Juan Trippe’s ultimate goal was to provide worldwide passenger air service. To do that, he needed to establish air routes, which he did by winning as many airmail contracts as he could. It was a hopscotch approach into Latin America but it eventually worked. With that under his belt, he turned his sights to transoceanic routes across the Atlantic and Pacific oceans. The challenge was to create a plane that could travel long distances over the seas and to be able to establish ports for the planes to land into — often in the most remote places. The plane would have to be a flying boat as few developed airfields existed across the vast expanses of the Pacific Ocean. 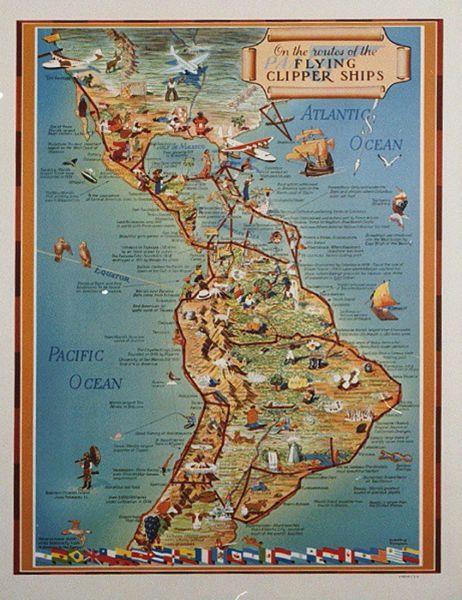 When Pan American Airways launched in 1929, Charles Lindbergh had signed a four-year contract to serve as a consultant in designing new aircraft, conduct flight tests, and survey new routes. He and his wife, Anne Morrow, were also instrumental in establishing the new routes across the Pacific and the Atlantic. 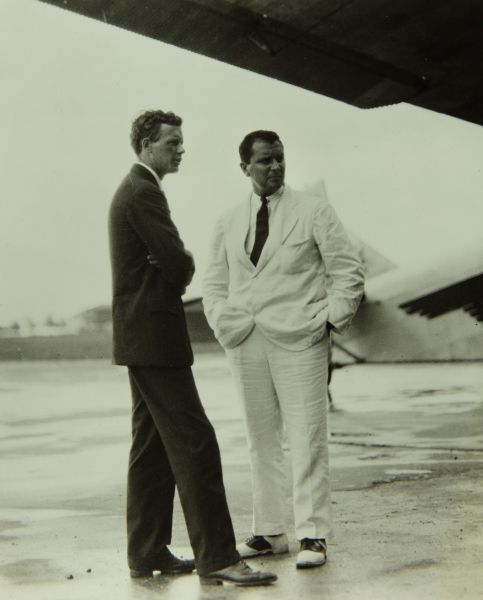 In 1935, the Sikorsky S-42 was used to test the surveyed routes across the Pacific. The original plan called for using the Martin M-130 to perform the testing but there was a delay in the scheduled delivery date. However, it quickly became clear that a larger plane was required, one capable of flying from San Francisco to Hawaii (the longest leg of the transpacific route at 2400 miles) with enough passengers, mail and cargo to be financially sound. Three Martin M-130s, christened Hawaii Clipper, Philippine Clipper, and the most famous, China Clipper, made their debut later that year. The China Clipper became the first plane to fly the entire Pacific route from San Francisco to Manila, beginning November 22, 1935, and on that flight, the first to inaugurate the delivery of mail across the Pacific Ocean. On October 21, 1936, the Hawaii Clipper was the first to carry passengers on the 8210-mile trip to Asia. Sadly, within ten years all three of the M-130s were lost in tragic accidents. 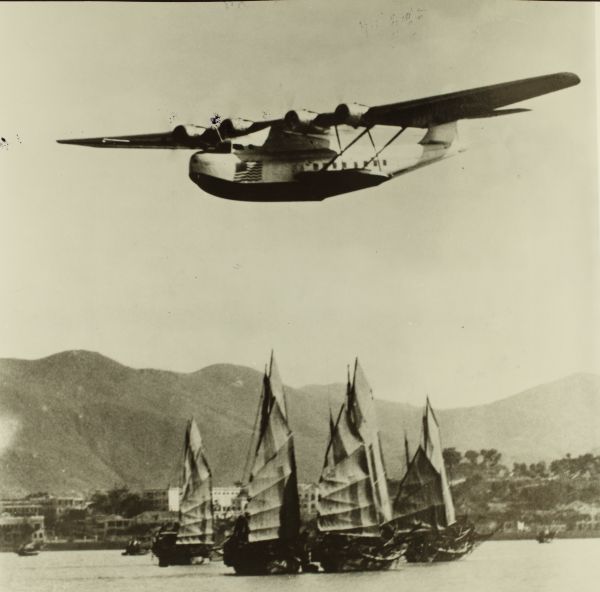