Pan American Airways was once the largest airline in the world and during its heyday in the 1930s, offered the most luxurious and comfortable air passenger service on their famous “Clipper” flying boats. Named for the square-rigged, clipper sailing ships of the 1800s, the Pan American Clippers were the first to carry air passengers around the globe. The earliest Pan Am Clipper was the Sikorsky S-40, followed by the larger and longer ranged Sikorsky S-42, then came the giant Martin 130 and finally the famous Boeing 314. 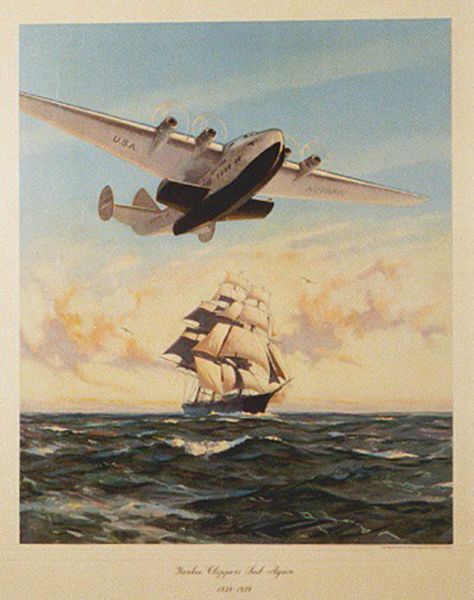 The iconic Boeing 314 Clipper depicted with its namesake, a Clipper sailing ship. This poster by Gordon Grant was a favorite of Juan Trippe, former founder and president of Pan American Airways.