The idea of naming the Pan Am flying boats “clippers” came from Juan Trippe, the founder, president and former chairman of Pan American Airways. He felt these planes were akin to the clipper sailing ships of the 19th century; one reason being that some of their flight paths were based on routes found in old clipper ship logbooks. Juan Terry Trippe was born on June 27, 1899 at Sea Bright, New Jersey, to a wealthy family with roots tracing back to the English settlement of Baltimore in the 1660s. The family made its fortune there in the 1800s by building, owning, and shipping on clipper sailing ships. He may have grown up fueling his imagination of world travel by poring over old Clipper logbooks in the family library. 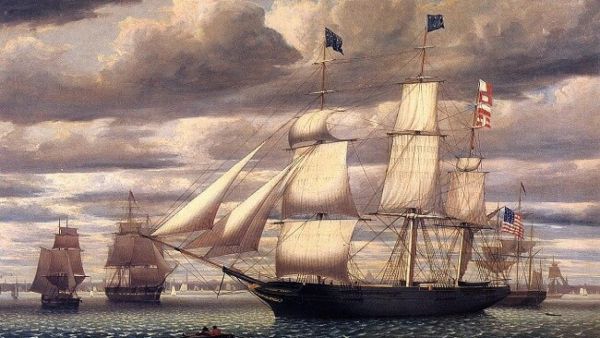 Trippe was expected to follow in his father’s footsteps as a Wall Street investment banker, and he did give it a go but was more fascinated with aviation. Trippe entered Yale University in 1917 when World War I was underway in Europe and took a leave of absence to join the Navy and learn to fly. While Trippe was commissioned an ensign in the U.S. Naval Reserve, he did not see combat as the war ended before he could go overseas. Trippe returned to Yale in 1919 to continue his education and helped form the Yale Flying Club. 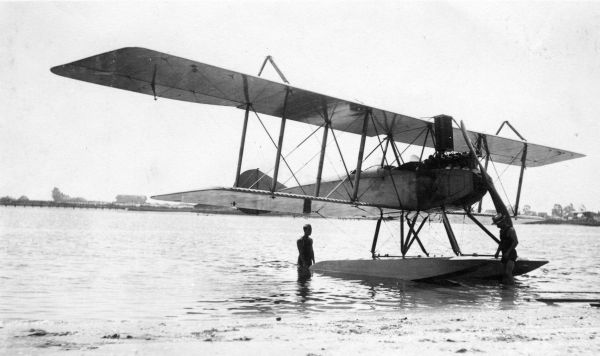 First developed in 1917, the Aeromarine 39B was a land and water based trainer used by the U.S. Navy.

In 1922, Trippe formed his first airline, Long Island Airways, with seven, war-surplus Aeromarine 39Bs he purchased for $500 apiece. The airline operated mostly as a taxi service for wealthy New Yorkers. It lasted for only two years, but it was his springboard into the business. Over the next few years, Trippe operated several airlines and founded Eastern Air Transport, which he merged with Colonial Airlines. The new company, Colonial Air Transport, was awarded the first government airmail contract, Route 1, between New York and Boston. 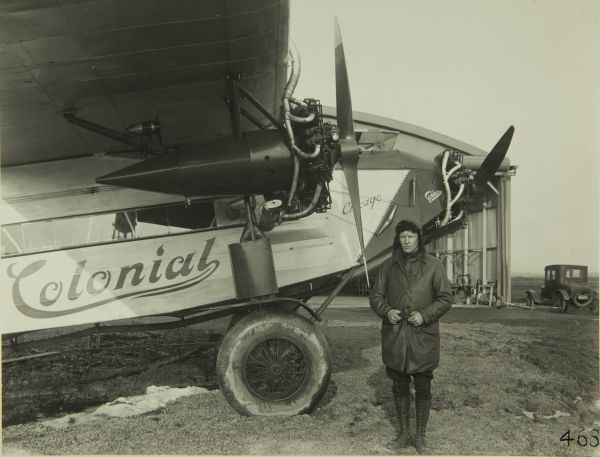 The Fokker F. VII was a trimotor designed in 1924 at the Dutch Fokker aircraft plant and used in air transport around the world for over 20 years.

As managing director of Colonial Airways, Trippe bought two Fokker F.VII to deliver the mail — making Colonial the first airline to employ an enclosed multi-engine plane for the job, instead of the single-engined, open cockpit aircraft other airlines used. He also formed the Aviation Corporation of America on June 2, 1927 with a Fokker F.VII as its first plane. The first passenger service began on January 16, 1928, on the Key West to Havana route, proving to be a favorite among vacationers. Its success allowed Juan Trippe to start Pan American Airways’ expansion into the Caribbean and Latin America. Aviation Corporation eventually merged with Pan American. 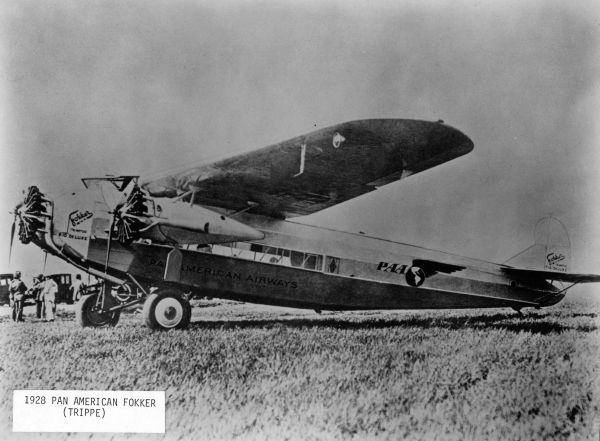