During the summer of 1946, the War Assets Administration (WAA) ran newspaper and aviation magazine ads touting the sale of seven Clippers for $50,000 each. According to the advertisement, the planes also came with “a large quantity of spare parts, including engines, instruments and servicing equipment.” In preparation for their sale, the U.S. Navy flew California, Atlantic, Dixie, and American to San Diego where the weather was more favorable against corrosion. The Clippers were anchored in the bay until their cradles arrived, then moved to the Convair seaplane ramp. 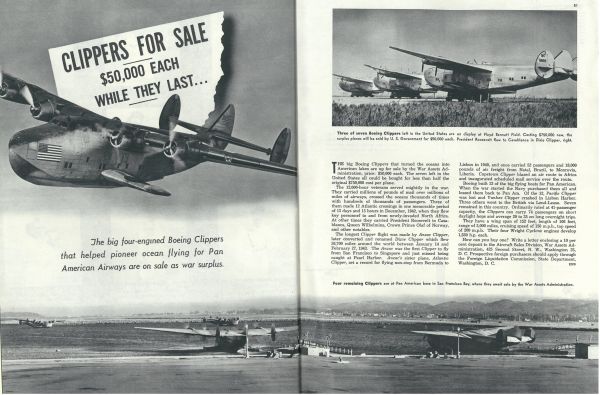 This double-page spread advertising “Clippers for Sale” appeared in the August 1946 issue of Flying magazine. 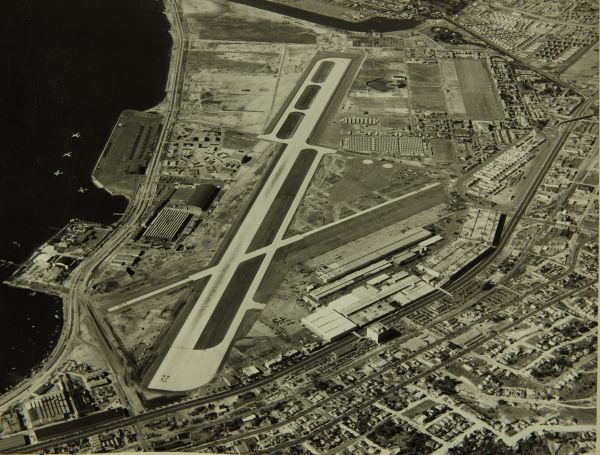 Four Clippers are docked west of the Convair seaplane ramp in San Diego on December 7, 1946.

By the end of August, all seven U.S.-owned planes were sold to Universal Airlines, a non-scheduled airline, for $325,000 and mortgaged to the General Phoenix Corporation. NC18609 Pacific Clipper was not flyable due to a damaged wing tip and was dismantled for parts to keep the others airworthy. 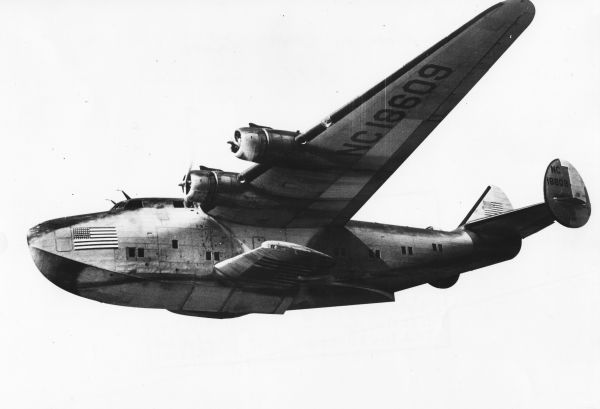 On May 28, 1947, Universal went bankrupt and sold the remaining six planes to American-International Airlines (AIA) for $500,000. AIA was a registered contract air carrier and could only charter out the planes to other air carriers. That Fall NC18612 Capetown Clipper (renamed Bermuda Sky Queen) was leased out and sunk in the North Atlantic, causing AIA to lose their operating license. Meanwhile, Anzac remained on the east coast, while California, Atlantic, Dixie, and American were in San Diego — supposedly undergoing refurbishing. 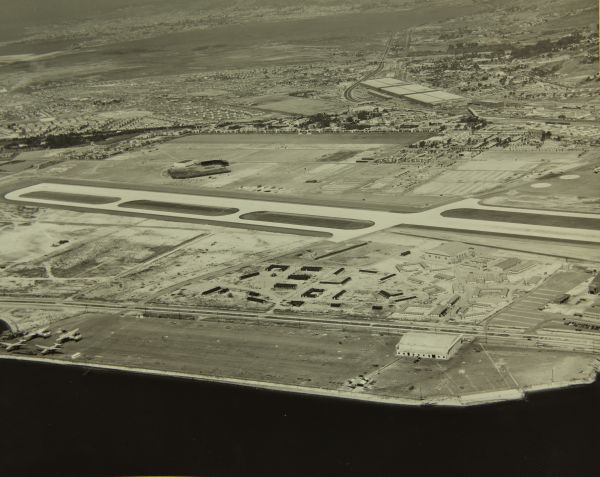 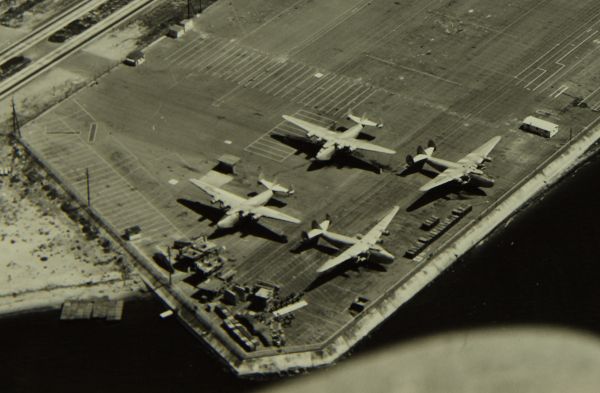 In April 1948, the BOAC 314s sold for $6,949.74 each to J. Stuart Robinson, president of World Airways, Inc., and former owner of American International Airways, with the insurance money Robinson collected from the Bermuda Sky Queen disaster. He also mortgaged out NC18611 Anzac and the stored planes at San Diego, allowing World Airways to put all of the remaining Boeing 314s in their fleet. Mortgage holder General Phoenix Corporation held their title and gave clearance for NC18605 Dixie, NC18606 American, and NC18611 Anzac to be dismantled for parts to keep the BOACs flying on the New York to San Juan route. 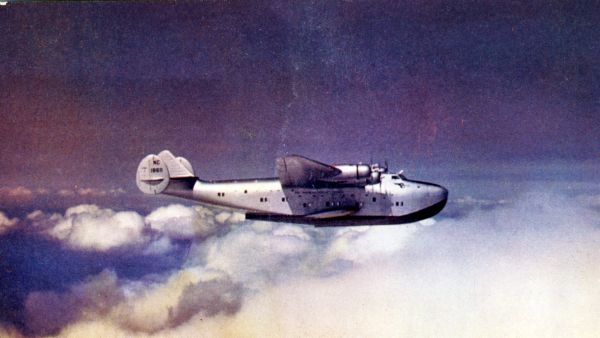