When airmail service began in 1918 airplanes were still a relatively new invention. Pilots flew in open cockpits in all types of weather and without navigational aids. By 1921, radio was in use and allowed for the first transcontinental airmail route between New York and San Francisco. By 1925, the United States Post Office was delivering 14 million pieces of airmail over 2.5 million miles, prompting the government to pass the Air Mail Act. This allowed contracts to private companies for the delivery of mail. The Ford Motor Company operated a division as Ford Air Transport, the first company granted a mail delivery license, operating the Stout 2-AT aircraft — the predecessor of the Ford Trimotor. At the time mail delivery provided a secure income for airlines as passenger service was slowly gaining acceptance. The goal for airlines was to accumulate as many airmail contracts as possible. Passenger service continued to expand and by 1930 over 400,000 people were flying on U.S. carriers. 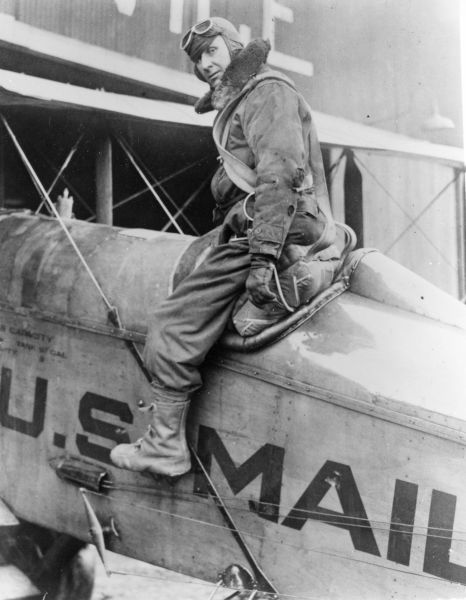 An early airmail pilot, sitting on his parachute, is dressed in heavy clothing for protection against inclement weather. 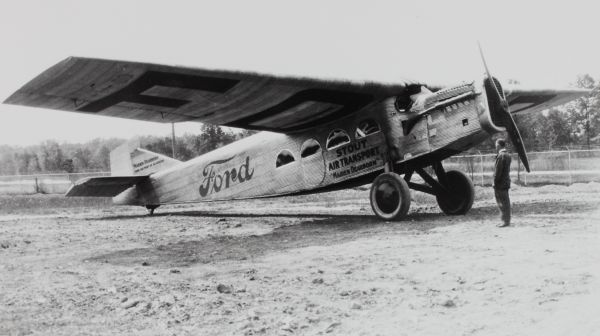 The Stout 2-AT airplane, designed by William B. Stout, first flew in February 1924. It had a cruising speed of 100 miles per hour, a range of 500 miles, and a capacity of six passengers or 1,500 pounds of freight. 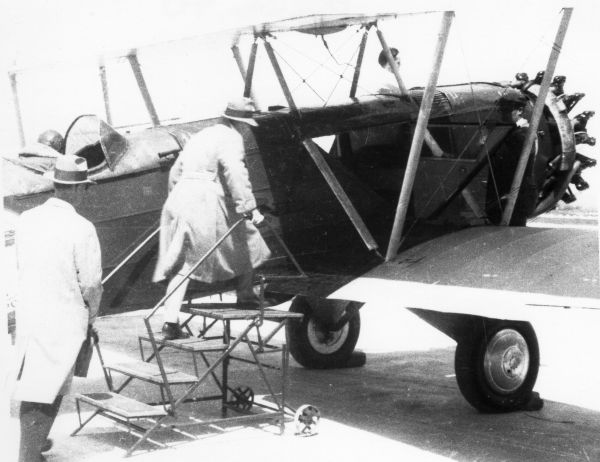 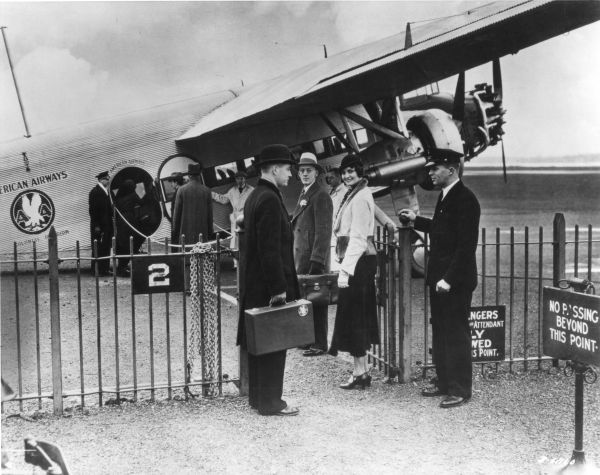 As traveling by air became more sophisticated, so did the passengers! This group is boarding a Ford Trimotor.