Not one B-314 Clipper was destroyed or seriously damaged to enemy action during World War II, however three were lost in tragic accidents. The first lost was Yankee Clipper – the pride of Pan Am’s fleet (and the one christened by Mrs. Roosevelt). On February 22, 1943, while coming in for a routine landing on Lisbon’s Tagus River, Captain Rod Sullivan banked the plane steeply and accidently dug a wingtip into the water, causing the plane to nose-in and cartwheel. The violent crash killed 24 of its 39 passengers and crew and destroyed the aircraft. Yankee Clipper was the only Boeing 314 lost in an accident determined to be caused entirely by pilot error. The month before, the famous plane had become the first airliner to complete more than a million miles of transatlantic flight. 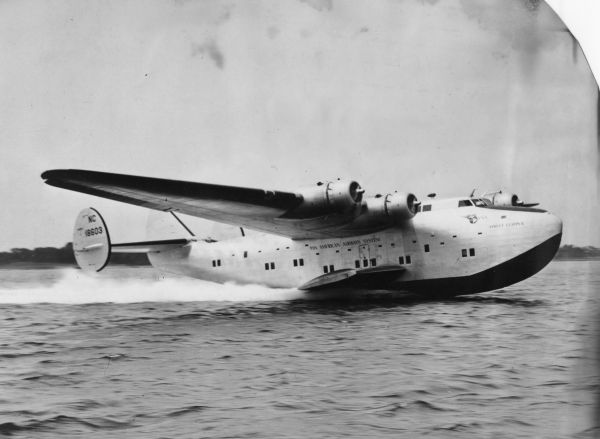 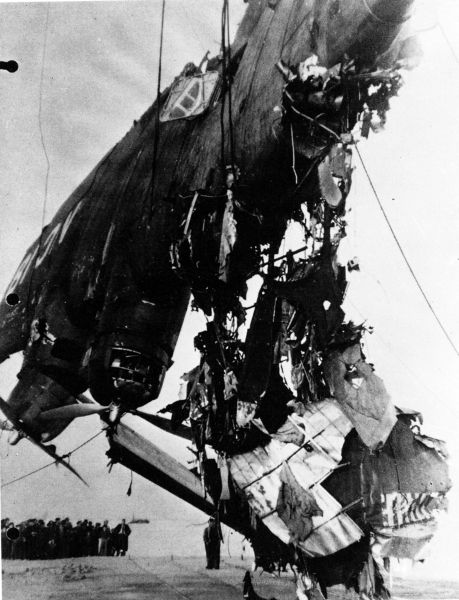 On November 3, 1945, two months after the end of the war, NC18601 Honolulu Clipper made a forced landing on the Pacific about 650 miles east of Oahu, after developing engine trouble. All 26 crew and passengers were safely rescued, but while undertow by the U.S. Navy (who still owned the plane), it drifted into the rescue ship, seaplane tender USS San Pablo, and was badly damaged. Unable to be towed further, the plane was determined to be a menace to navigation and ordered sunk. After firing 1,300 20mm rounds by the crew of the San Pablo, the plane sank spewing smoke and fire. Honolulu Clipper was Pan Am’s first B-314, making its debut in 1939, and had flown 18,000 air-hours; 11,595 while in military service, and carried a Who’s Who list of well-known passengers. 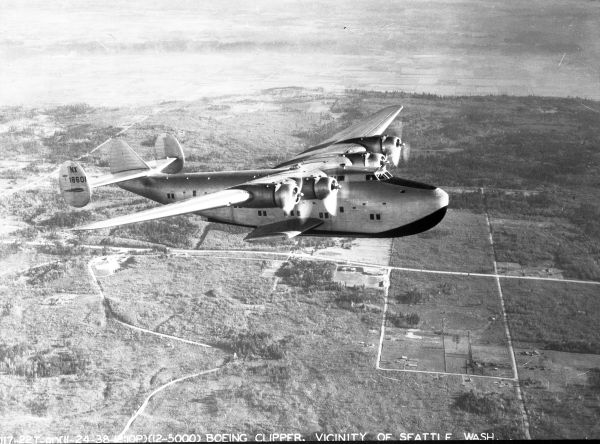 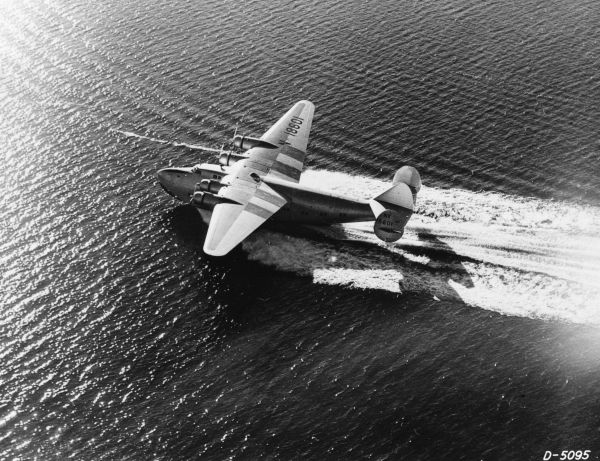 On October 14, 1947, the heavily laden NC18612 Capetown Clipper (renamed the Bermuda Sky Queen by new owner American International Airways) was forced down in the North Atlantic after strong head winds caused it to run short of fuel. The plane drifted in high surf for 24 hours about 700 miles east of Newfoundland before the U.S. Coast Guard cutter George M. Bibb arrived. During attempts to bring the plane under tow, high surf caused the bow to crash against the cutter, causing the disabled aircraft to flood. After a harrowing 24 hours, all 69 on board were safely evacuated to the cutter, however the plane was declared a derelict and sunk by gunfire. Capetown Clipper had flown 12,000 air-hours since its debut in 1941 and had made Pan Am’s last transatlantic flying boat flight on Christmas Eve, December 24, 1945. 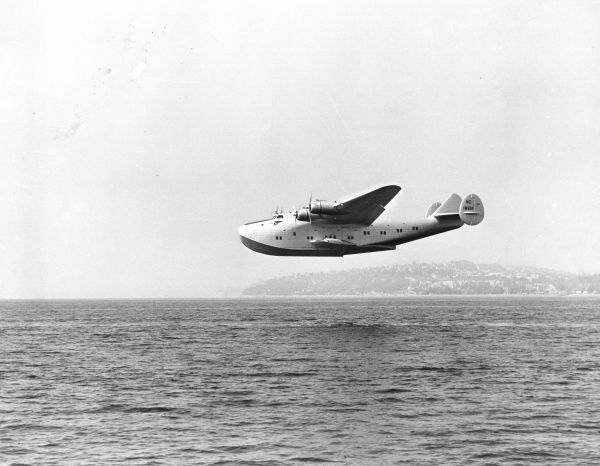 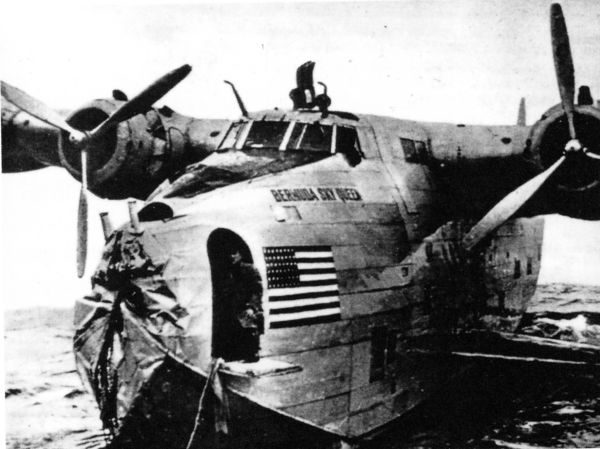