By early 1949, World Airways was bankrupt, leaving the three BOAC B-314s on their cradles at Baltimore, and California, Atlantic, and Dixie on the seaplane ramp in San Diego. The following year, World Airways came under new ownership, but by then the B-314s were no longer part of their fleet. Before Robinson’s departure, he authorized the dismantling of NC18608 Berwick and sold the remains in late 1949 to Baltimore’s Tomke Aluminum Co. for scrap. The two other former BOAC planes, NC18607 Bristol and NC18610 Bangor were sold to the Baltimore Lumber Co., who may have wanted to use them as fire-fighting aircraft. Unable to bring them into flying condition, Bangor was sold for $2,000 to the Tomke Aluminum Co. for scrap. 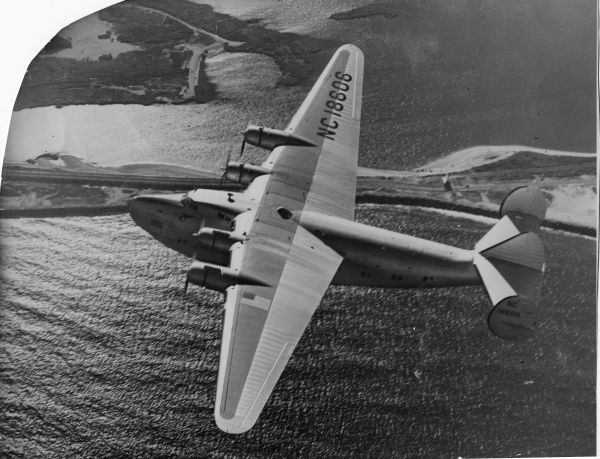 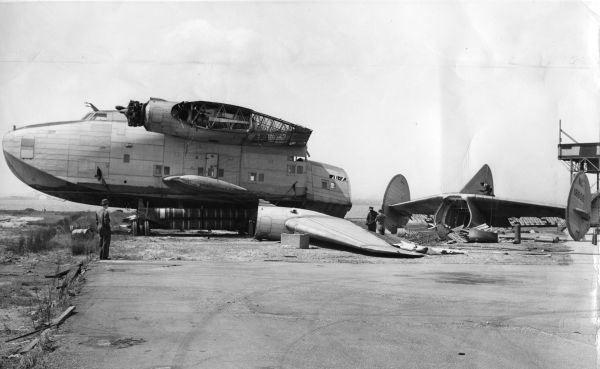 At some point, it appears that NC18606 American Clipper returned to Harbor Field in Baltimore where it was parted out and sold for scrap. April 1950. Photo courtesy of Mark Aldrich.

New owner Tomke Aluminum Co. banked on the idea that Bristol could become airworthy again, and put it up for sale in 1950. Jesse Boland purchased the plane and slowly began refurbishing it while it remained anchored in Baltimore Harbor. During the summer of 1951, Bristol tore from its moorings during a storm and unceremoniously sunk. After Boland abandoned the plane, harbor officials declared it to be derelict and scrapped the plane. NC18607 Bristol had been the last B-314 to fly on January 27, 1948. 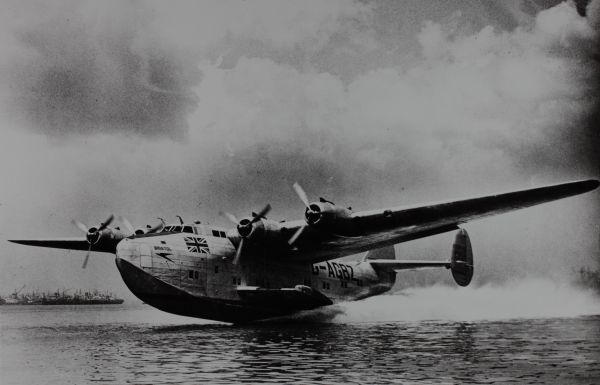 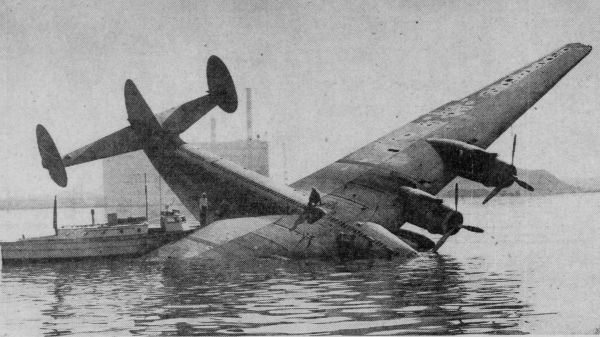 The last remaining B-314 Clippers were NC18602 California, NC18604 Atlantic, and NC18605 Dixie in San Diego. World Airways was their registered owner, and the General Phoenix Corporation held their title. 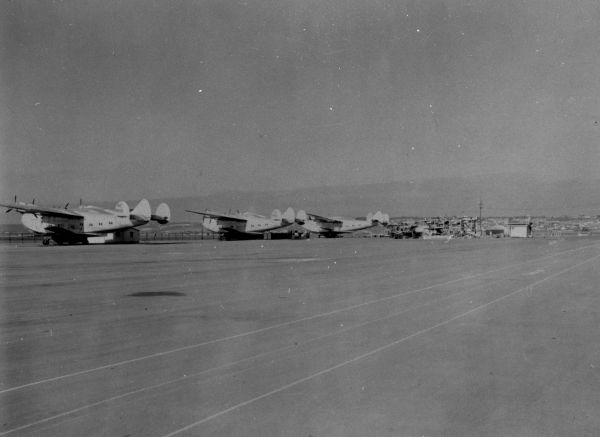 On the Convair seaplane ramp in San Diego are, from left to right, NC18602 California Clipper, NC18604 Atlantic Clipper, and NC18605 Dixie Clipper.

At this point, their “paper trail” appears to have fizzled out, however some photographs remain, and a couple of eyewitness accounts as to what happened to the last three Clippers. They were last reported seen in 1951, still perched on their cradles at Lindbergh Field. 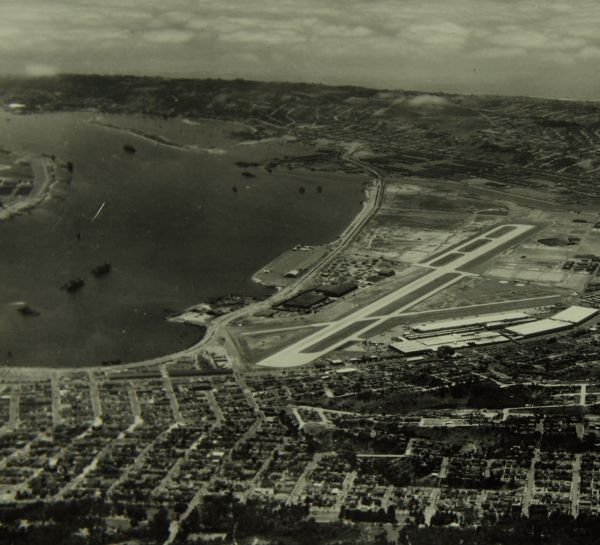 The four Clippers were still on the Convair seaplane ramp as late as September 1948.

By June 1949, at least two of the Clippers have been moved from the seaplane ramp to a location just west of the tarmac. By their position inside the red circle, they appear to be NC18602 California and NC18604 Atlantic.

Seen from left to right are NC18602 California Clipper on blocks and NC18604 Atlantic Clipper on a cradle at San Diego. 1949.

NC18605 Dixie Clipper was the first commercial aircraft to land in Africa; the first to operate on a route linking four continents; the first all-metal air transport to fly 3,120 miles non-stop; and the first U.S. aircraft to carry passengers and a cargo of mail across the South Atlantic. Here at Lindbergh Field, the dismantling has begun on the wings and engine cowlings. c.1951. 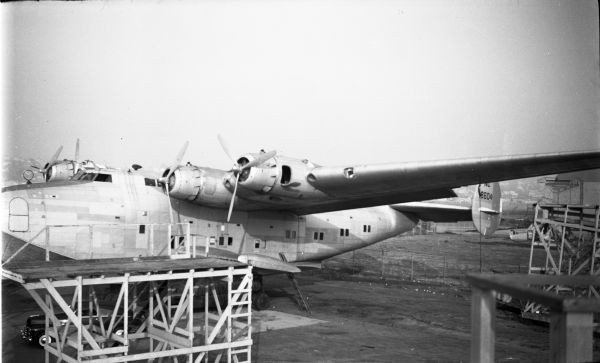 NC18604 Atlantic Clipper made its first official passenger flight over the Atlantic on June 17, 1939. Ten years later, it is being dismantled at Lindbergh Field, San Diego c.1950-51. Photo courtesy of Mark Aldrich. 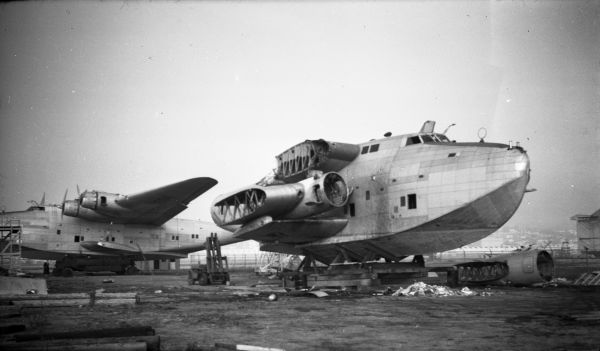 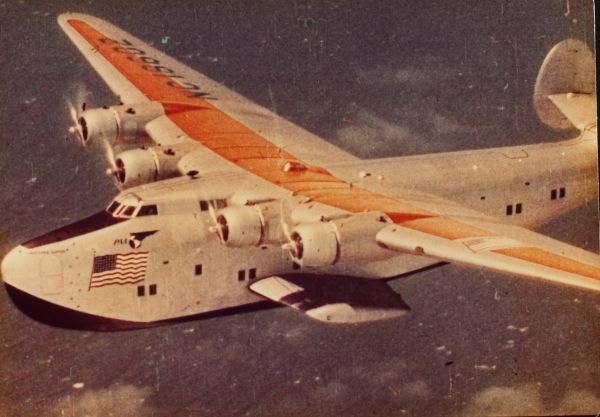 The 12 Boeing 314s were such a small fleet but compiled more than 12,500,000 air miles, averaging 18,000 flying hours each during their six years of operation. Their vast and timely contribution to the advancement of international air service cannot be understated. Within a decade, the giant B-314s pioneered passenger traffic across the Atlantic and Pacific oceans, and were distinguished as wartime transports. They were glamorous and romantic and are now part of America’s aviation past. 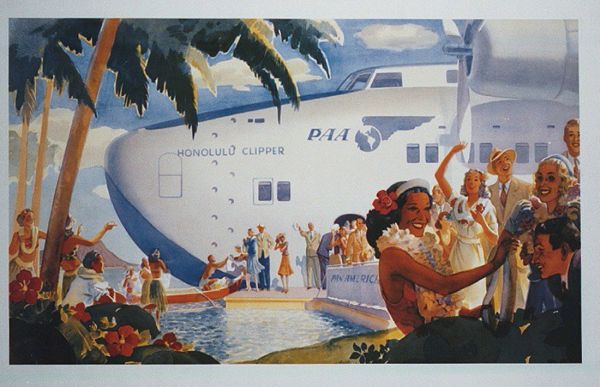 Juan Trippe, who had been in control of Pan Am almost since its inception, retired in 1975 at the age of 76. He continued to attend board meetings until he was past 80 and died in April 1981. He was about 51 years old when the last of his beloved B-314s were scrapped in San Diego. Too bad not one was saved. 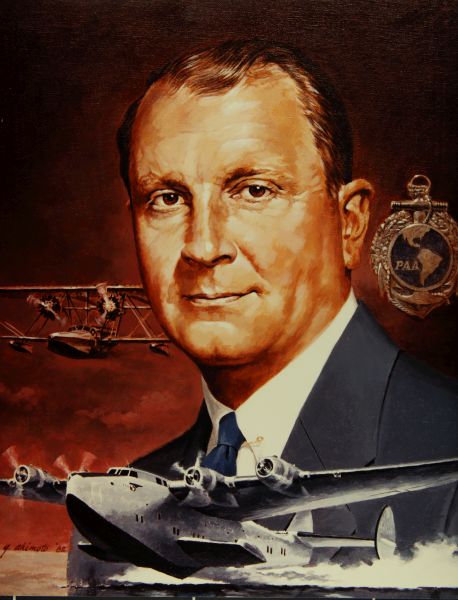