The first aircraft, dubbed Honolulu Clipper, was held for experimental use until after NC18602 California Clipper and NC18603 Yankee Clipper were delivered to Pan Am. On February 23, 1939, NC18602 California Clipper departed San Francisco for its shakedown cruise over the Pacific, arriving in Hong Kong on March 3, with stops along the way at Hawaii, Midway, Wake, Guam, Manila, and Macao. On March 29, California Clipper inaugurated regular passenger service on the same 18,000 mile round trip route. 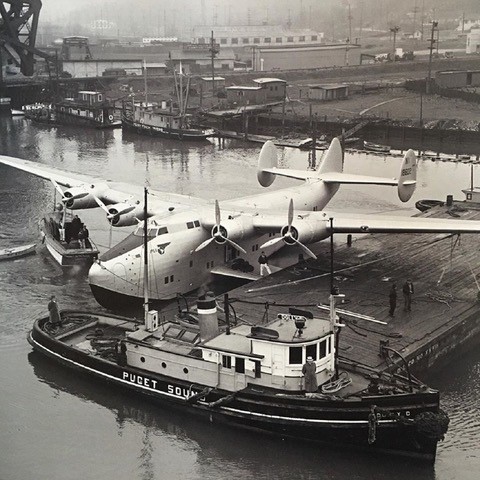 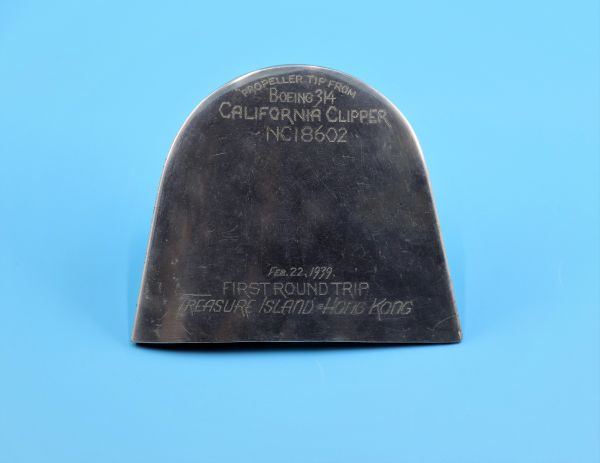 On March 3, 1939, the same day California Clipper arrived in Hong Kong, First Lady Eleanor Roosevelt christened NC18603 Yankee Clipper in Washington, D.C. with a champagne bottle filled with ocean water collected from the seven seas before a crowd of thousands and millions more listening to the live radio broadcast. 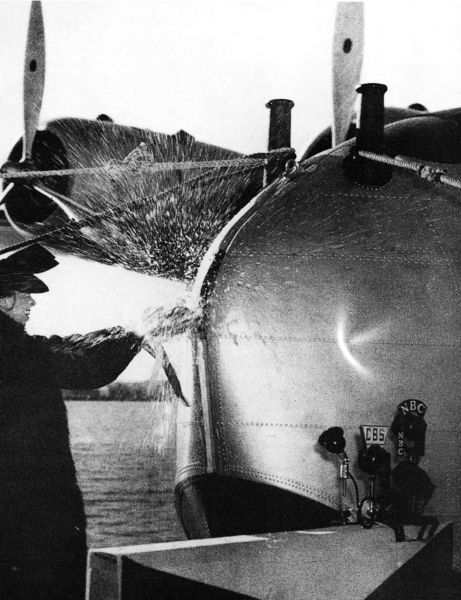 Pan American inaugurated the first and long anticipated mail service across the Atlantic on May 20, 1939 with Yankee Clipper. Under the command of Captain A. E. LaPorte, almost a ton of mail was transported along the mid-Atlantic route from New York to Marseilles, France via the Azores and Lisbon, Portugal. Seven days later, Yankee Clipper returned to New York, completing the first commercial (round-trip) airmail flight across the Atlantic. On July 8 Yankee Clipper opened the north-Atlantic passenger route from New York to Southampton, England, via Newfoundland and Foynes, Ireland, with 17 paying customers. The cost for a one-way ticket to Europe was $375 (about $7,000 in today's money) or $675 roundtrip (over $12,000 today). 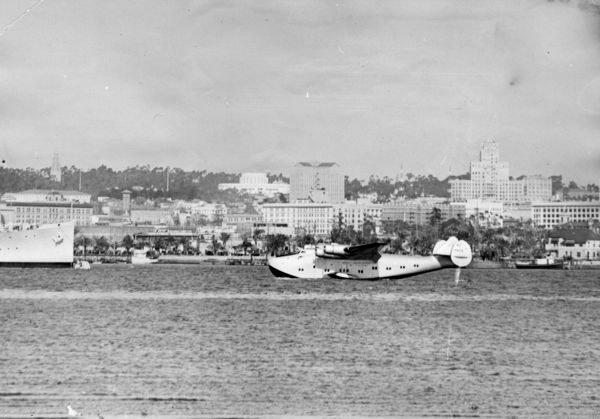 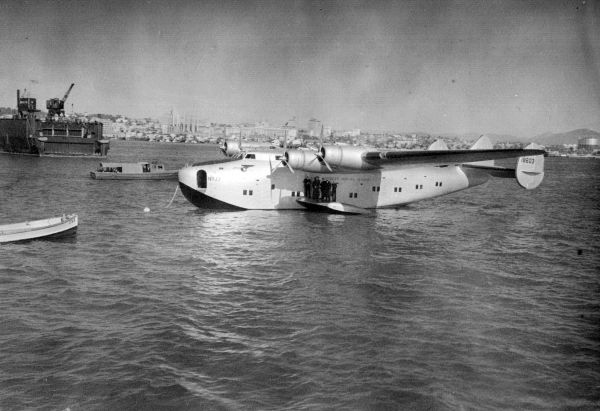 June 1939 was a notable month for Pan Am. Boeing delivered the last of the first six contracted B-314s — NC18604 Atlantic Clipper, NC18605 Dixie Clipper, and NC18606 American Clipper. On June 17 Atlantic Clipper made its first passenger flight over the Atlantic with 16 passengers consisting mainly of radio and newspaper reporters. 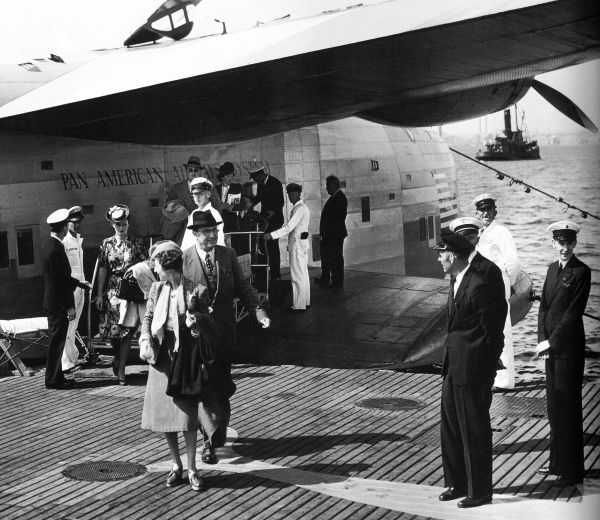 As crew looks on, passengers disembark from Atlantic Clipper at La Guardia, 1939. Photo courtesy of University of Miami, Richter Collection, Pan Am Collection.

The first flight of regular passenger service on the mid-Atlantic route from New York to Marseille started 11 days later with Dixie Clipper carrying 22 passengers — and a waiting list of 500! The 85-piece Port Washington High School band played for the thousands of onlookers gathered to watch the historical departure. Up to that time, the fastest way for passengers to cross the Atlantic to Southampton was aboard the RMS Queen Mary, which made the sea voyage in 1938 in a record time of 3 days, 20 hours, and 42 minutes. The Dixie Clipper made the same journey in 42 hours, which included nearly 30 hours of flying time. 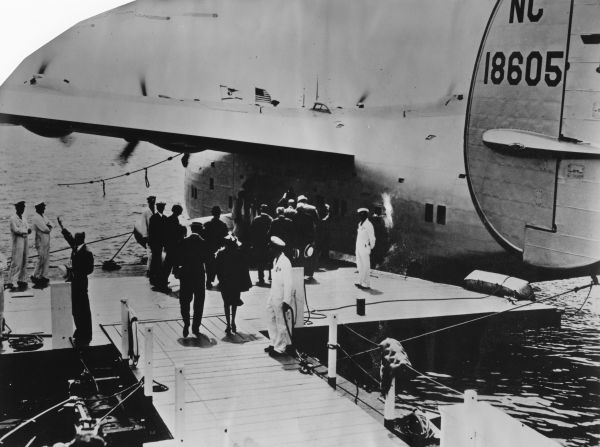 Noted passengers on the Dixie’s historic flight across the Atlantic included multi-millionaire Cornelius Vanderbilt Whitney and his wife, the last to stroll down the gangplank to the plane. June 28, 1939.

The outbreak of World War II in Europe on September 3, 1939 forced Pan American to suspend civilian passenger service to Marseille and Southampton one month later. However, the company continued to fly Clippers to Europe via the Lisbon route. During October, Pan Am also exercised its option with Boeing and ordered six more B-314s.