The story of how Pan American Airways came to be is a bit of a mystery, but why it did is undeniable. During mid-1927 competition among newly formed airlines was fierce, particularly for the coveted Key West to Havana airmail route as it held the potential for expansion of more lucrative air routes into Central and South America. Juan Trippe, who had organized the Aviation Corporation of America, formed a partnership with competing airlines to establish Pan American Airways with himself as president, and win the prized contract — plus a $25,000 performance bond. That strategic move allowed for the first delivery of airmail to Havana to be made on October 18, 1927, in a chartered Fairchild FC-2, named La Niña, piloted by Cy Caldwell, and opening the door for Pan Am’s expansion into worldwide service. 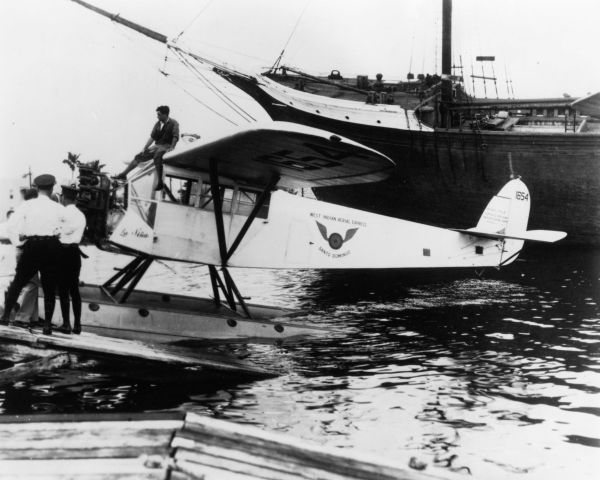 La Niña in Miami, preparing for the inaugural flight to Havana, Cuba, via an overnight in Key West, October 18, 1927. 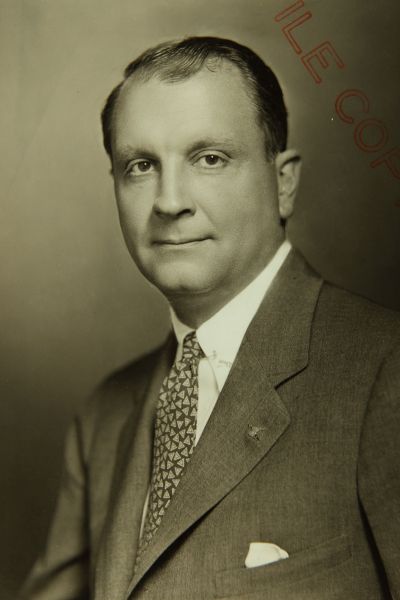 The Sikorsky S-40 was first airplane to bear the name Clipper, which became a registered trademark of Pan American. On Columbus Day, 1931, with U.S. Navy and Marine Corps bands playing, Mrs. Herbert Hoover christened the first S-40 as the American Clipper. The Caribbean Clipper and the Southern Clipper soon followed. All three flew Central and South American routes. Juan Trippe had each of Pan Am’s Clippers named after romantic ports of call, believing it would entice the public to travel on his planes to exotic places. The S-40 became so popular with the public that it was featured in the 1933 musical, “Flying Down to Rio” starring Fred Astaire, Ginger Rogers, and Dolores del Rio. 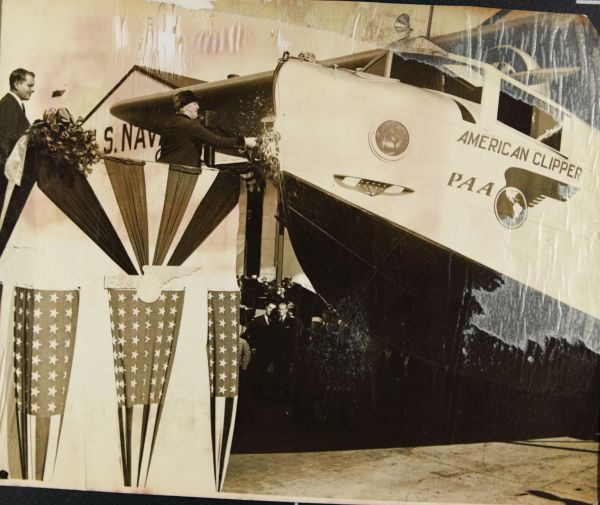 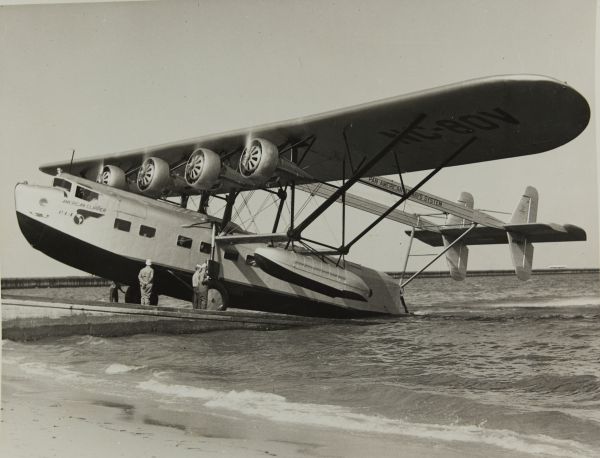 Juan Trippe referred to the S-40 as his "flagship" and that it represented "the first American example of the great airliner of tomorrow that will speed trade and goodwill among nations." On November 19, 1931, four weeks after its christening, Charles Lindbergh piloted the inaugural flight of the S-40 from Miami to Cristóbal, Panama via Kingston, Jamaica, and Barranquilla, Colombia with 32 passengers onboard including Igor Sikorsky. During the flight, Lindbergh and Sikorsky discussed ideas for a larger and improved plane capable of flying 1,200 miles nonstop. These conversations led to the development of the S-42. 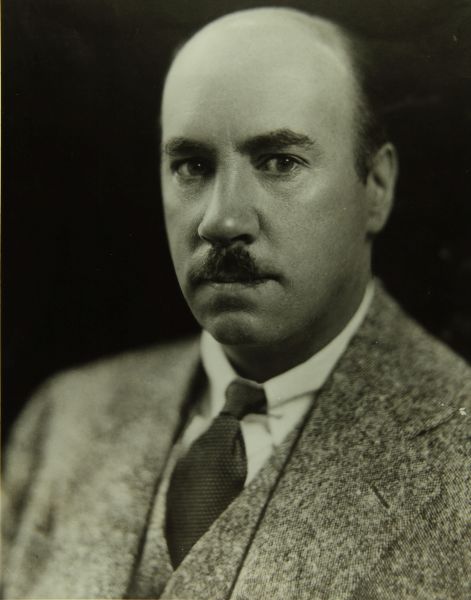 Igor Sikorsky (1889-1972) was a Russian–American aviation pioneer in both helicopters and fixed-wing aircraft. 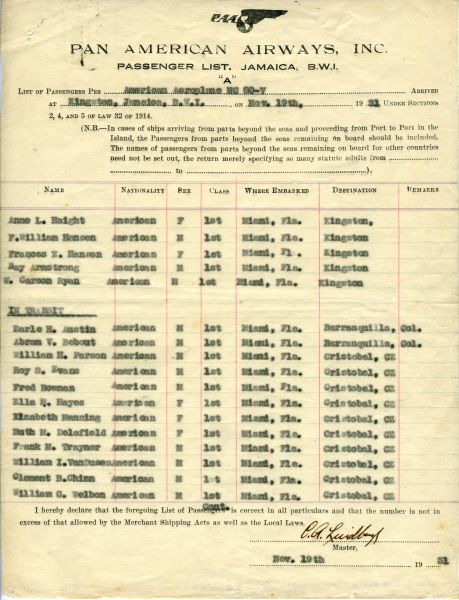 This partial passenger list, signed by Charles Lindbergh, is for American Clipper’s inaugural flight arriving in Jamaica, November 19, 1931. Notice that everyone is listed as a “1st Class” passenger. 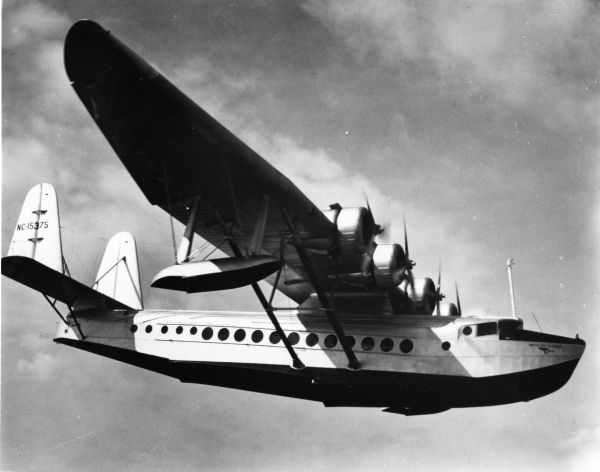