With the end of World War II, both Pan Am and BOAC put their Boeing Clippers back on regular passenger service, but the U.S. Navy still owned the planes. Pan Am was given the option to buy them back from the government at $50,000 each but declined as the planes were by then considered obsolete. Faster landplanes such as the Douglas DC-4 and Lockheed L-049 Constellation would cut ocean-going flight times in half and faced fewer operational hazards than flying boats. Wartime airfield construction across the Pacific had changed the scene as well, making it cost effective to span that great ocean in a landplane for the first time. Trippe knew if he was to keep Pan Am on top, he would have to sacrifice luxury for speed and offer reduced fares. Pan Am’s last B-314 commercial service was discontinued on April 8, 1946 with its shuttle flights between California and Hawaii. 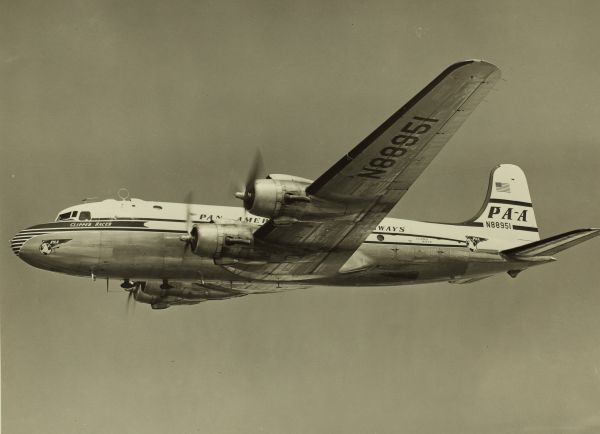 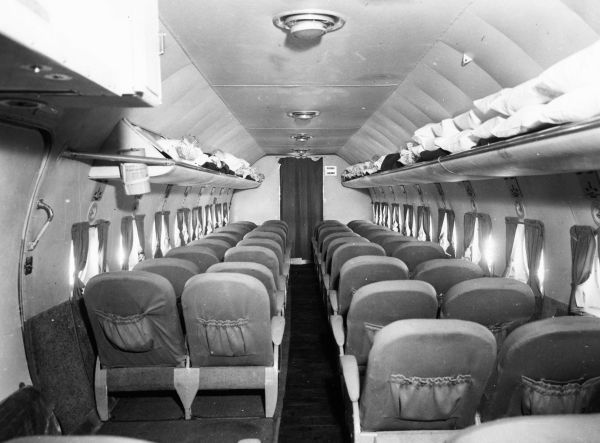 The Douglas DC-4 had enough seats for 42 passengers.

Five months after Honolulu Clipper was sunk, the last Pacific shuttle flight of a Pan Am Clipper took place on April 8-9, 1946 when NC18606 American Clipper flew from Honolulu to San Francisco. The flight took off without fanfare and carried 24 passengers for 16 hours and 39 minutes. At San Francisco’s land terminal, a Lockheed L-049 had arrived from Hawaii four hours earlier with 42 passengers in a record-breaking 9 hours and 9 minutes. 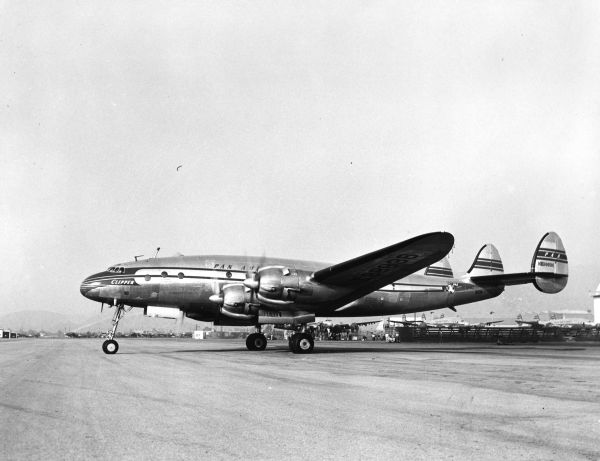 A Pan Am Lockheed L-049 Constellation.

The U.S. Navy decommissioned the Boeing 314s and sent Atlantic, Pacific, Anzac, and Capetown Clippers to Floyd Bennett Field in Brooklyn for storage and disposition. American and Atlantic Clippers were sent to Alameda near San Francisco, to join sister ships California and Dixie. Pacific, Anzac, and Capetown, were put up for sale by the War Assets Administration (WAA) at the end of January 1946 and by April, the four in California were added to the list.

At Floyd Bennett Field in Brooklyn are from left to right: Pacific, Capetown, and Anzac Clippers, 1946. 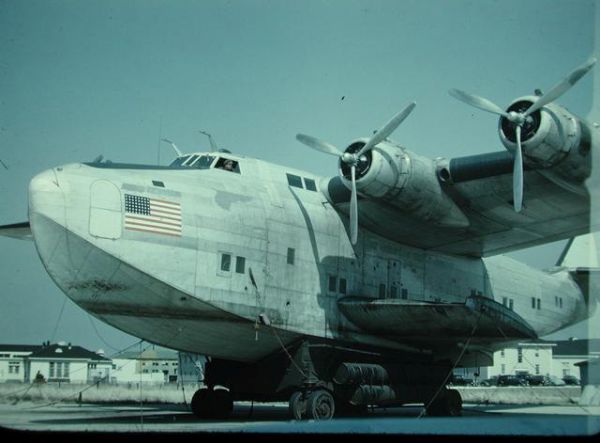 The BOAC B-314s, Bristol, Bangor, and Berwick, were taken off the transatlantic route in 1946, but continued to fly the Baltimore-Bermuda run until January 27, 1948. After Bristol made the final Bermuda flight with 55 passengers all three were withdrawn from service and beached on cradles at Baltimore’s Harbor Field. During their six and one-half years of service, the BOAC B-314s had flown 4,250,000 miles while carrying 40,042 passengers.

Bristol is coming in for BOAC’s final B-314 landing while Berwick sits on a beaching cradle and Bangor is at right, behind the building. January 27, 1948.