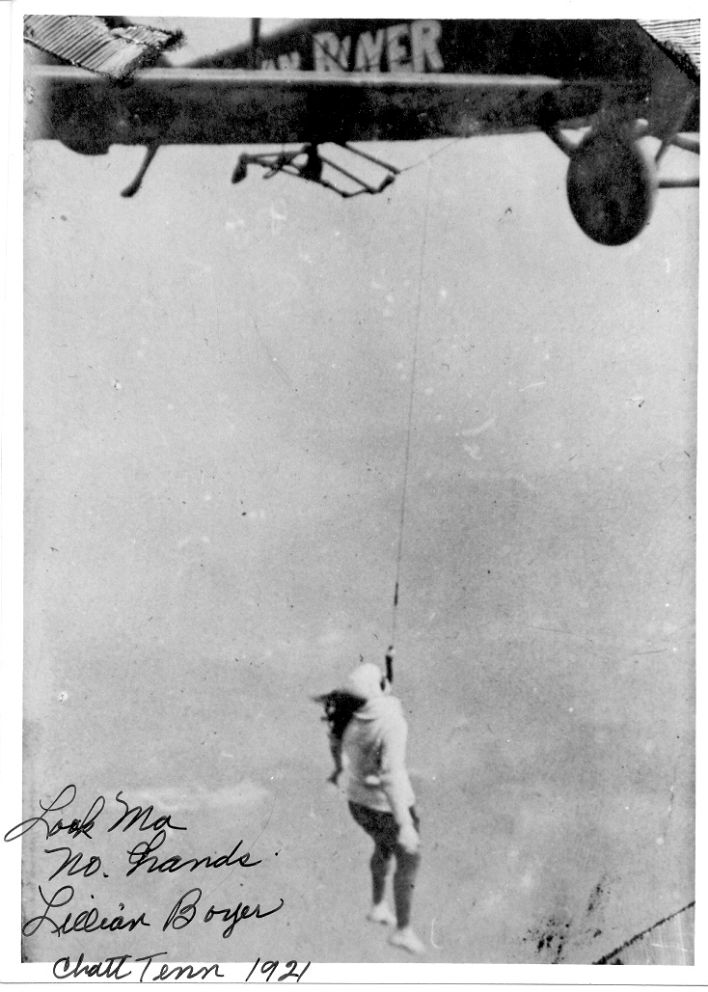 “Look Ma, No Hands!” Lillian Boyer (1901-1969) was a sensational aerialist during the 1920s. She had her first ride in an airplane in 1921, and on the second ride, she climbed out on the wing. Throughout her career, she performed at 352 shows in 41 states and Canada, completing 143 automobile-to-plane changes and 37 parachute jumps. In this photo, she is hanging by her teeth! Chattanooga, Tennessee, 1921.

Women aerialists of the 1910s and 20s busted the female stereotype for their time. They were strong and fearless, and just as competitive and amazing in their stunts as the men; and like the men, were bitten by the aviation bug early on when box-kite planes were being flown. 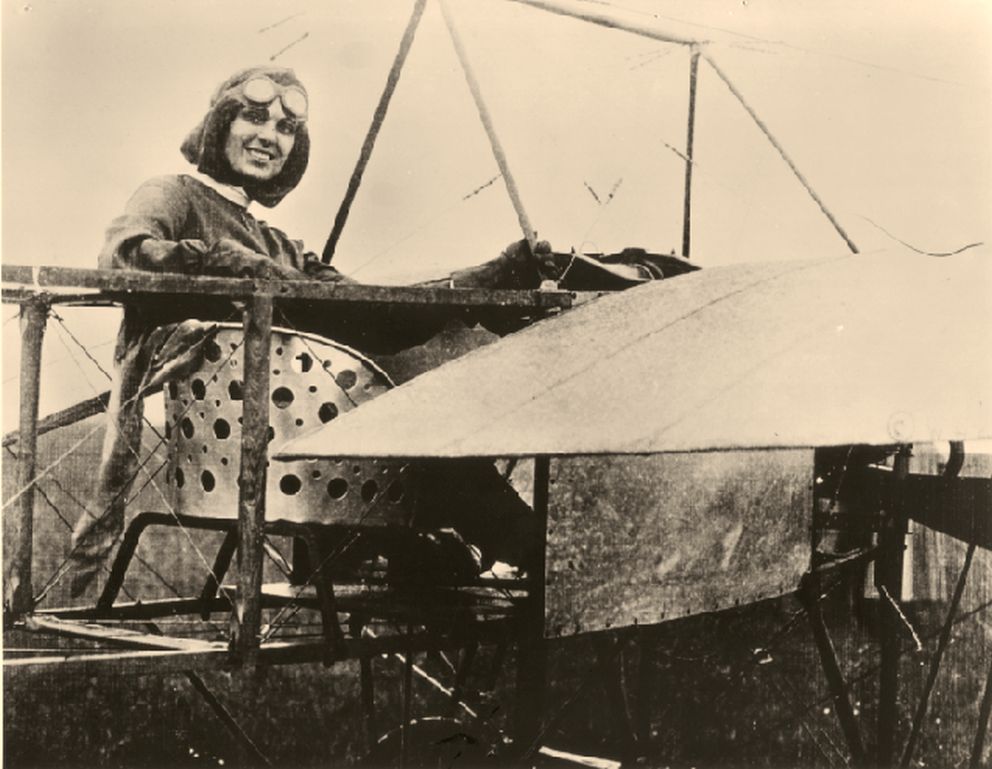 Harriet Quimby (1875-1912) became interested in aviation in 1910 when she attended the Belmont Park International Aviation Tournament in Elmont, New York. The following year, she became the first woman to earn a pilot’s certificate from the Aero Club of America (and the second licensed woman pilot in the world). She joined the Moisant International Aviators exhibition team and specialized in cross-country racing. Quimby was the first woman to fly across the English Channel and was easily recognized by her purple satin flying outfit. 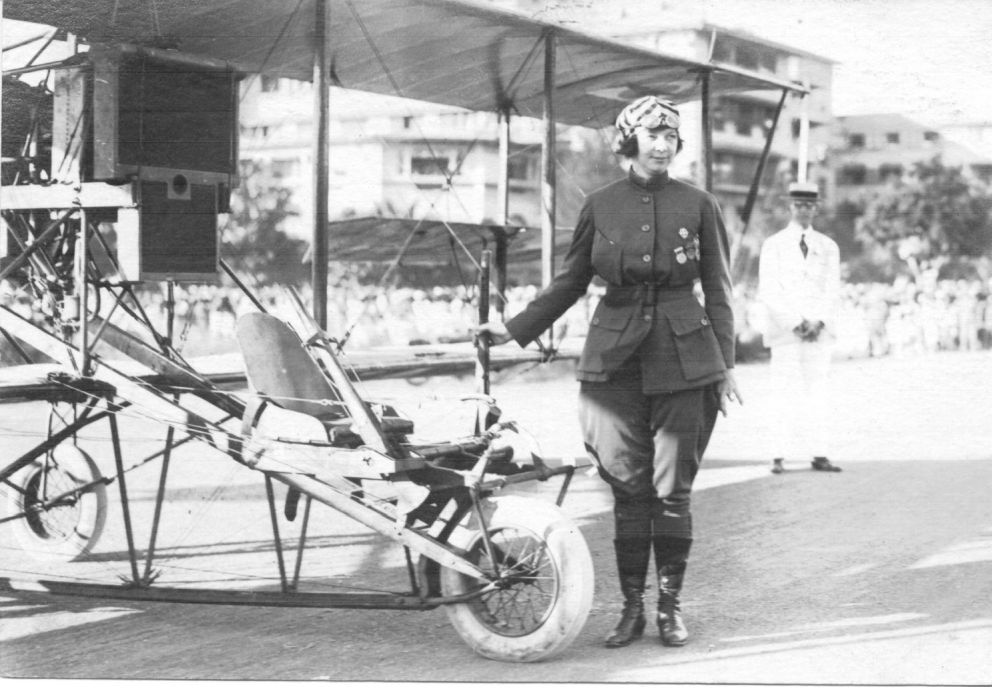 Ruth Law (1887-1970) was fascinated with aviation and bought her first plane from Orville Wright. She received her pilot’s certificate in 1912 and began performing aerial stunts; she was also the first woman to do an aerial loop. In 1917, she was the first woman authorized to wear a military uniform, but was denied her wish to fly in combat. After World War I, she formed her own flying troupe, “Ruth Law’s Flying Circus.” 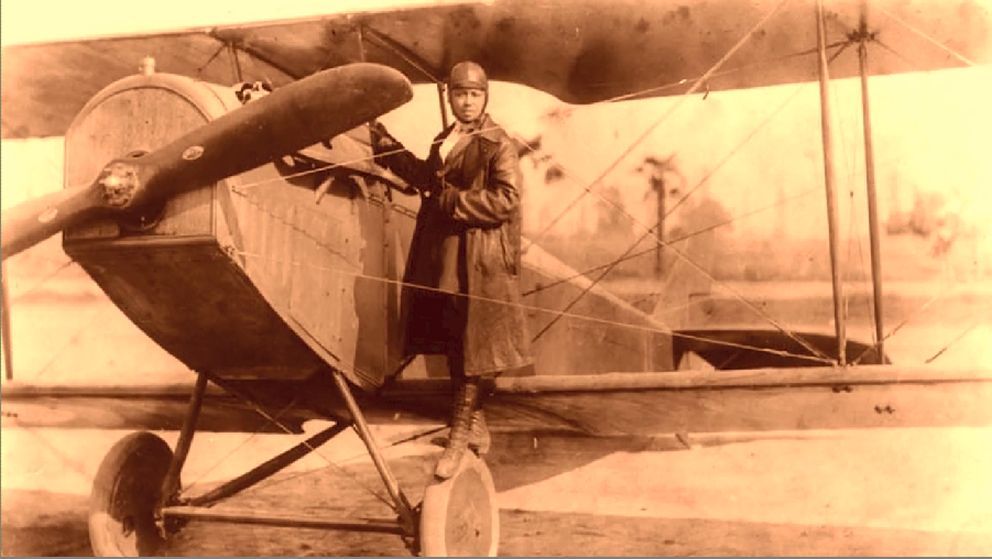 Bessie Coleman (1892-1926) was inspired by World War I pilots, but could not find a flying school in the US to accept her. So, she learned to speak French, left for France and enrolled at the Ecole d’Aviation des Freres Caudon at Le Crotoy where she learned how to do tail spins, banking, and loops. After ten months of schooling, she earned her pilot’s license on June 15, 1921 from the Federation Aeronautique Internationale, becoming the first African-American to earn an international pilot’s license. Back in the United States, she flew for flying exhibitions and wore a military-type uniform to fashion herself like the male daredevil pilots of her time. 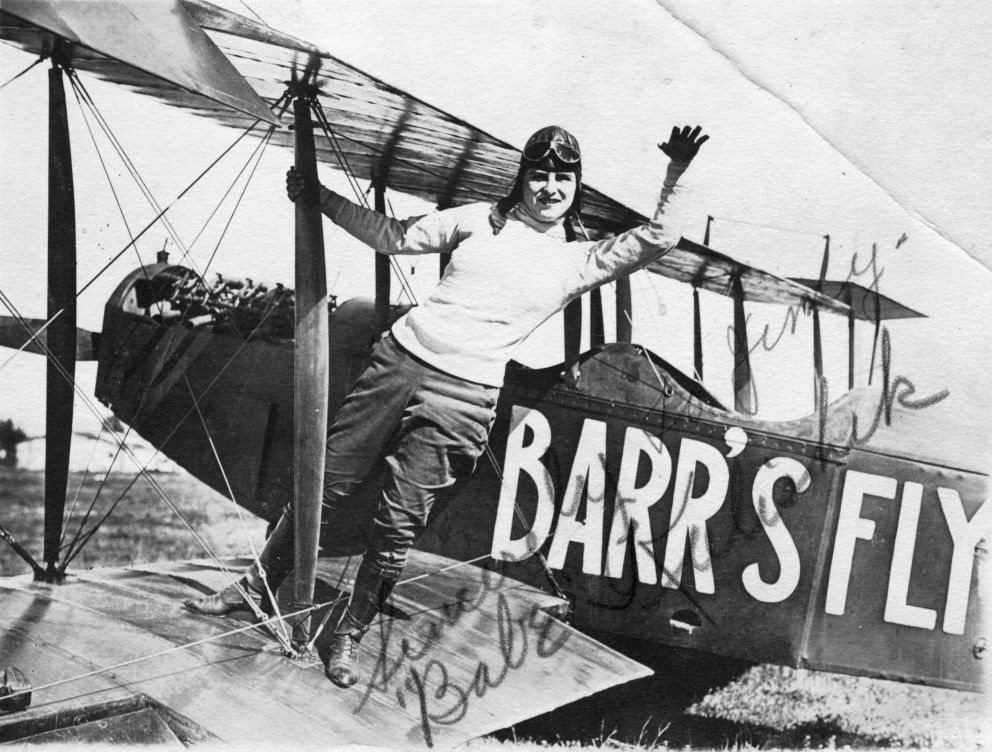 Sara “Babe” Kalishek (1902-1999) answered an ad in the paper stating Barr’s Flying Circus in Venice, California was looking for a woman willing to learn aerial acrobatics. She thought, “It sounded interesting” and was soon wing-walking at 75 mph. She is believed to be the first American woman to jump from a plane with a parachute. “Babe” barnstormed for a few years, then retired in 1928. 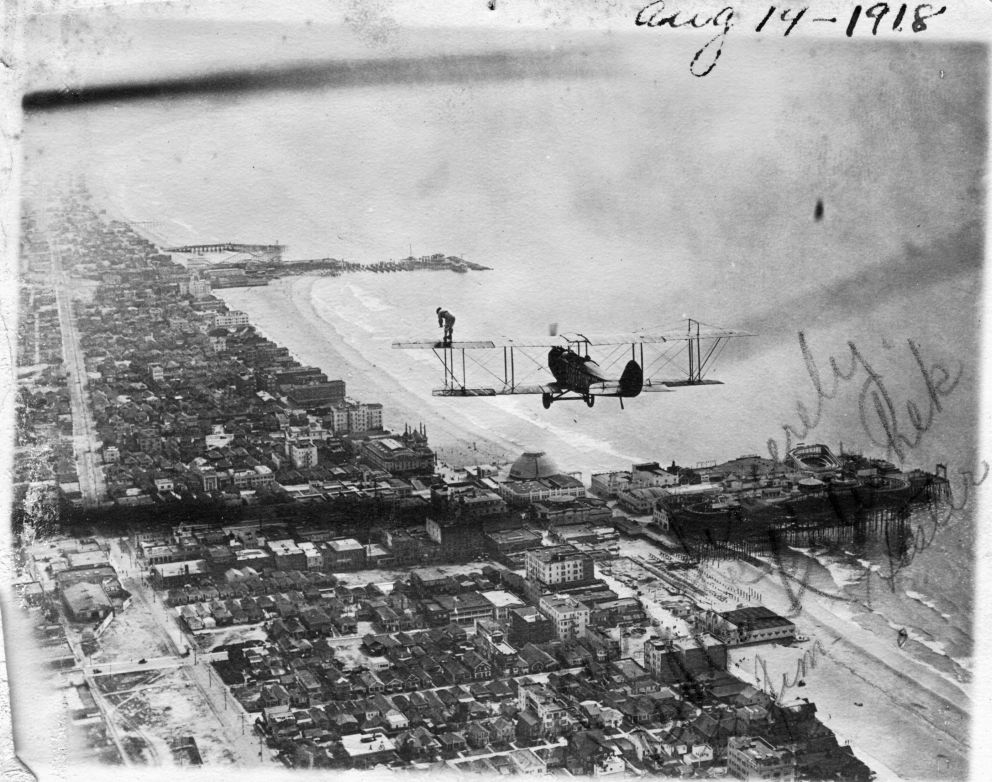 “Babe” Kalishek is on the top wing performing over the Pickering Pleasure Pier at Ocean Park, near Santa Monica, California. Jim Hester is the pilot, 1920. 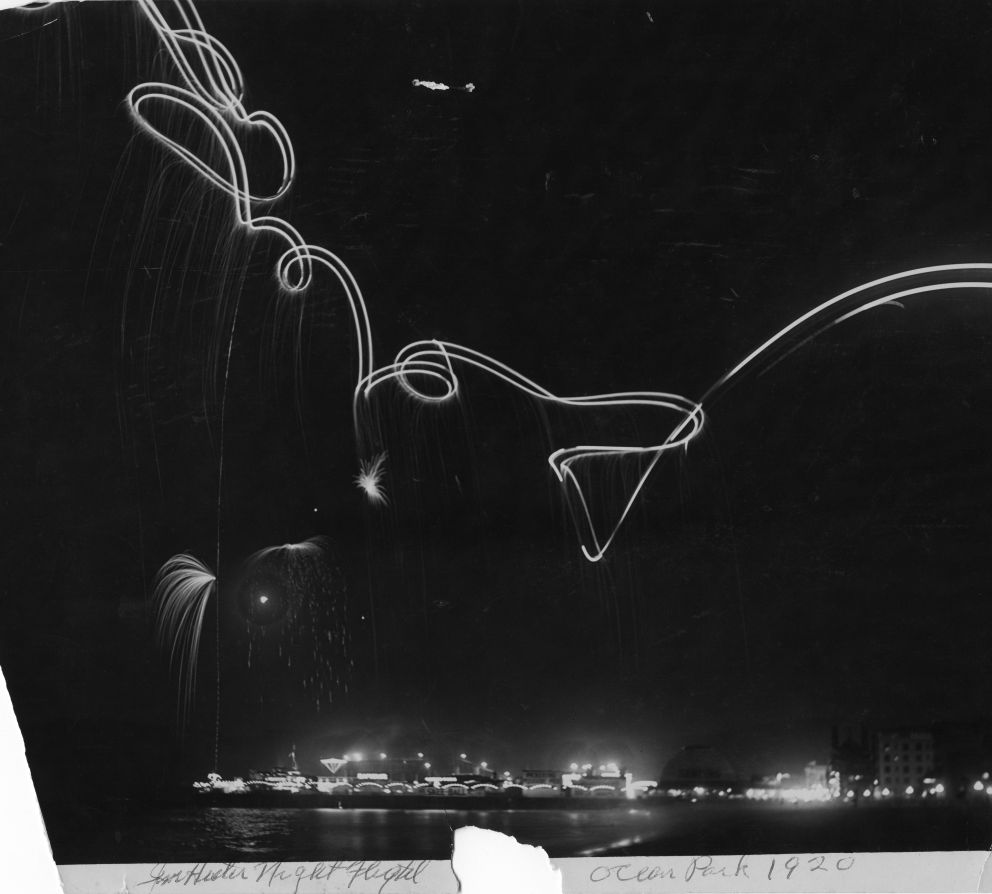 Ernest Pickering, President and General Manager of Pickering Pleasure Pier, contracted Barr’s Flying Circus for a month of performances in August 1920. Every night, spectators were dazzled with a nighttime aerial performance over the pier. It was billed as “the first time in history that anything of the kind had ever been undertaken by an amusement pier.” Again, Jim Hester is the pilot, August 1920.