Stunt piloting, parachuting, and wing-walking – all the components that made barnstorming and flying circuses an exciting career and spectator sport- were also its downfall. During the mid-1920s, the U.S. Government tried to establish aviation as a safe and sane commercial industry that the general public could trust and deemed the business of aerial stunt performing too deadly to continue without regulation. The brakes were applied on May 20, 1926, when President Calvin Coolidge signed the Air Commerce Act, which among other requirements, mandated aircraft to be inspected and certified and pilots to be licensed – it also banned wooden structures in plane carrying passengers. This was the death-knell for all the death-defying stunts performed by these daring aviators and their beloved Curtiss Jennies and Standard aircraft. The golden age of barnstorming finally came to an end when the Depression years followed the stock market crash of 1929. Barnstormers introduced aviation to the masses, and the next generation of fliers was already on the rise. Children and teens who had witnessed the courageous and daring stunt pilots of the 1920s would become the record-breaking air race and long-distance flying pilots in the 1930s. 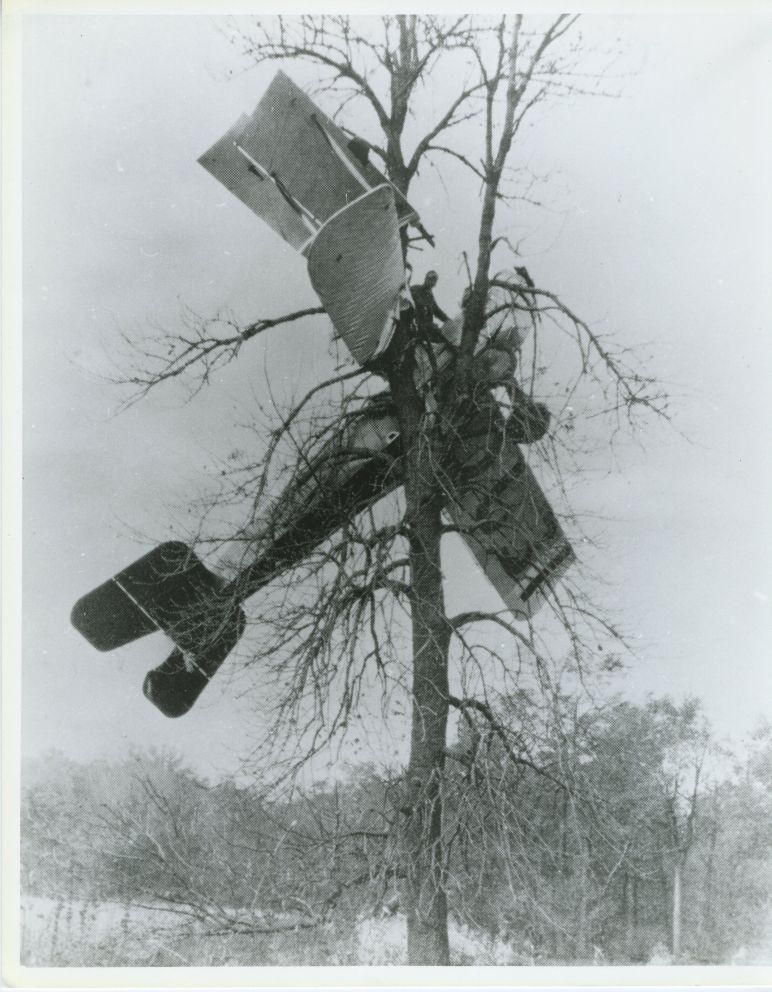 Ooops! The pilot is sitting up in the tree with his plane. 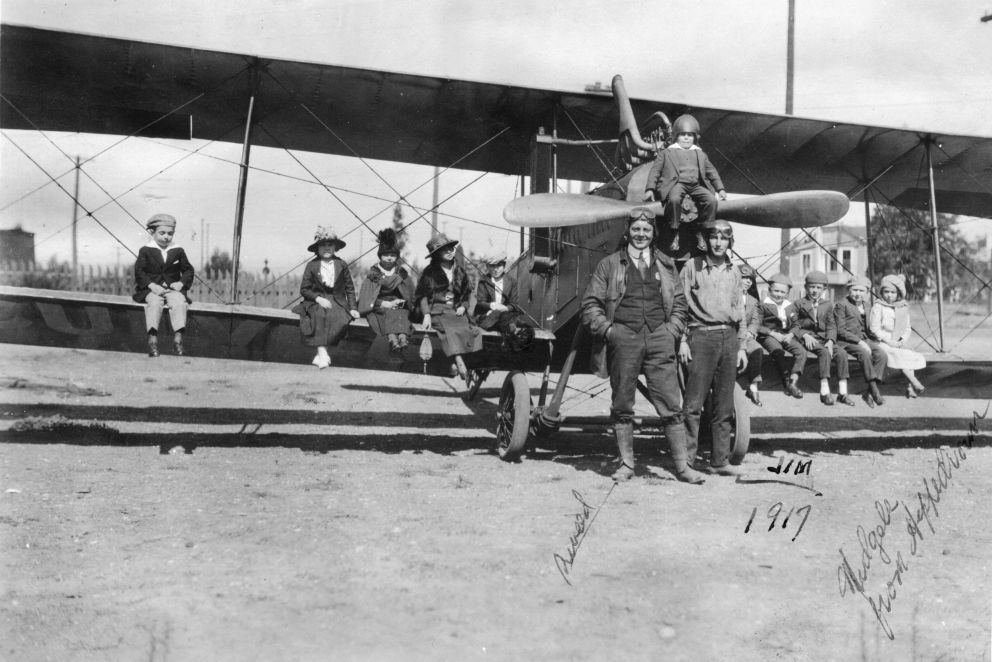 Orvar Sigurd T. “Swede” Meyerhoffer (July 21, 1920) and Jim Hester (1898-1980) are standing in front of a Curtiss Jenny with a modified engine while children (some possibly the next generation of pilots) are sitting on the plane’s wings, dressed in very stylish outfits. Venice Field, Los Angeles, circa 1919. 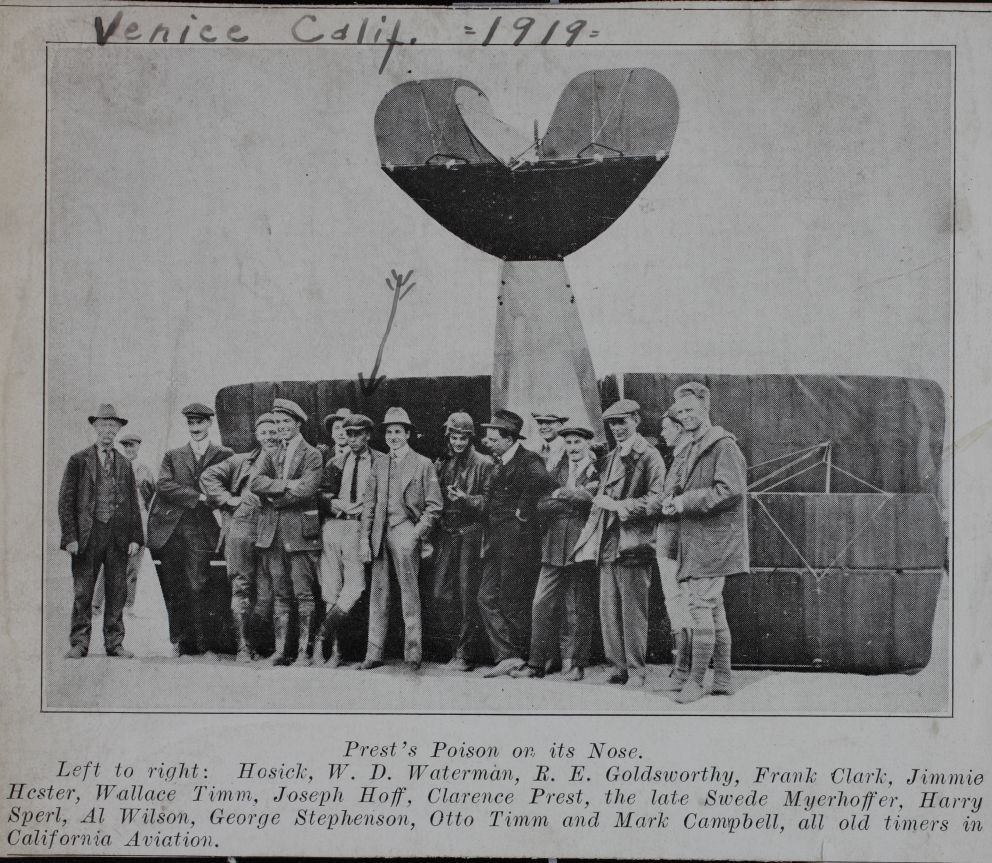