Flying machines were the unbelievable marvel of the early 1900s. People just could not believe it was possible for man to fly an “aeroplane,” until they saw it with their own eyes. Equally amazing were the men and women who flew them. One could not be sure if these aviators were outrageously brave or just plain crazy to fly a contraption that looked like a box kite with wheels and an engine. Nevertheless, flying quickly became the nation's most exciting attraction and deadliest pastime despite its obvious danger. 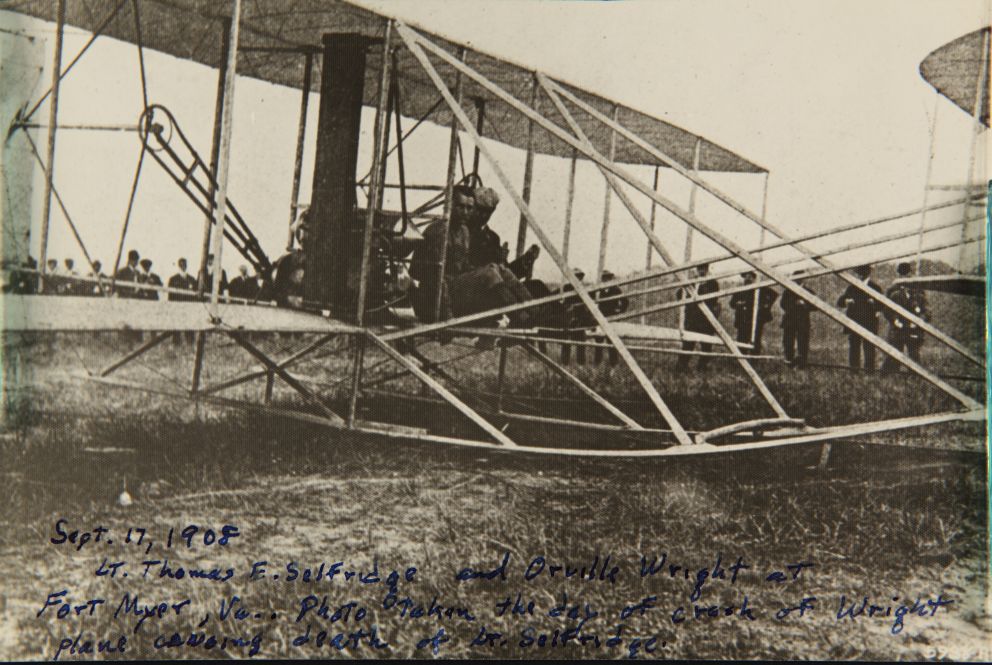 Lt. Thomas E. Selfridge (1882-1908) is seated next to Orville Wright in the 1908 Wright Flyer that crashed later that day, killing Selfridge. He was the first military officer to pilot an aircraft, and the first active duty member of the U.S. military to die in an aircraft. Fort Meyer, Virginia, September 17, 1908.

Aviation was in its infancy during the first decade of the 20th century, but serious competition was in full force by 1909 when the first major aviation meet was held in Reims, France – that is where Glenn Curtiss beat Louis Bleriot and won the Gordon Bennett trophy for speed (46.5 mph). He collected $5000, the title “Champion Aviator of the World,” and the privilege of hosting the next International Air Meet. A few months later, Curtiss teamed up with fellow aviators Charles Willard and Roy Knabenshue, and sent promoter Dick Ferris to California to organize the 1910 International Air Meet at Dominguez Field, Los Angeles. The ten-day event was sure to attract an enormous crowd, and did it ever! Gate receipts for an estimated 176,466 spectators totaled $137,520 (that is a stunning $3,731,272 in 2020 dollars). 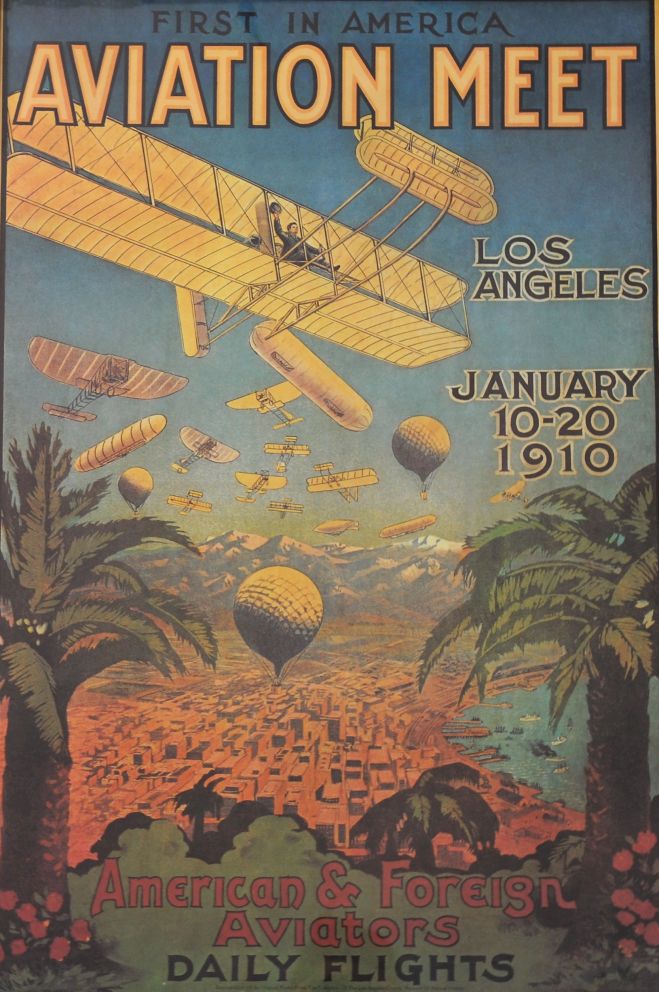 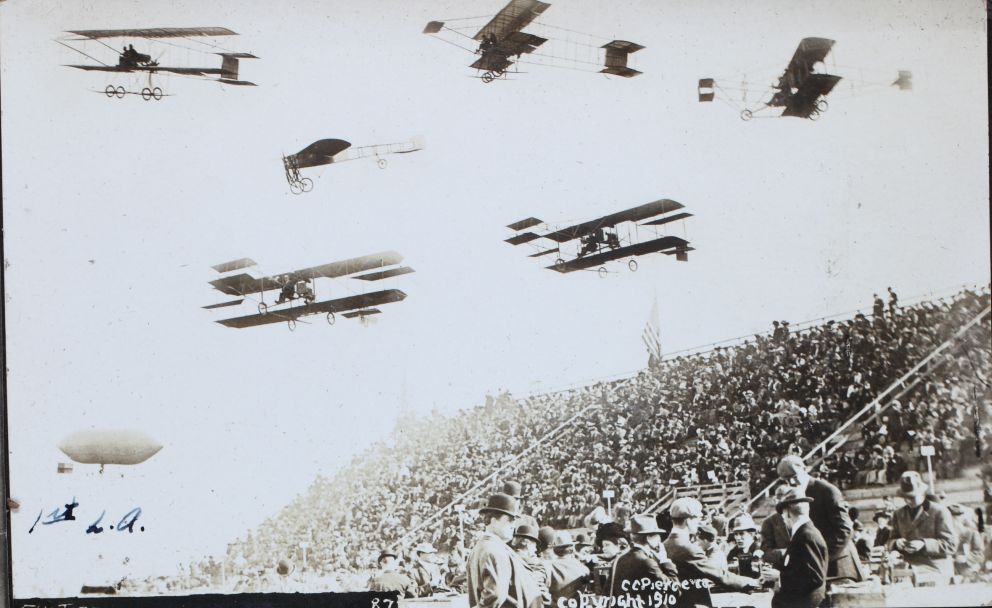 With nearly $100,000 available in prize money, the aviators pushed their talents to the limit. Records were broken for duration, altitude, distance, and speed. Louis Paulhan from France dominated the meet, winning $19,000 for records in altitude and distance (with a passenger). Glenn Curtiss broke his previous speed record at 55 mph, winning $6500. Lincoln Beachey gained renown for breaking a speed record in a dirigible – one lap in 4 minutes and 57 seconds. 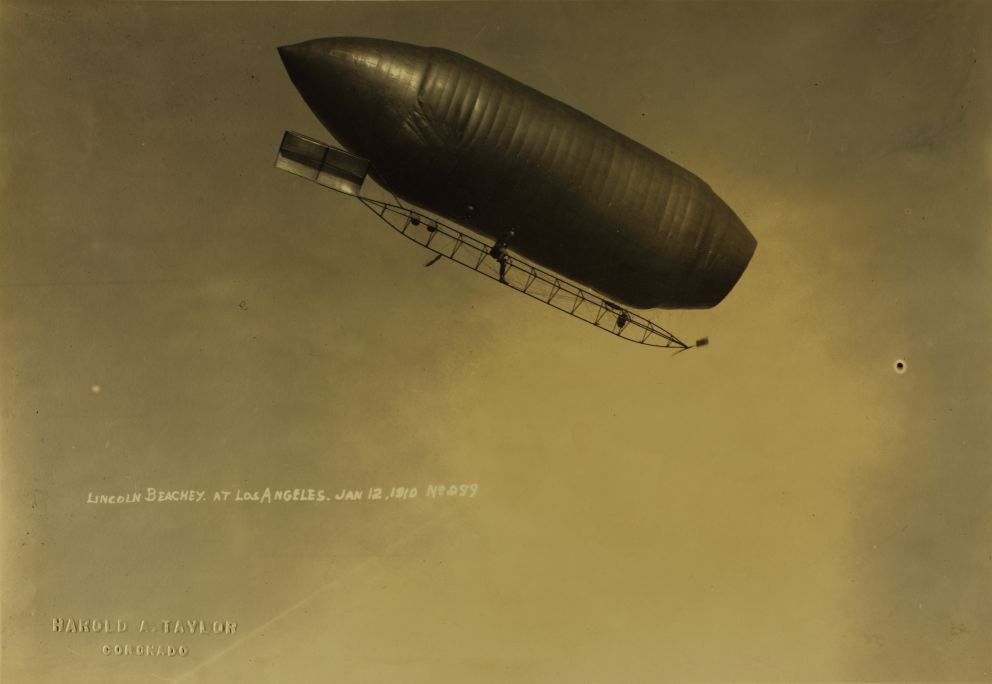 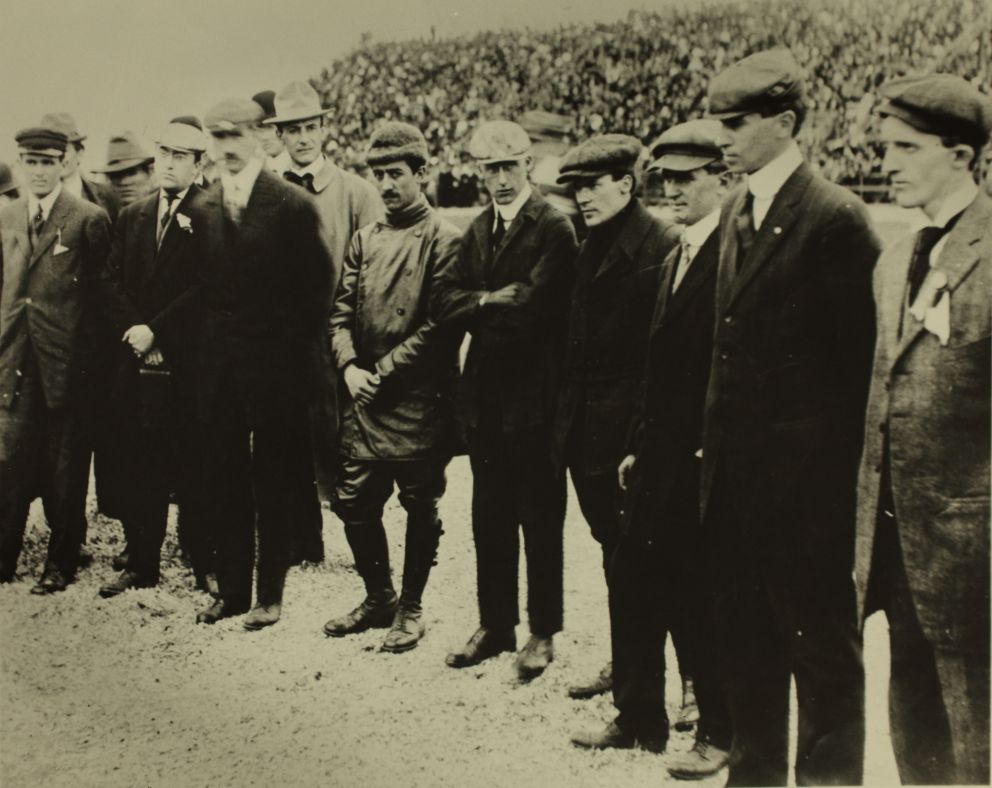 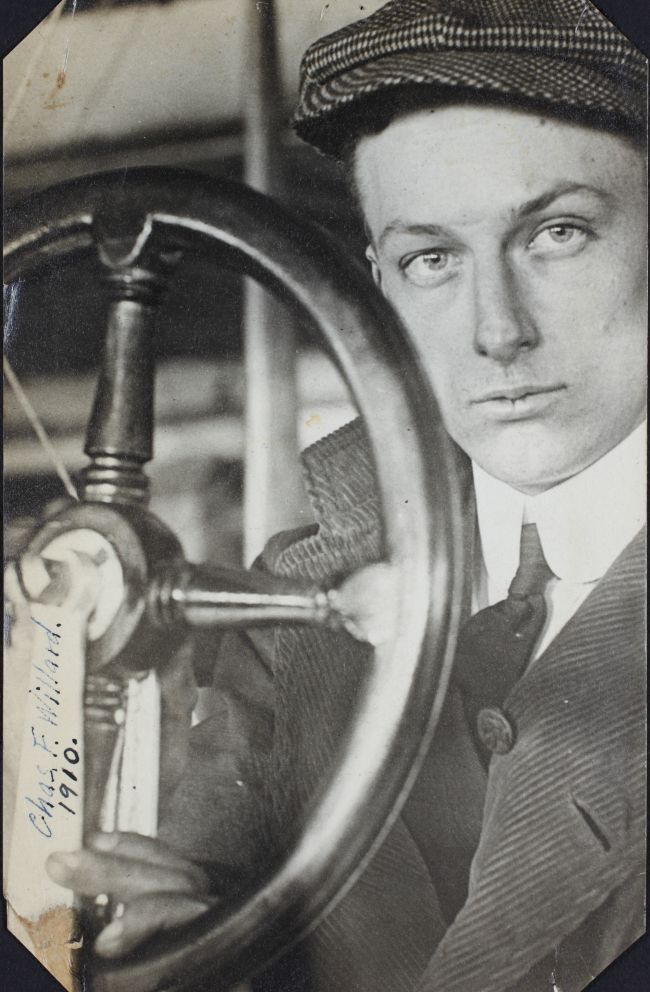 Charles F. Willard (1883-1977) was taught to fly by Glenn Curtiss in 1909, then participated in organizing the 1910 Dominguez Air Meet, and won the spot-landing award. He also became one of the first barnstormers.

Immediately following the Air Meet at Dominguez Field, aviators were anxious to break their records – and chambers of commerce across the country were willing to host them. It was not long before the spectators wanted to see more dazzling performances. Aviation fairs and exhibitions became weekend affairs featuring afternoons of sensational aerial acrobatics. Exhibition teams, such as the Wright Exhibition Team, the Curtiss Exhibition Team, and the Moisant International Fliers were pushing the boundaries even further by thrilling spectators with barrel rolls, loops and tailspins. 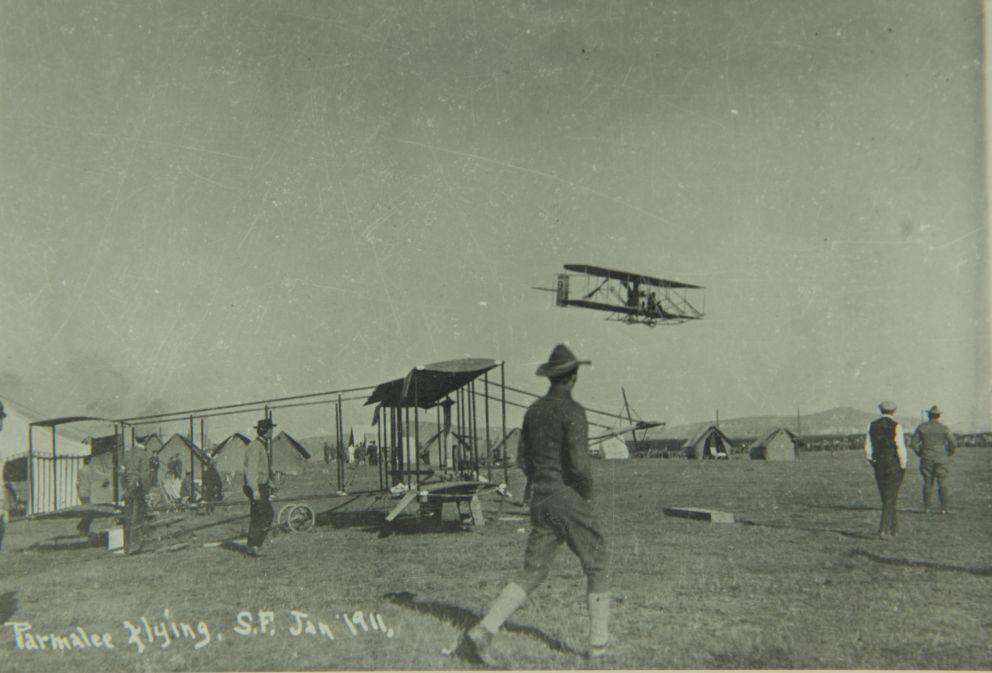