At the end of the war, nearly 9000 men had received some level of flight training, while only about 800 had actually experienced air combat. When these pilots returned home to civilian life, airmail and passenger airline service were still a few years away, leaving few employment options (besides maybe crop dusting) for the free-spirited pilots. Nevertheless, thousands of war surplus Standard J-1s and Curtiss JN-4Ds were available (many still in their crates) and at very affordable prices – anywhere from $50 to $500 depending upon their condition. At those prices, pilots would soon be bringing aviation to the masses. 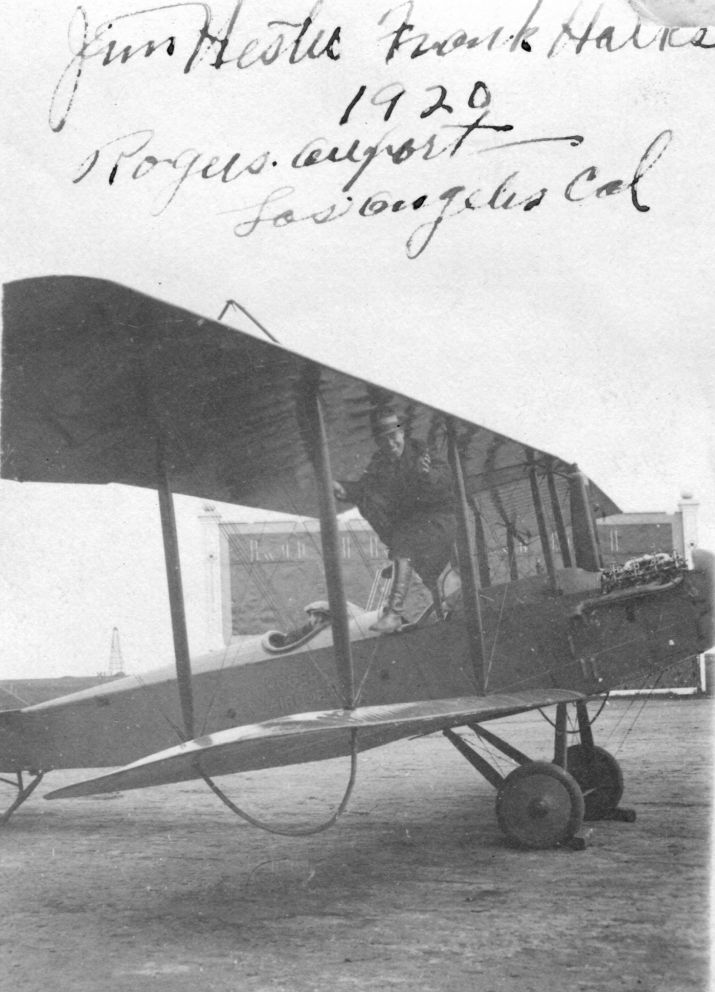 Jim Hester is in the cockpit and Frank Hawks is climbing out of a shiny Standard J-1, 1919. Frank Hawks was a military flight instructor at Love, Taliaferro, and Brooks Fields and became a legendary barnstormer.

So, just what is a “barnstormer”? In short, a pilot who traveled across the country, performing aerial stunts and offering joy rides for a price in an airplane. Also known as “Gypsy Pilots,” they often traveled alone within a territory. The mid-west was the most popular area because of its abundance of flat lands and fields – and barns. The pilots and their planes were definitely considered a curiosity, and the overhead roaring sound of the engine would draw crowds to the pilot’s landing spot in a nearby cow pasture. 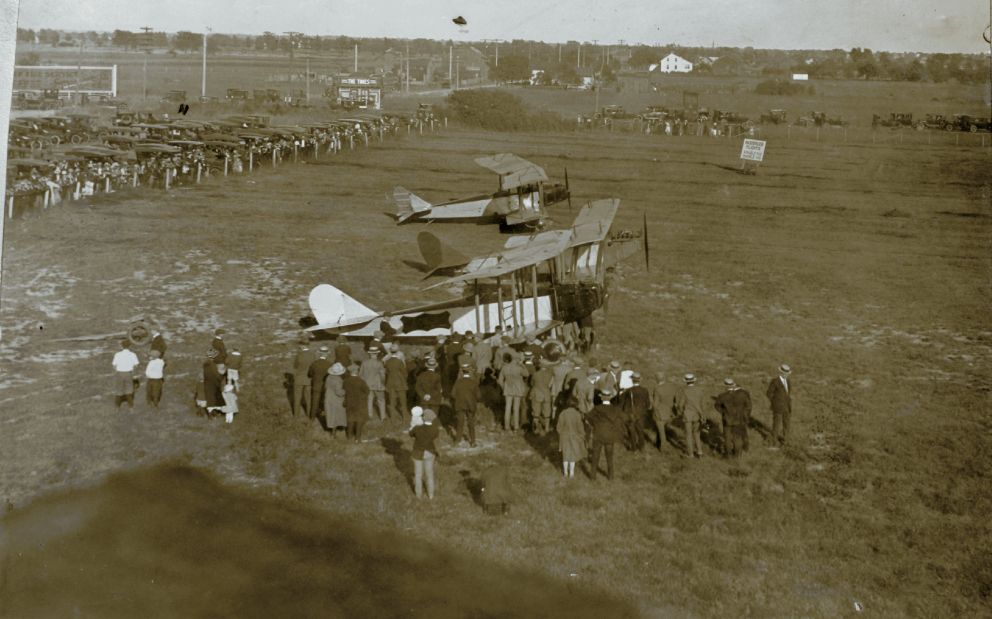 A curious crowd gathers to wait for what will be most likely be their first glimpse at an airplane, or for the braver, their first ride in an airplane. A Curtiss Jenny is flanked by two Standards and the sign in the field says, "Passenger Flights, Single $10, Double $15."

It was a fun but challenging way to make a living. They had to earn enough money for gasoline, airplane and engine parts, emergencies, and food. Some days could bring in hundreds of dollars, and other days barely anything at all, especially when competition with other pilots became stiff. Joy rides soon lost their luster – and the public started demanding more thrilling stunts, forcing barnstormers to come up with more attention-getting techniques. An option was to form a team with one piloting the plane while the other performed death-defying stunts. Hmmmmm.