Within a few years, the daring stunts of parachuting and wing walking were not enough to keep spectators enthralled. Pilots had to keep re-inventing aerial tricks into something more spectacular and dangerous to satisfy the audience’s insatiable appetite for death-defying danger. By the mid-1920s, this reckless creativity introduced a new wave of daredeviltry that included race cars, motorcycles, speedboats, and trains. As the tricks became more outrageous, the fleets of planes and performing troupes grew larger, giving rise to the professionally managed, “Flying Circus.” Hundreds of “flying circuses” performed across the country, reaching their peak in 1924. None were more spectacular than the “Gate’s Flying Circus;” the “Daddy of Them All” production managed by Ivan R. Gates and his partner, Clyde E. “Upsidedown” Pangborn – tens of thousands of people would attend a single show. 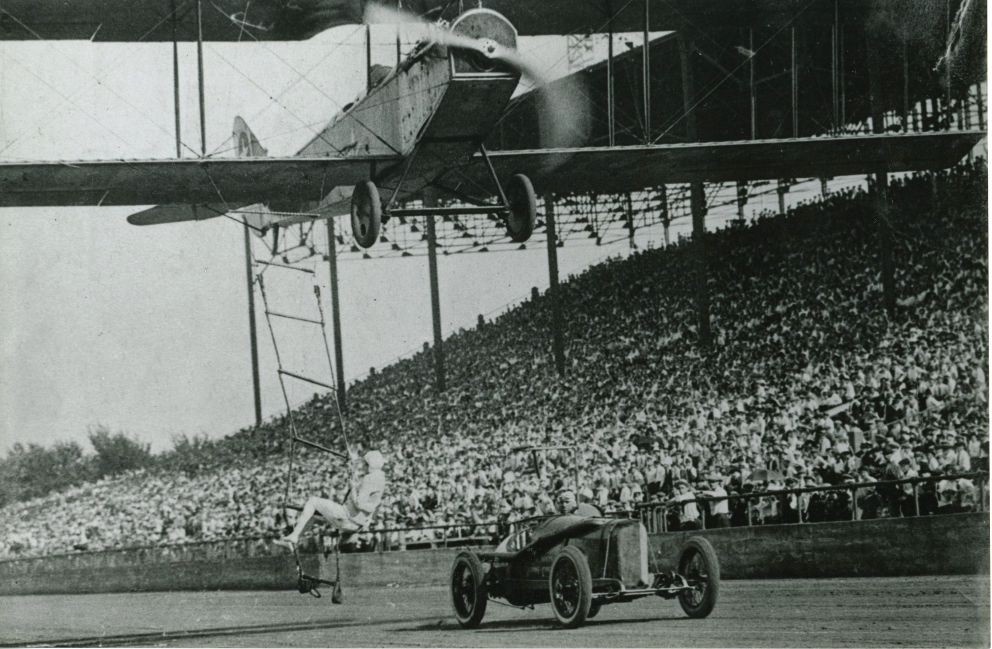 Crowds pack in to watch a performer change from a racecar to a ladder dangling from a plane. 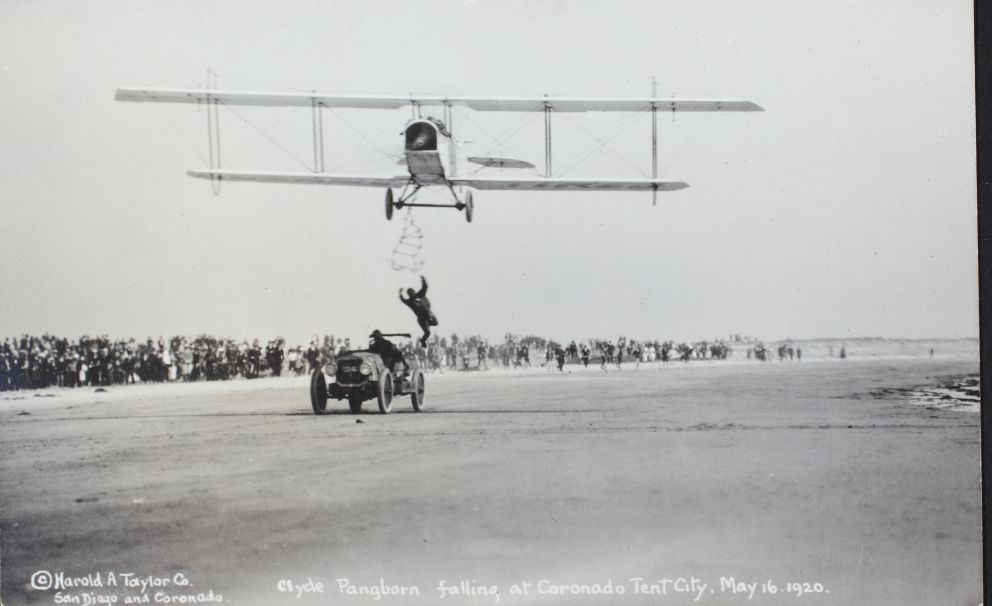 Clyde Pangborn (1894-1958) lost his grip on the ladder and takes a tumble, hitting the sand on the beach. Ralph Reed is flying the Curtiss Jenny and Al Lambla is driving the Lozier tow car. Tent City, Coronado, California, May 16, 1920. 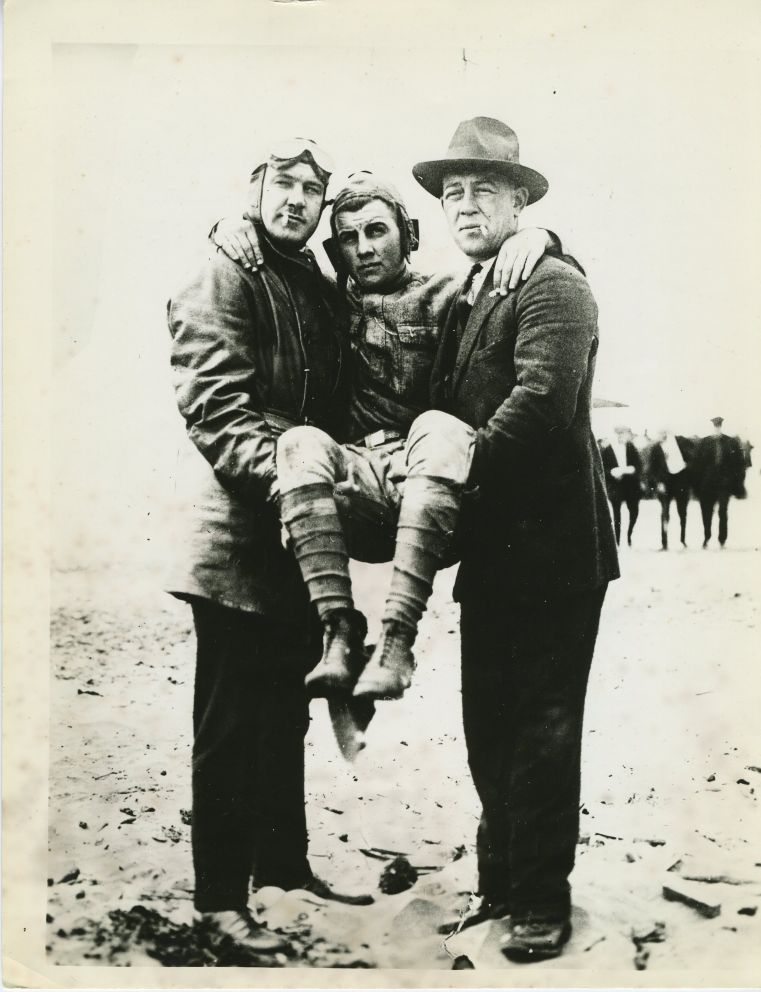 Carl “Poochy” Smith lost his grip on the ladder and was dragged by the seat of his pants. 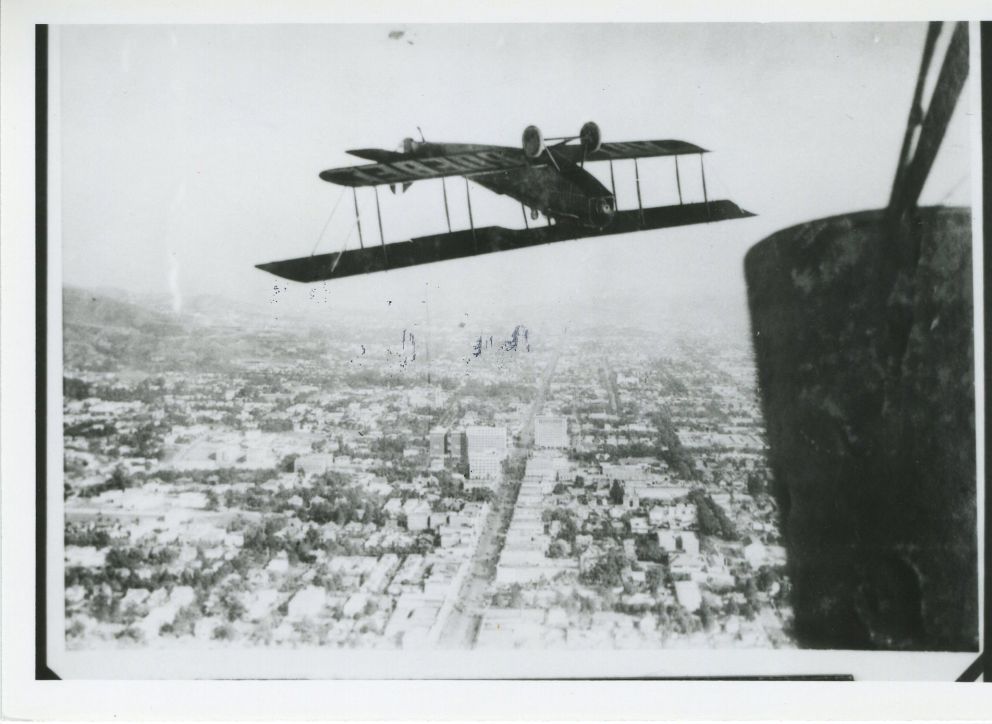 Art Goebel flies his plane upside down, a trick Clyde Pangborn first perfected and used as a performer with the famous Gates Flying Circus. In this particular feat, Goebel flew upside down for ten miles, saying it was “simple. . . The controls are reversed and in a converted position. It is just like learning to walk all over again, the pilot simply hanging or swinging on the life belt.” 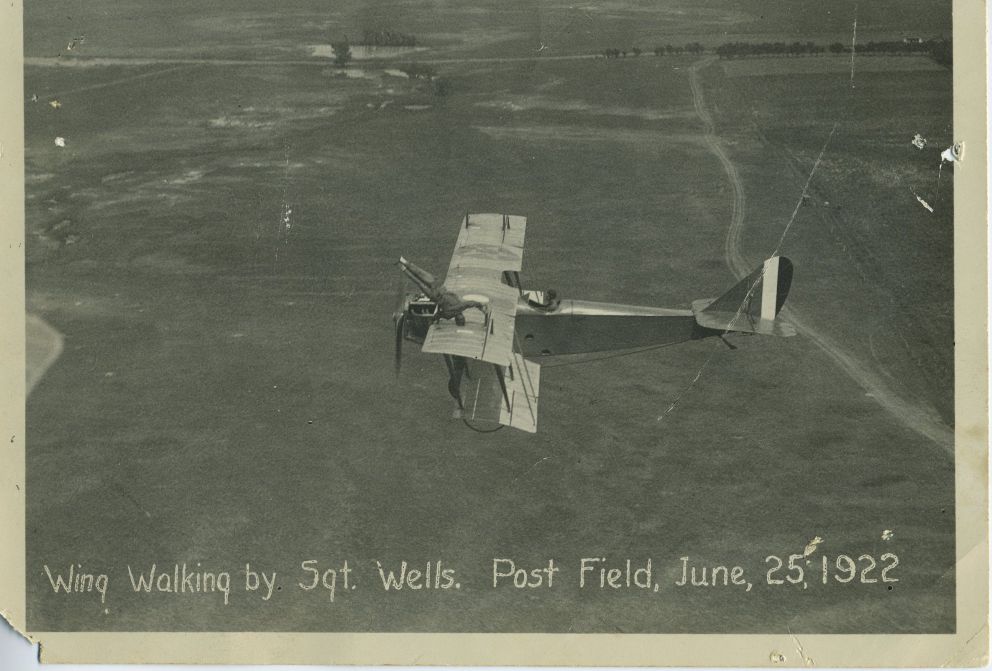 Many former servicemen capitalized on their military title and flying ability, and were most likely billed as an “ace” with a flying circus. US Army Air Service's Sgt. Wells performs a (leaning) headstand over Post Field, Oklahoma, June 25, 1922. 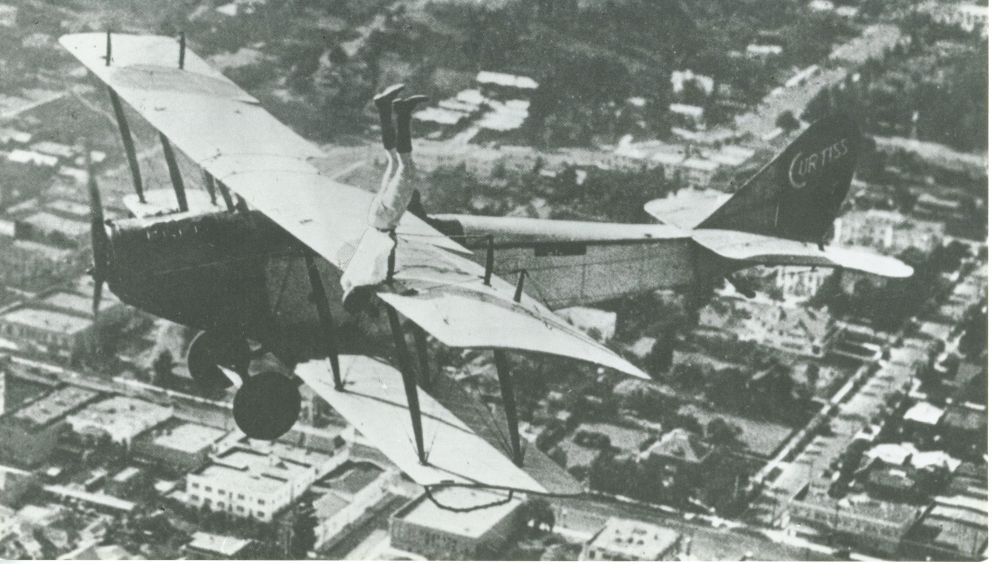 Another way to hang upside down -- from the wing's leading edge. This was a famous stunt performed by Omer Locklear, the former squadron commander and “King of the Wing Walkers.” 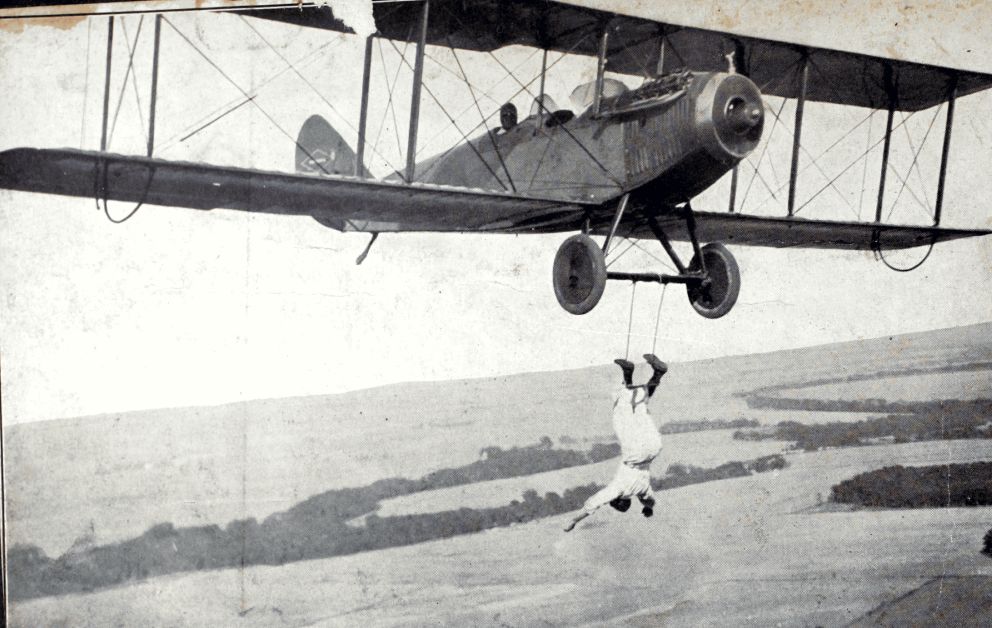 Sgt. Carter Buton demonstrates how to hang upside down from a rope ladder. 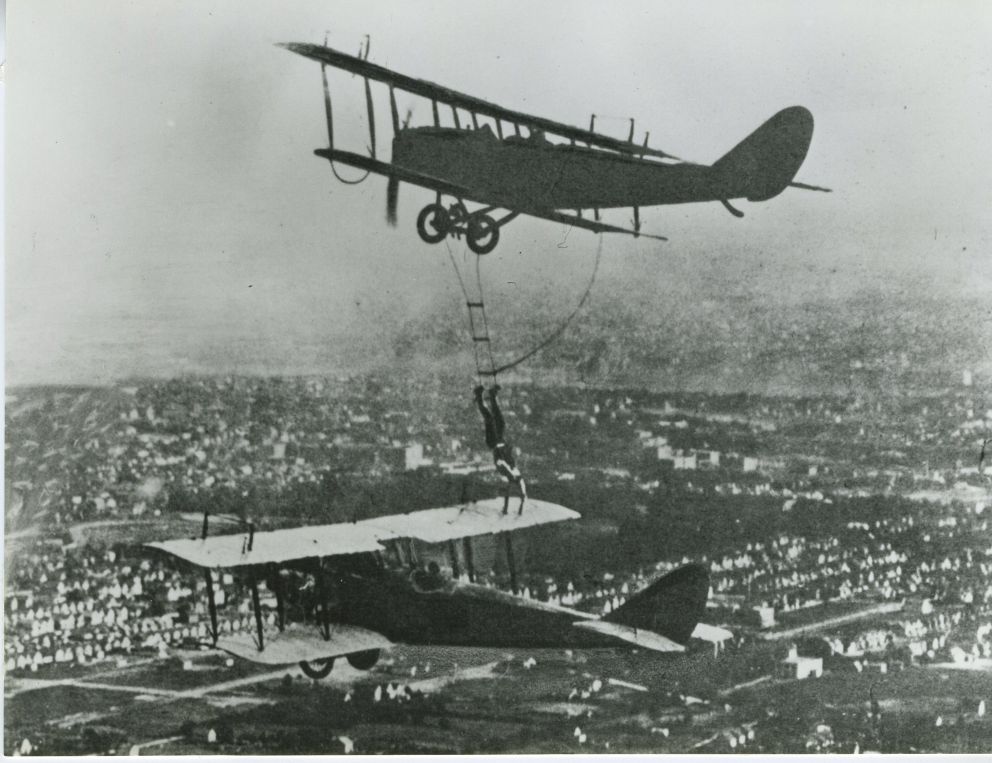 Hanging upside down from a rope ladder is one thing, but using it to change to another plane adds another level of danger. 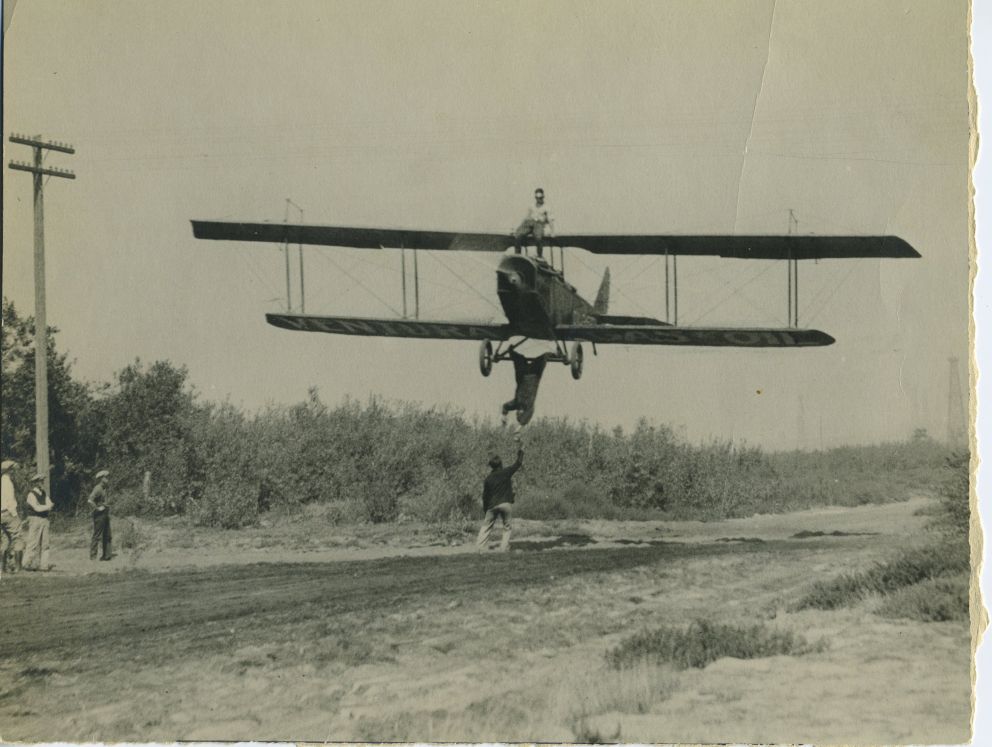 Earl S. Daugherty (1887-1928) is piloting the Curtiss Jenny with Bud West sitting on top of the upper wing and Wes Mays hanging upside down from the landing gear, grabbing an object from a standing person, 1922. 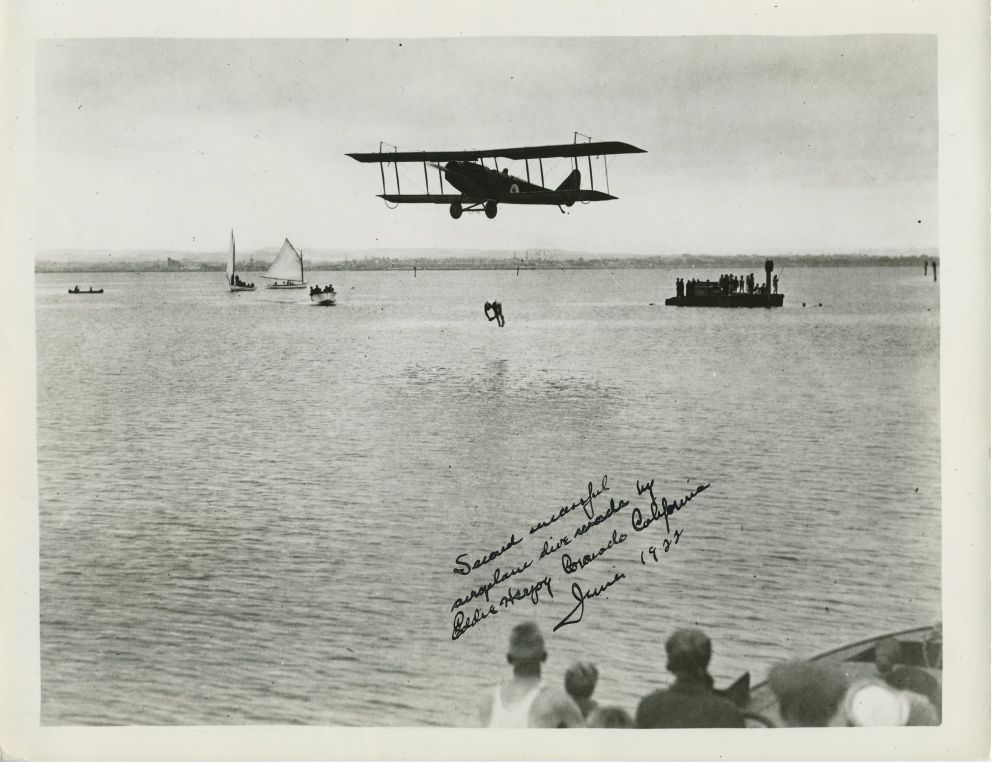 Diving from an airplane flying 60 mph MIGHT seem easy, but the plane needs to be close enough for the diver to knife through the water head-first. The inscription reads, "Second successful aeroplane dive made by Eddie Hesjoy, Coronado, California, June 1922." 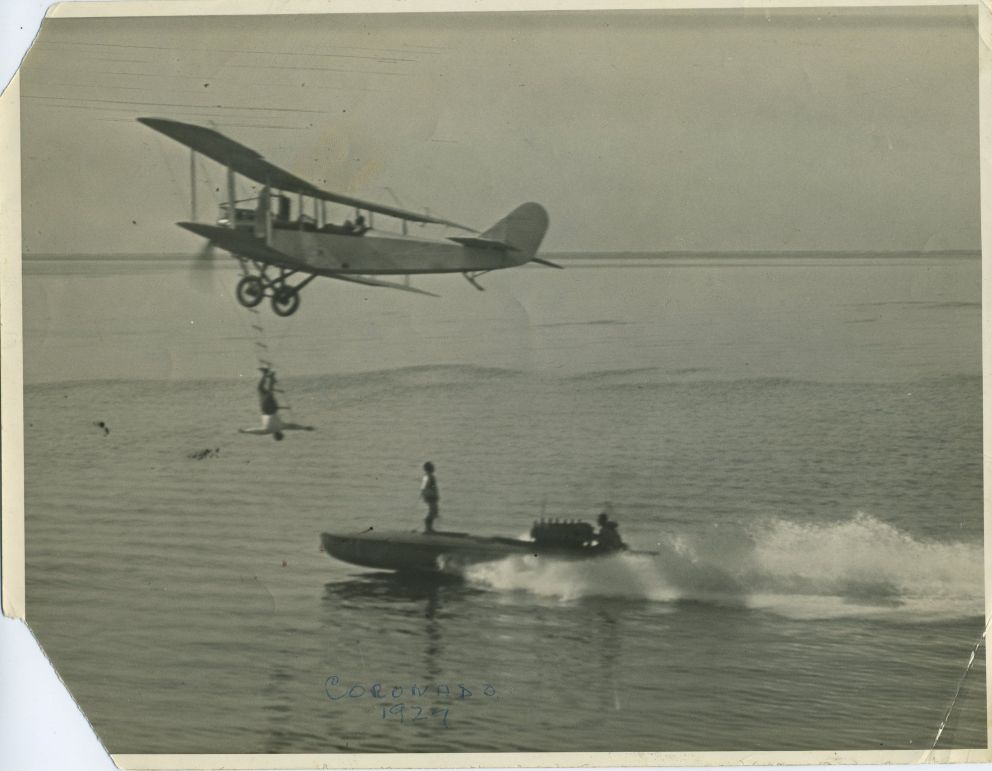 How to out-do the common stunts? Use the fastest speed boat you can find to change to a low-flying airplane. Photograph taken at Coronado, California, 1922. 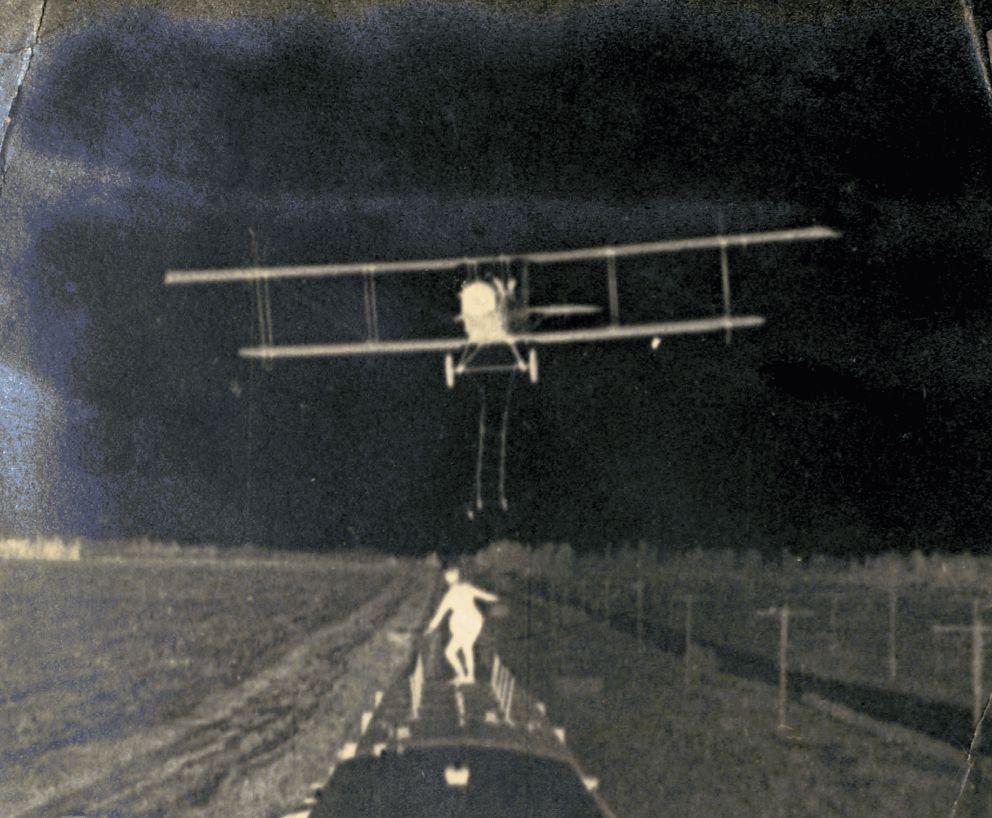 This is a negative image of Sgt. Carter Buton on top of a moving railroad car, about to grab a rope ladder hanging from an overhead airplane, 1922.

For a view of some of these crazy antics, click here: https://www.youtube.com/watch?v=FI6STwhPCuI