The war in Europe was underway when Lincoln Beachey died, and two years later, in April 1917, the United States was officially involved. Barnstorming, while at its peak, came to a grinding halt as President Woodrow Wilson ordered a cessation for all civilian balloon and “aeroplane” activities during the war. Flying schools (such as Rockwell Field in San Diego) mushroomed to train combat pilots, and the U.S. Army Signal Corps found a wealth of experienced flight instructors in the out-of-work barnstormers. 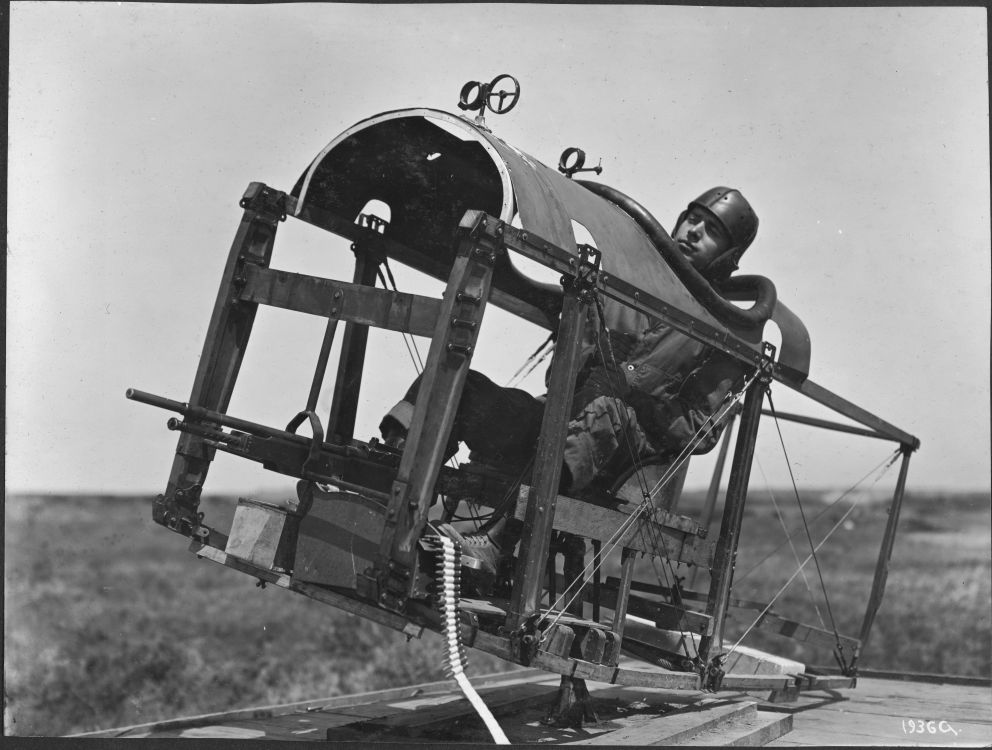 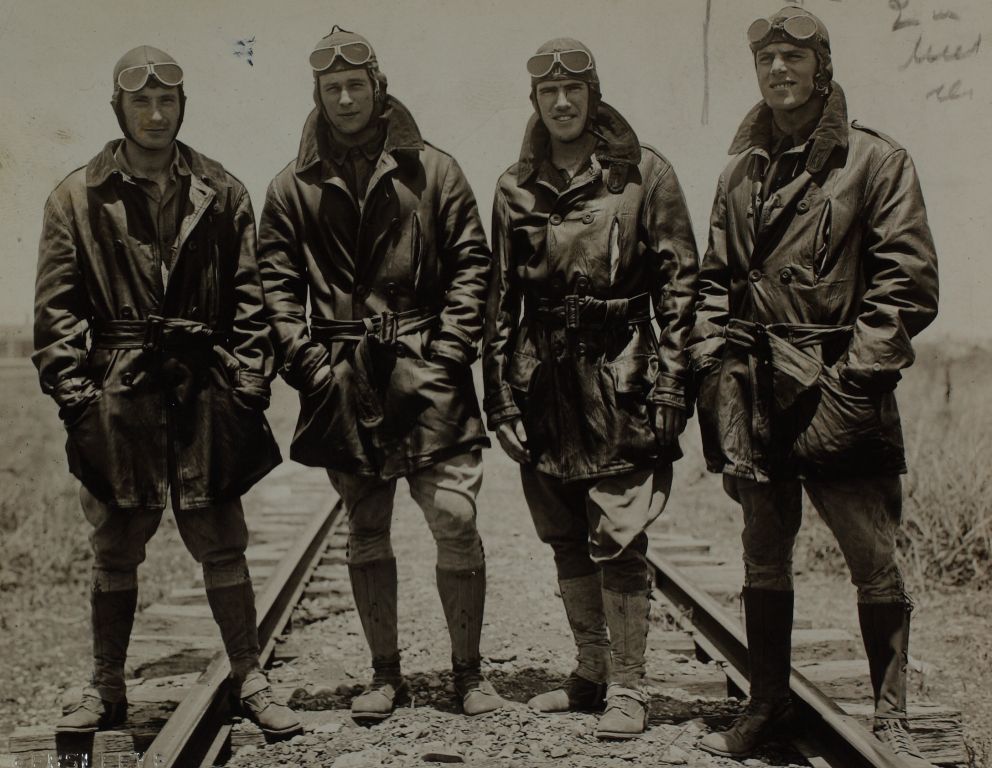 Errold Bahl (1894-1930), far right, attended the School of Military Aeronautics and commissioned as a 2ndLieutenant in 1918. He began barnstorming after the war and was approached by Charles Lindbergh in 1922 to teach him the trade. After a month of training, Lindbergh was parachuting and wing walking and embarked on a two-year stint as a “barnstormer” throughout the mid-West.

Although the United States entered the war late, the country stepped up as fast as it could. President Wilson authorized $640,000 for the military aviation effort, and contracts to produce thousands of airplanes were awarded to several aircraft companies. The tractor-configured plane with the engine in front of the pilot was now the production norm. Boeing, Curtiss, Dayton-Wright, Martin, Standard, and Thomas-Morse were some of the fledgling companies pumping out the planes, with the Standard J-1 and the Curtiss JN-4D serving as the most widely used trainers. However, by the time of Armistice on November 11, 1918, overzealous production resulted in an over-abundance of aircraft. There was also an oversupply of military-trained pilots. 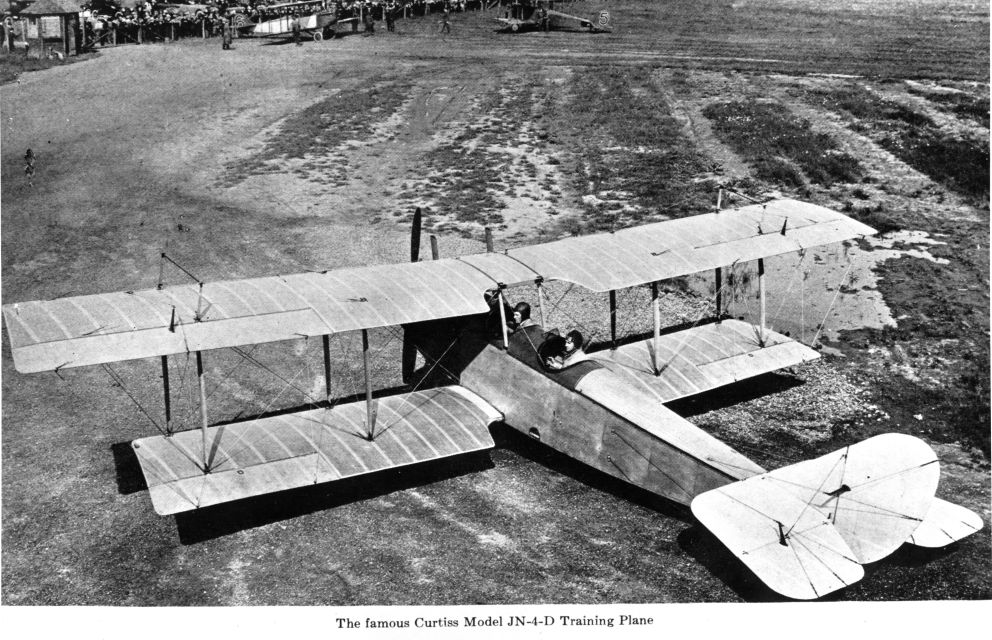 Curtiss JN-4Ds and Standard J-1s were both used as trainers for the military, and eventually became the planes of choice for barnstormers, especially since there was room for passengers.