Around 1920-21, the lone, roving barnstormers were beginning to flounder – and there were hundreds of them. So instead of competing against each other, they started to team up and incorporate the talents of other daredevils, such as parachutists or wing-walkers. By forming a team, they could make a tidy business, especially when a promoter, or advance man, joined the crew. Getting the crowds out to see the performers was the promoter’s task – he traveled to cities and towns beforehand to build up excitement for the thrilling “air circus” coming to town. Charming the editor of the local newspaper to write sensational copy was the promoter’s number one priority. Posting handbills and giving out tickets was also a must, so when the planes and pilots arrived, so did the crowds. 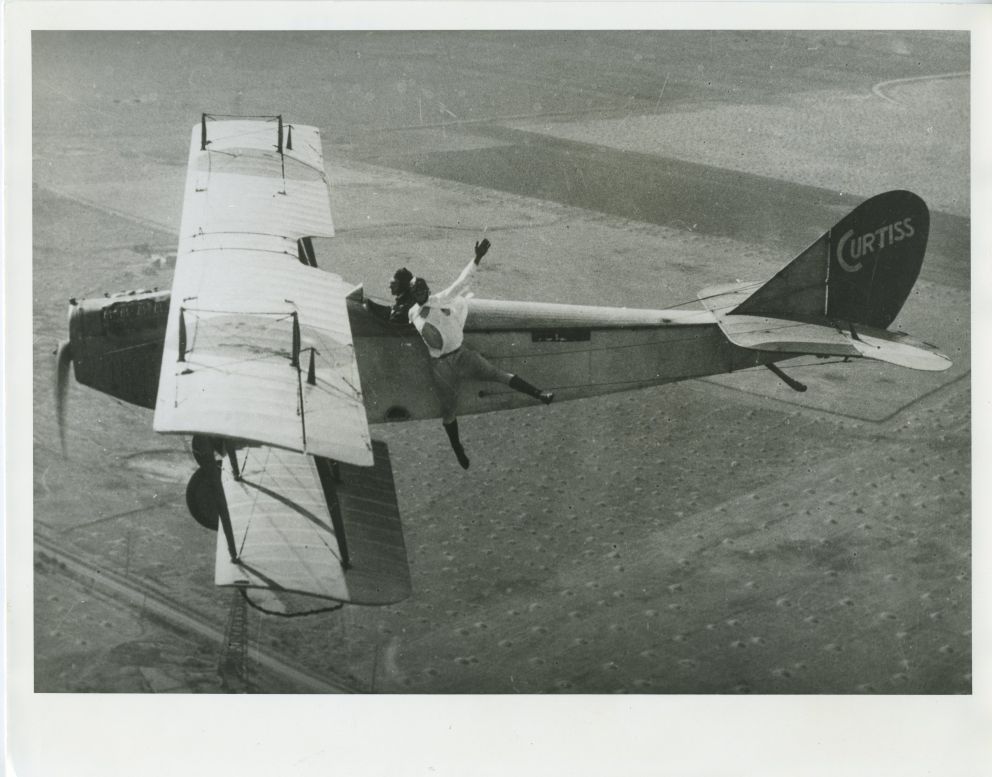 Omer Locklear (1891-1920) was the premier wing-walker when he began wing-walking and plane changing during his flight training at Barron Field, near Fort Worth, Texas. He refused to use any “aids” when performing his stunts and hangs freely by one hand outside the cockpit, circa 1920. After the war, he signed a contract with promoter William H. Pickens, who had managed many early fliers, including Lincoln Beachey, and billed Locklear as the “the man who always takes a chance.” 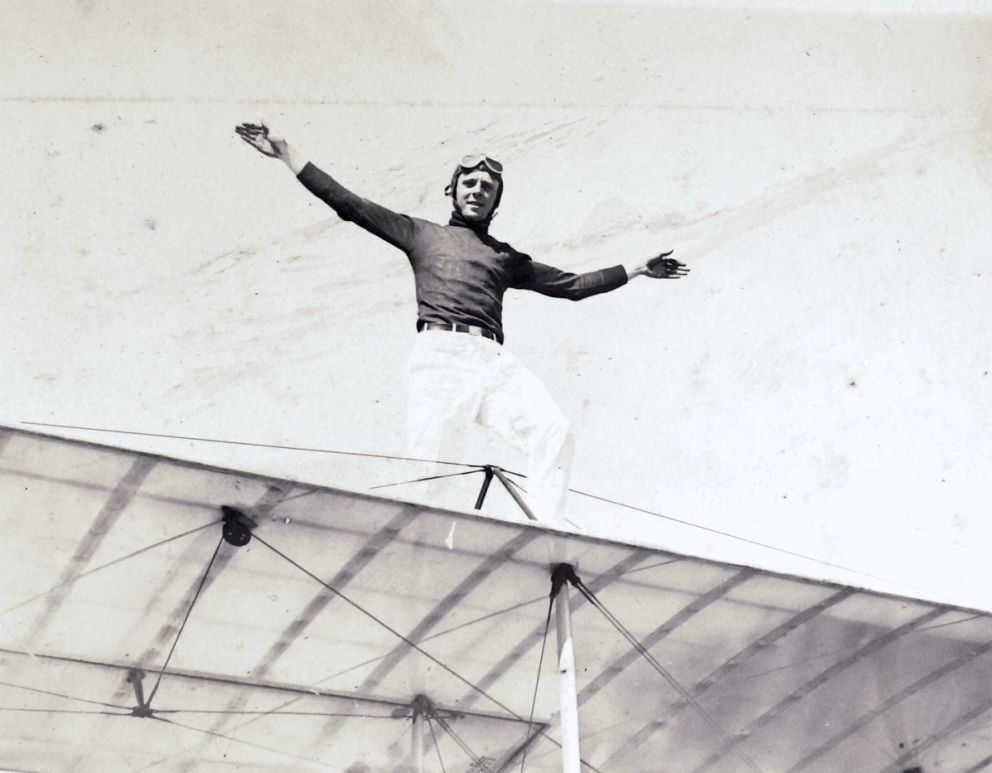 Sgt. Carter Goff Buton (1898-1971) was a true barnstormer and billed as the “King of the Air.” During the summers, he performed “hair raising, death-defying stunts” mostly in Kansas and Ohio – and sometimes handcuffed, without a serious accident. 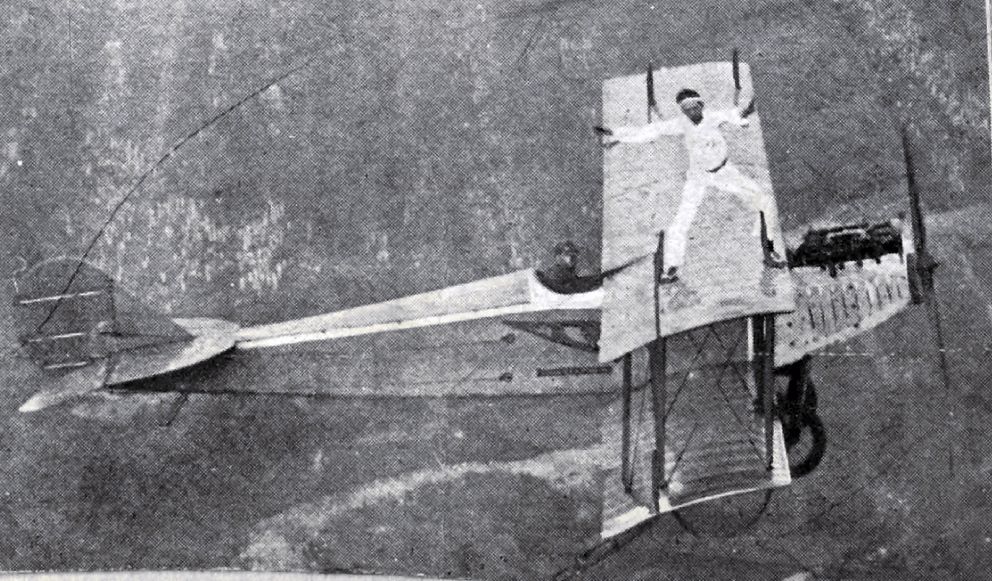 Carter Buton is braced against the wind while standing on top of the upper wing -- without holding on! Omer Locklear once described this stunt, saying, “the wind is so strong that I can lean against it just as if it were a brick wall.” 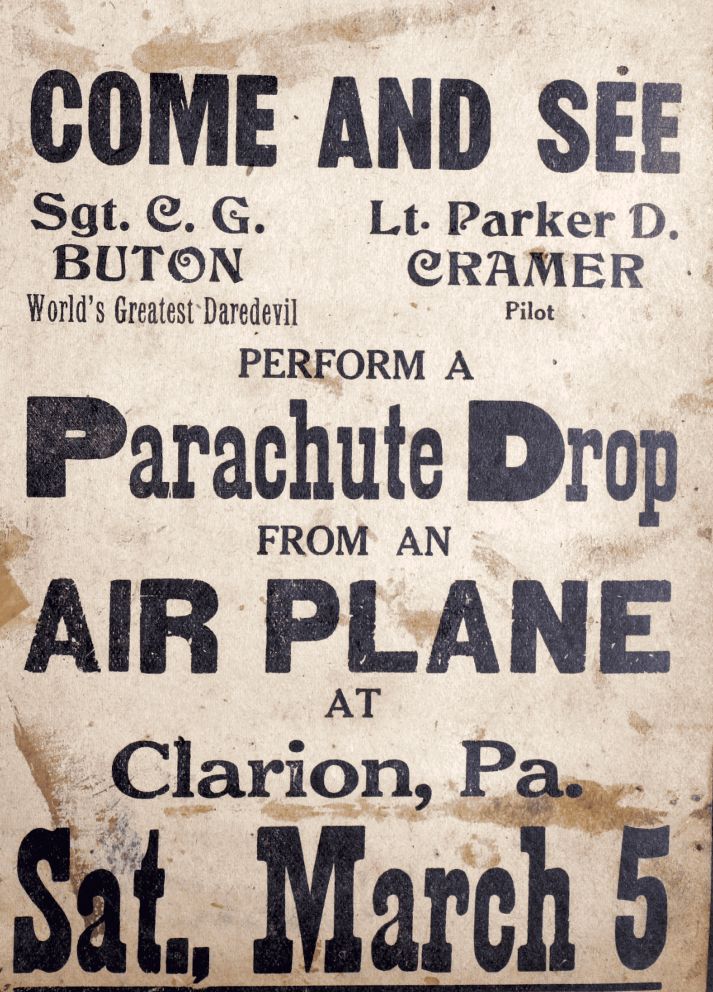 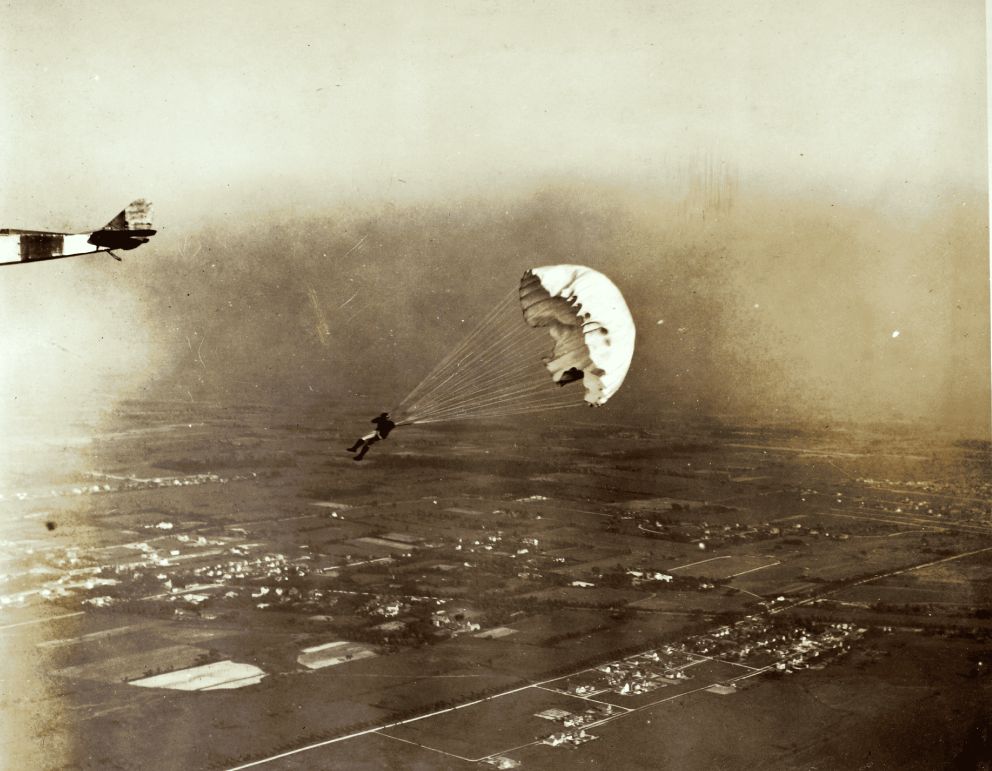 Carter Buton performs the "breath-taker" stunt, a parachute drop, 1922. Parachuting was particularly dangerous as the chutes were usually homemade and lacked ripcords. They were often stored in a box on the wing where the jumper would climb out onto, slip into the harness, hold onto a wing strut and then let the wind open the chute. Hopefully, once the jump was made, the chute would remain open without tangling and wrapping around the parachutist.