In the years leading to World War II, the United States was concerned with protecting its neutrality and isolating itself from the wars in Europe and Asia. The famous PBY Catalina was developed in 1936 by Consolidated Aircraft Corporation in San Diego to defend the Nation's coastline. 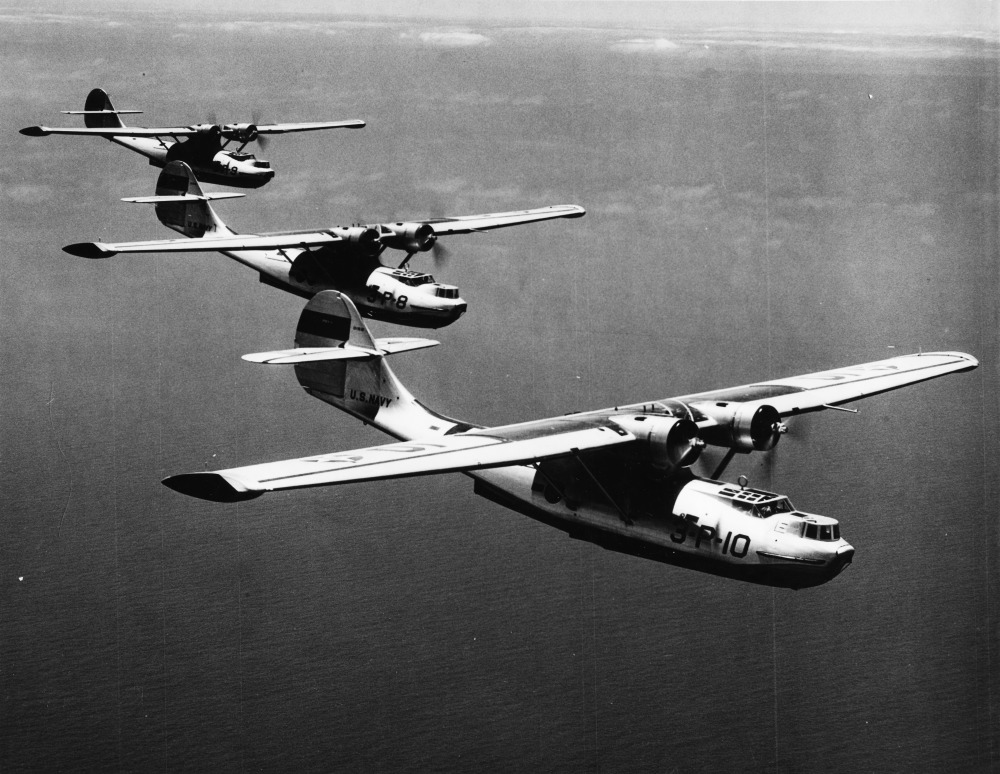 The Catalina was quickly thrust into the outbreak of the war; 67 PBYs were destroyed during the Japanese attack on Pearl Harbor on December 7, 1941. 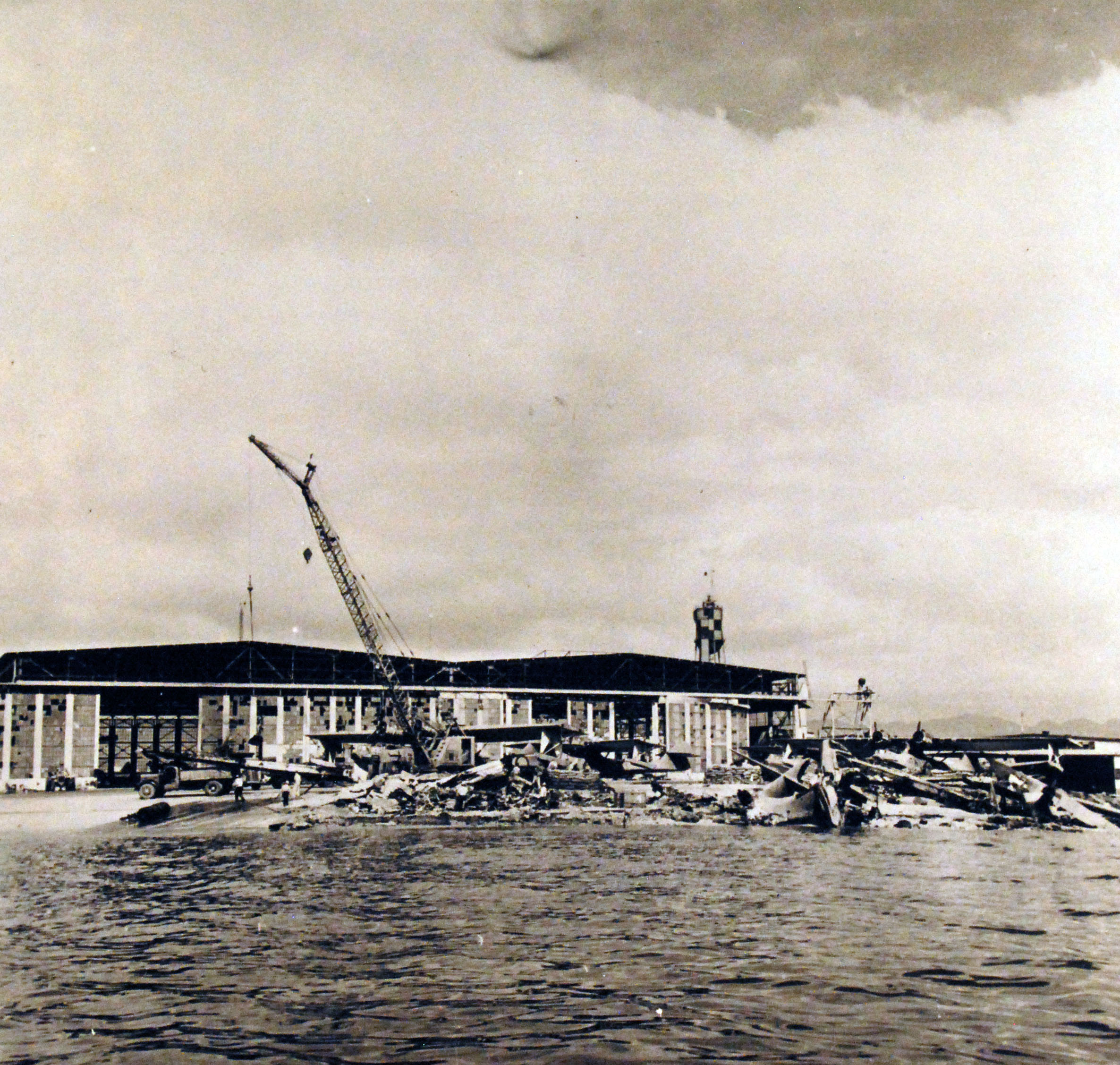 Pearl Harbor After the Attack

The Catalina quickly redeemed itself in the Pacific War by being responsible for spotting the Japanese fleet at the beginning of the Battle of Midway. Its versatility was accentuated by its use as a bomber, anti-submarine and air-rescue aircraft. Over 4,000 Catalinas were produced and it was operated by the U.S., British and Canadian air forces, among others. Its wartime and post-war service history classifies the PBY as the greatest seaplane of all time. Many are still flown today, over 75 years after its introduction. 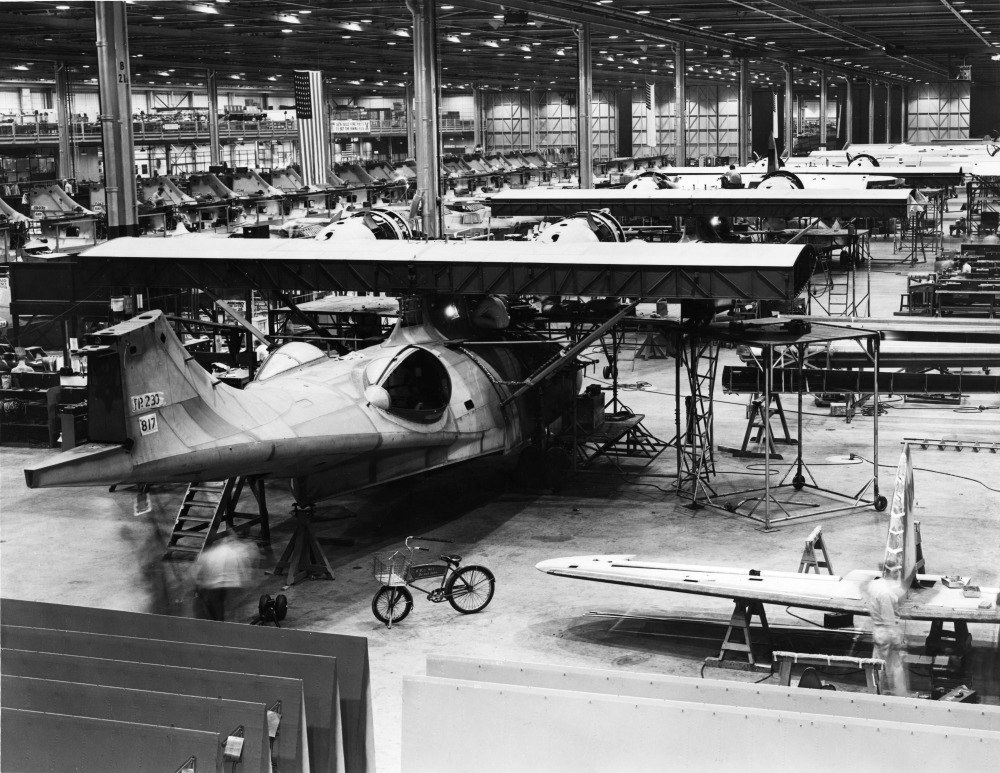 Consolidated PBYs in the Factory

In 1939, Consolidated Aircraft designed and built a prototype of the B-24 bomber as a more modern alternative to the Boeing B-17 Flying Fortress. 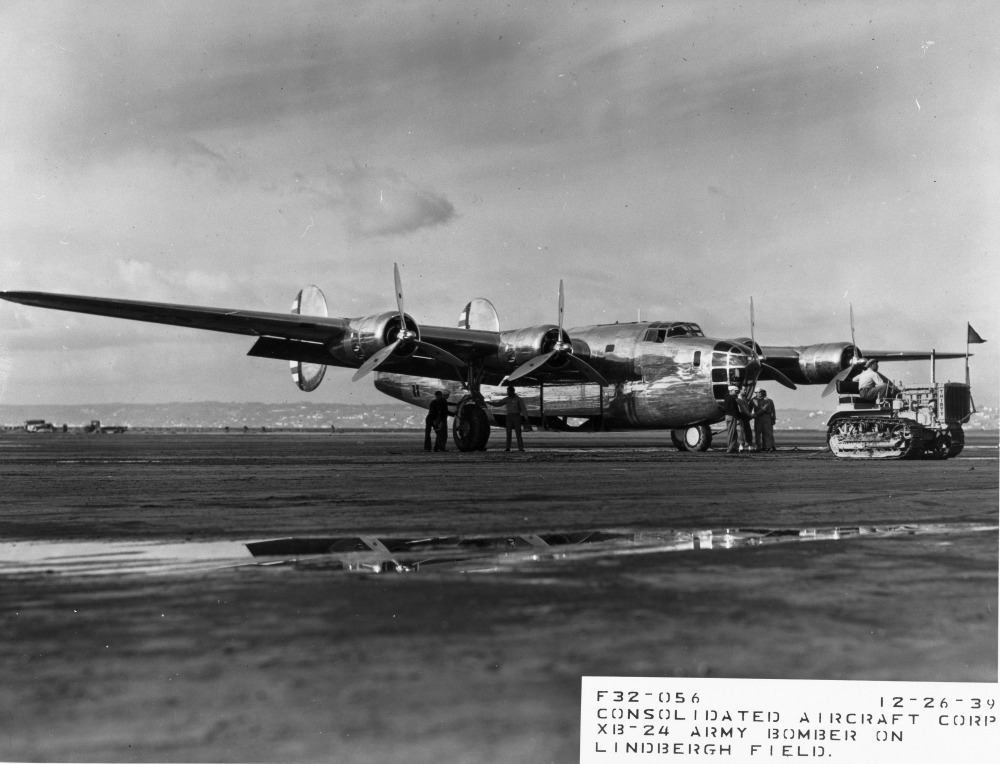 When the war in Europe started that year, it became apparent to the British that long range bombers were crucial to the ultimate defeat of the Nazis. In 1940, the British placed orders for B-24’s, which they named the “Liberator.” With the start of U.S. involvement in the war in 1941, the Army Air Corps ordered full production of the B-24. The demand for B-24’s grew in parallel with the Boeing B-17. Although Consolidated remained responsible for design and development of upgraded/improved models, production lines were established at four locations in addition to San Diego. By the end of the war, over 18,000 B-24’s had been produced, making it the most produced U.S. combat aircraft in history. 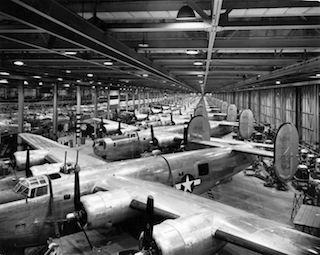 B-24s in the Consolidated Factory

At the outbreak of World War II, with young men going into military service, Consolidated hired 40 women as an experiment, assigning them to work at the San Diego plant, building PBYs and B-24s. 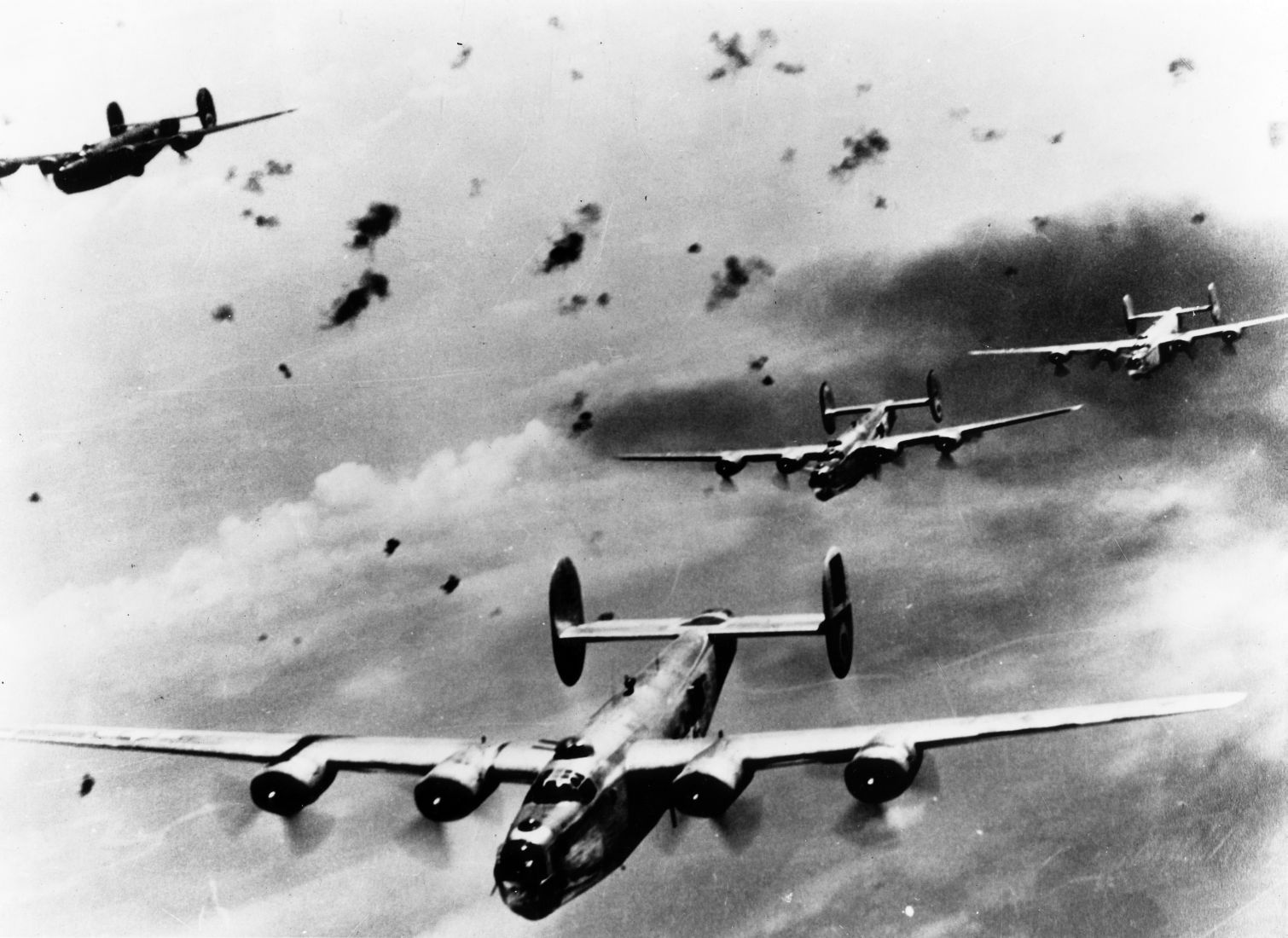 These women grew in numbers to several thousand within a 12-month period. By 1943, employment at Consolidated peaked to 41,000, of which almost 40 percent were women. Many people remarked, “these are the girls who are keeping ‘em flying.” Such women inspired the WWII sobriquet “Rosie the Riveter”! 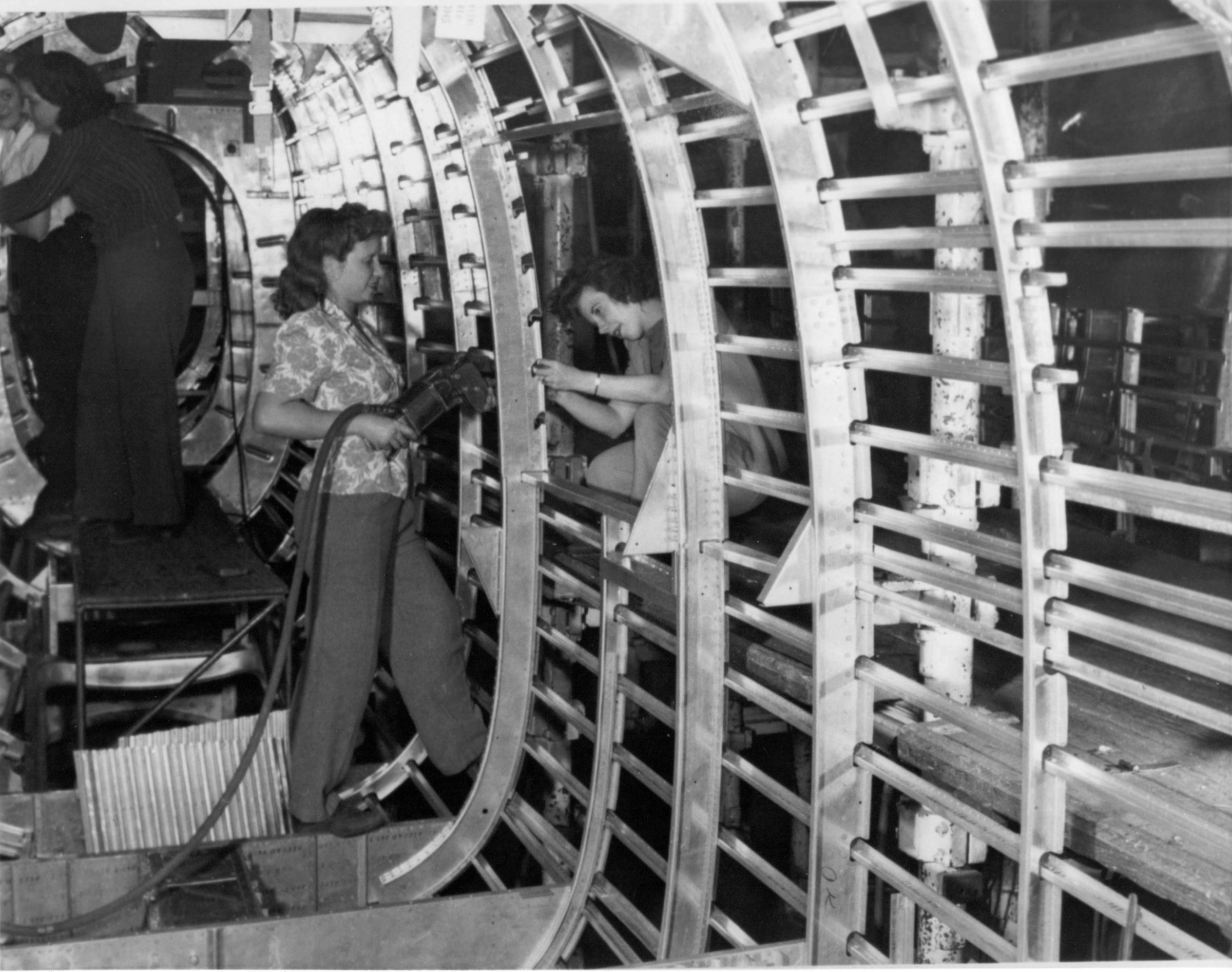