Mary Riddle was born in 1902, and was a member of the Clatsop Tribe in Oregon and the Quinault Indian Nation in Washington.  Her grandmother thought her cries sounded like those of a small bird, and gave her the name Kus-de-cha, which means “Kingfisher” in the Quinault language.  She took flying lessons from famous aviator, Tex Rankin, at his flight school in Portland, Oregon.  She first soloed in May of 1930. 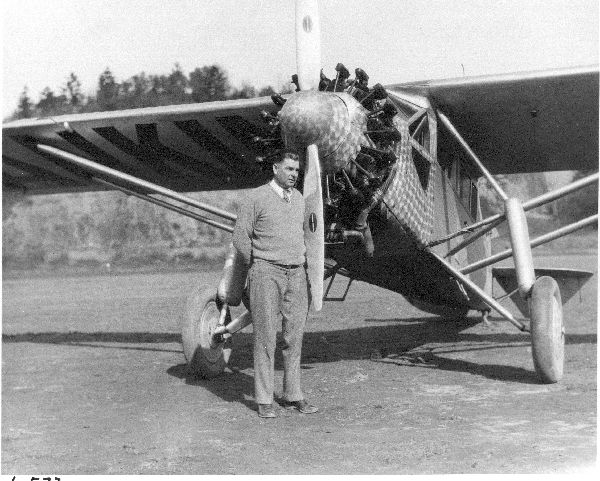 Mary's flight instructor, Tex Rankin, photographed in Portland with a Ryan B-1 Brougham.

She performed in several air meets and received her commercial pilot's license in 1933. She later got training as a parachutist and would also thrill audiences with her jumps from planes. 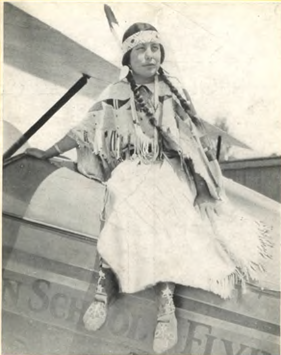 Mary Riddle at the Rankin School of Flying.