Bessie Coleman was born in 1892 to a father who was of Native American (Cherokee) and African American descent.  She was the 10th of 13 children, and would rise from humble beginnings to become the first African-American woman and first Native American to hold a pilot license.  At 18, she enrolled in the Colored Agricultural and Normal University in Oklahoma, but left after one term to return home, to pick cotton and work as a laundress. In 1916, Coleman moved to Chicago, joining her brothers, where she worked as a manicurist. 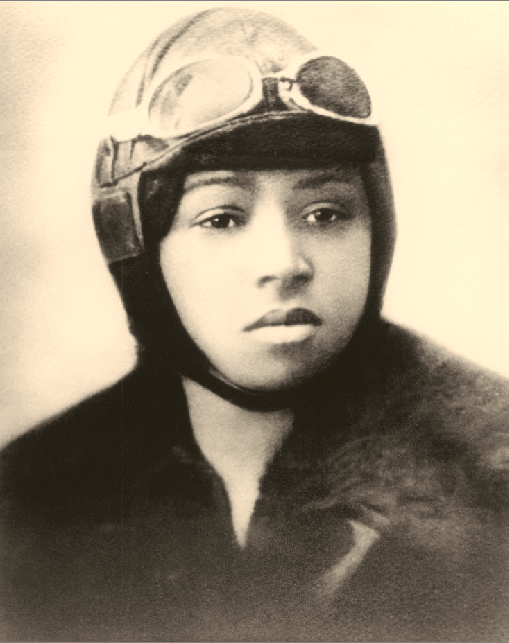 She met many former World War I pilots in her work, developing an ambition to fly. But, there were no opportunities for an African-American woman to learn to fly in America. She learned French, travelled to Paris, and earned her pilot's license in 1921.  She later returned to France in 1922 for advanced training. Coleman toured America, organizing exhibition flights and speaking in churches and schools about the potential of flight.  She "wowed" audiences with daring stunts, climbing above the clouds, shutting her engine down, and then diving to within a few feet of the ground, while also performing barrel rolls, figure eights and loops. 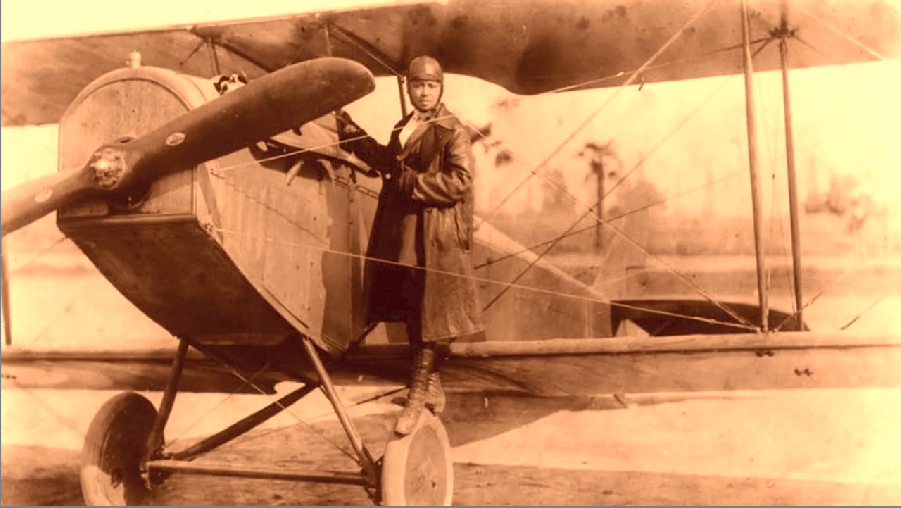 On April 30, 1926, in Jacksonville, Florida, Bessie was on a flight with her mechanic and business agent, who was also piloting the plane. It unexpectantly spun out of control and Bessie fell from about 2,000 feet, ending her dream of establishing a school for young black aviators. William J. Powell, a black World War I flyer and a close friend founded the Coleman Aero Club in 1929, through which he honored Bessie and encouraged aviation within the black community.