On March 8th, 1910, Raymonde de Laroche received pilot's license #36 of the International Aeronautics Federation. Although it is widely accepted that Laroche was not the first female pilot in the world, this was a monumental day because a prominent aeronautical association recognized that a woman had met its criteria as a pilot.  It is fitting that this event took place on March 8th, as this is day is now celebrated as International Women's Day. 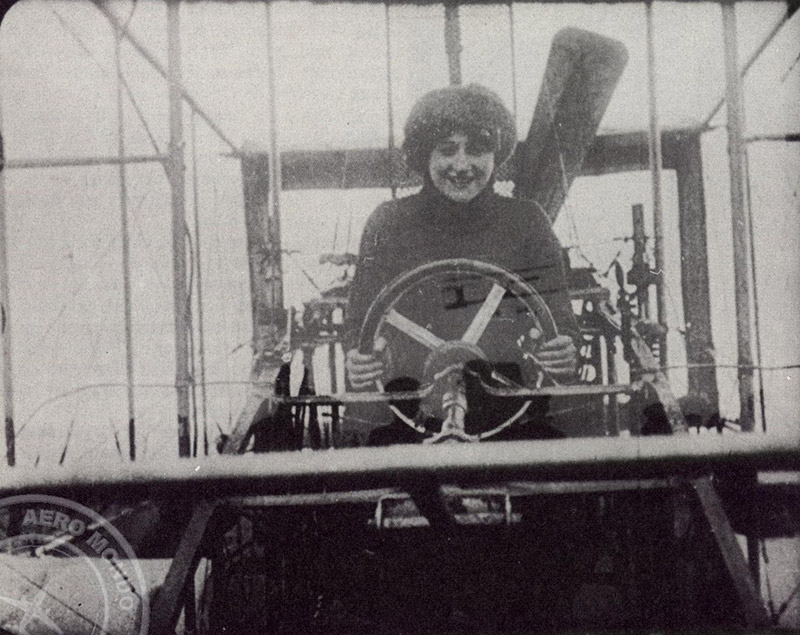 Laroche at the controls of her airplane, most likely a Voisin.

From that point on, women would excel in aeronautics.  However, women would face the extra challenge of trying to succeed in an endeavor that was overwhelmingly dominated by men.  Nevertheless, women would prove that they belonged, and today we celebrate Laroche's legacy and recall all of the women that became pilots, aircraft designers and astronauts. 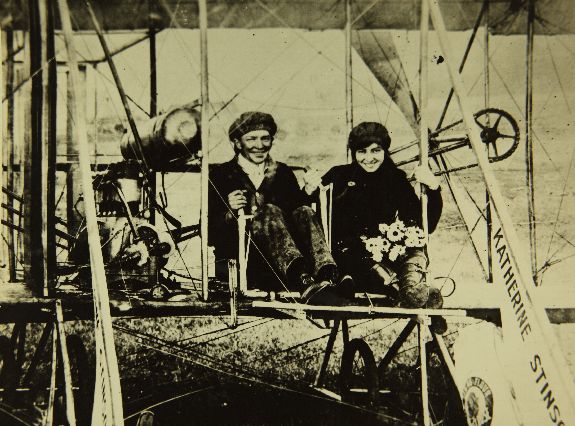 Marjorie and Katherine Stinson were early women who challenged the stereotype that only men could be pilots.  They flew over San Diego in 1915, looping the loop during the 1915 Panama California Exposition.

The San Diego Air & Space Museum has a very large collection of archival material and objects related to women in aviation.   The Library and Archives has over 200 personal papers from significant individuals involved in aviation.  These papers, also known as "special collections," contain documents, photos, correspondences and other ephemera that were donated to the Museum by the owner or their family.  Several of these collections belonged to significant women in aviation, and this exhibit looks at some of our favorites. Finding guides for these collections can be found in the Special Collections area of our website, and all are open to research by appointment.  Additionally, the Curatorial Department has hundreds of artifacts from important female aviators.  Some of these items are also highlighted in this exhibit.

A Legacy: The Women of Flight Collection

Curatorial Collection: Beyond the Exhibit Floor