The earliest "airmail" was most likely delivered by homing pigeons over a thousand years ago, but the first recorded use of an air vehicle to deliver mail occurred on January 7, 1785, when Jean-Pierre Blanchard and John Jeffries delivered a letter across the English Channel to France on a hot air balloon.  Blanchard would also deliver the first letter by balloon in the United States, in 1793. 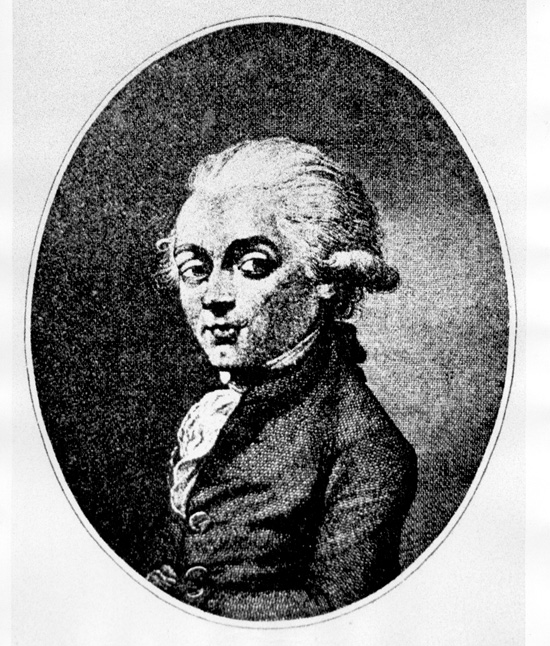 Another important event in the history of airmail occurred on August 17, 1859, when John Wise set off for New York from Lafayette, Indiana with over 120 letters in his balloon, Jupiter. Although he was forced to land after only traveling 25 miles, he would try again in a month and travel over 800 miles. 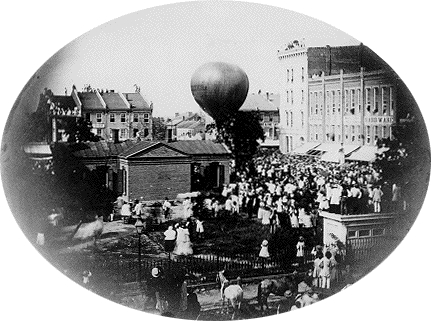 John Wise sets out from Lafayette, Indiana in 1859

The first known airmail flight by aircraft occurred on February 17th, 1911 when Fred Wiseman carried letters, newspapers and groceries a distance of 15 miles. A day later, the first "official" airmail flight was made when Henri Pequet flew 6,500 letters a distance of eight miles in India. 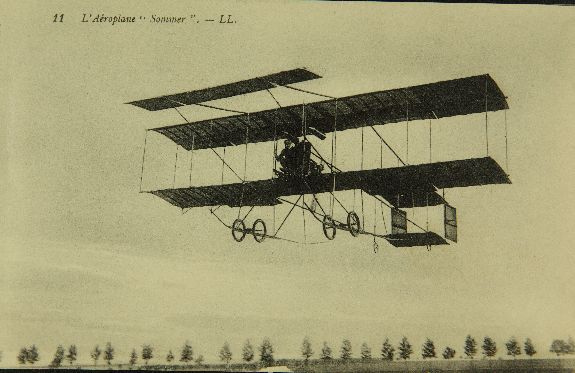 A Sommer biplane, similar to the type used by Pequet in India

The first airmail delivery sanctioned by the U.S. Post office was made by Earle Ovington in New York on September 23rd, 1911.  Ovington never landed, but instead tossed sacks of mail out of his airplane, scattering mail in all directions. 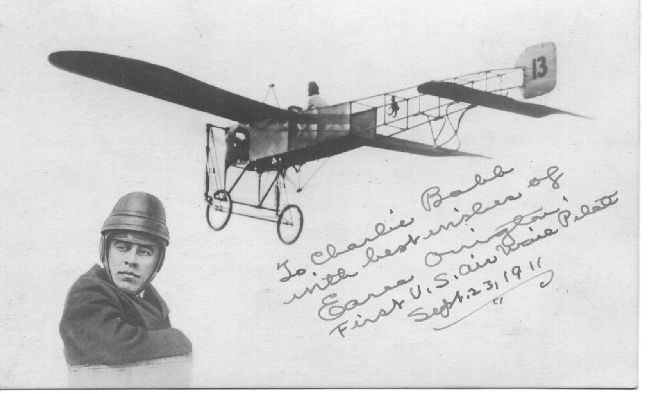 Ovington and his Bleriot, in which he made the first official U.S. Postal Airmail flight. The autographed image is from the Charles Babb collection.

Other airmail related firsts would occur before the First World War, but existing aircraft were not technologically advanced enough to make large scale mail delivery by air practical. This would change as aircraft development would rapidly accelerate during the War.