The first international airmail flight from the United States occurred on March 3, 1919 when William Boeing and Eddie Hubbard flew 60 letters from Vancouver to Seattle. A year later, Hubbard would be the main pilot on the first international contract route between Victoria, British Columbia and Seattle. 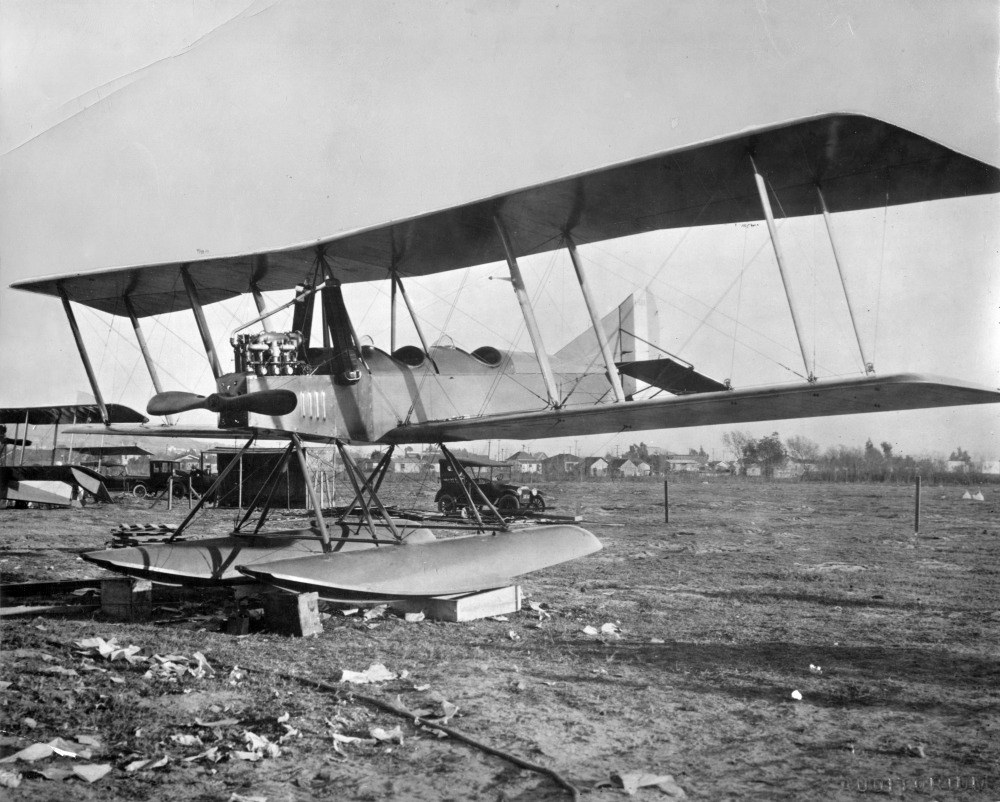 Over the next decade international routes were established to such destinations as Havana, Mexico City, the Canal Zone, and the Bahamas. 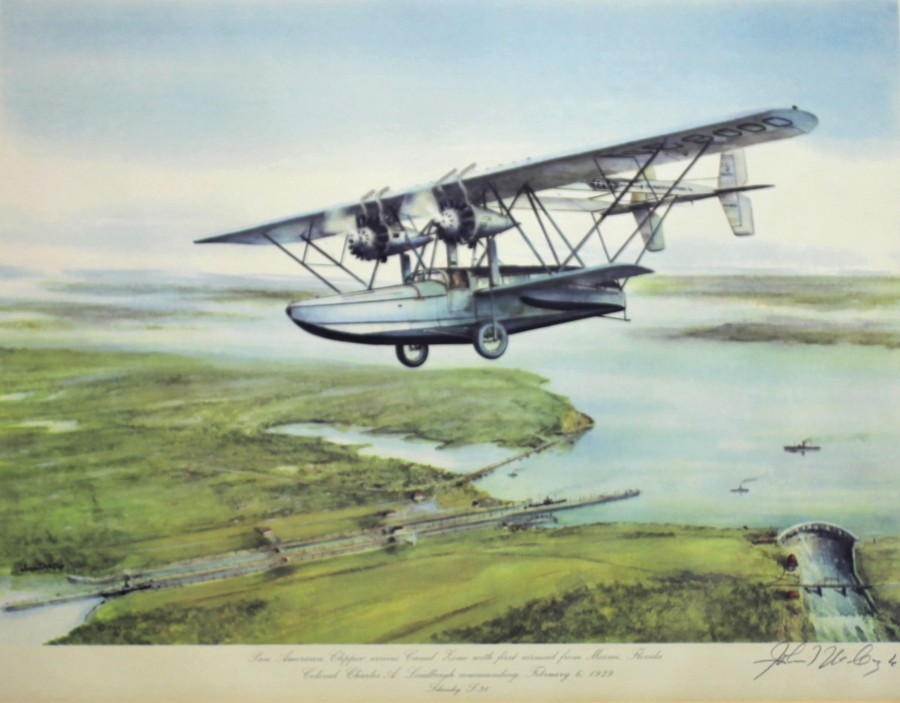 Painting by John T. McCoy showing Charles Lindbergh's Sikorsky S-38 on the first airmail flight to the Canal Zone from Miami in February of 1929

The late 1920s also saw a series of experiments that investigated the delivery of mail to and from passenger ships. In 1927, aviator Clarence Chamberlain took off from a temporary flight deck on the passenger ship Leviathan, and flew 100 miles to New Jersey, delivering 60 pieces of mail. 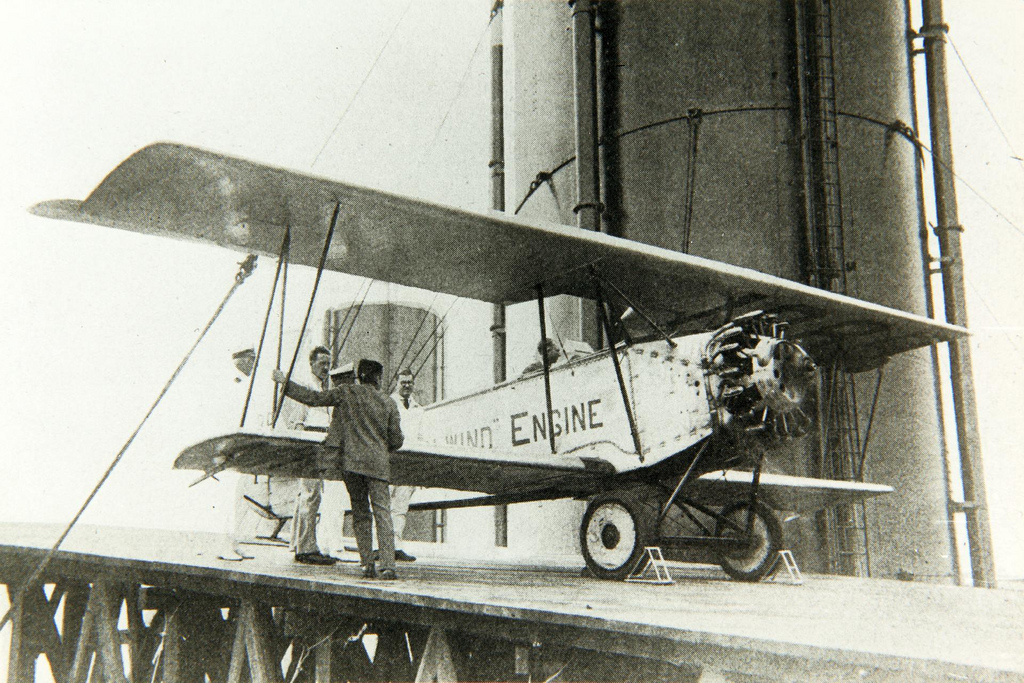 Chamberlin prepares to take off from the Leviathan in his Fokker S.II

Two years later, Dr. Lytle Adams engineered a device that allowed for an airplane to drop off and pick up a mail sack from a ship while in flight. After several attempts, the device successfully dropped off and picked up a sack of mail from the Leviathan.  However, the operation was too difficult to be implemented long term. 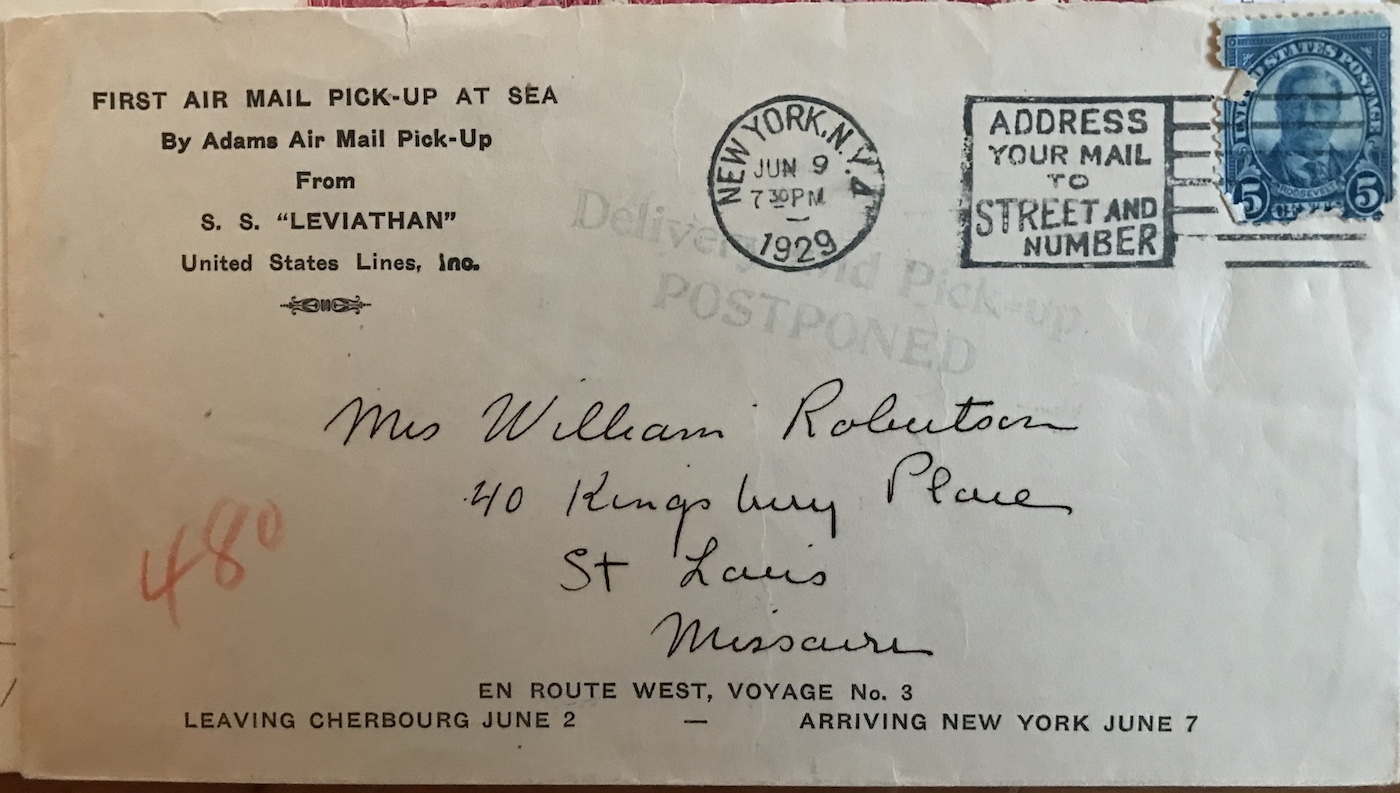 On November 22, 1935 a Martin M-130 took off from Alameda, California and inaugurated the first Transpacific Airmail Service. The route would take the Martin to Hawaii, Midway, Wake, and Guam before arriving in Manila. Soon other Pacific routes would be open to Hong King, Australia and China. 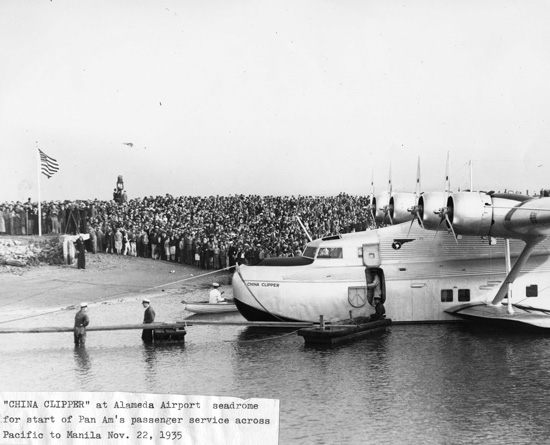 Transatlantic airmail service began in 1939, when Pan American Airlines flew the Boeing 314 from New York to Europe.  In addition to mail, the Boeing 314s would carry passengers in unprecedented comfort. 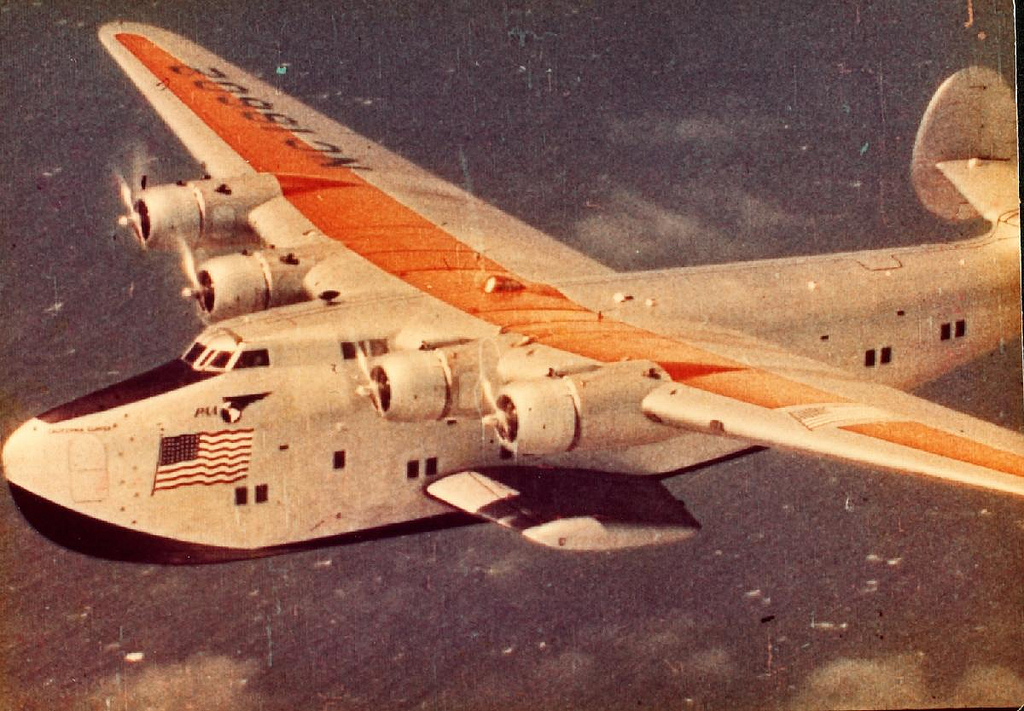 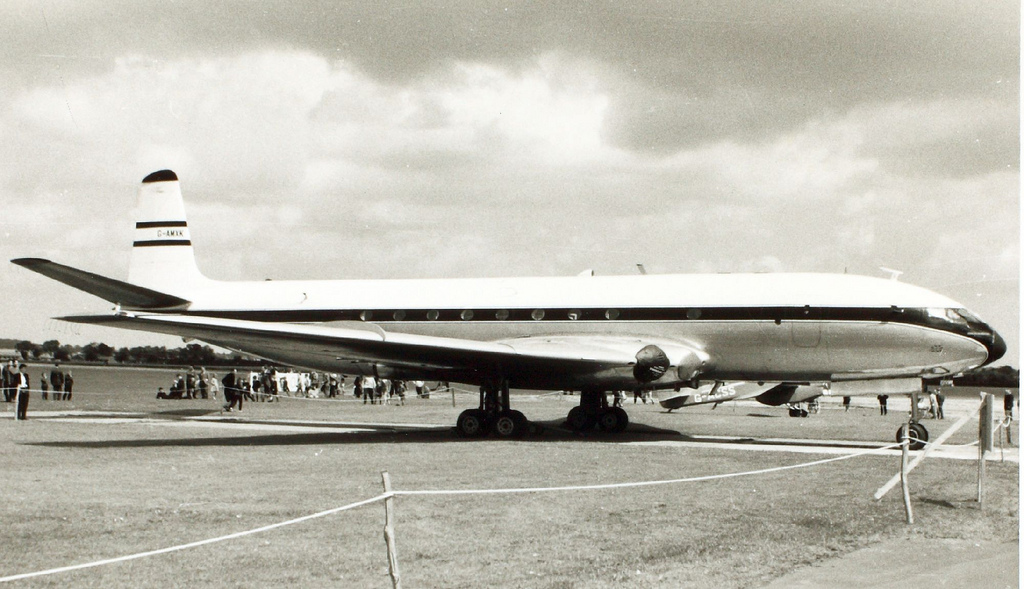