Wally Schirra is, perhaps, the most symbolic of America’s original astronauts. The only person to fly all three of America’s first manned space programs – Mercury, Gemini and Apollo – his place in history is unique. 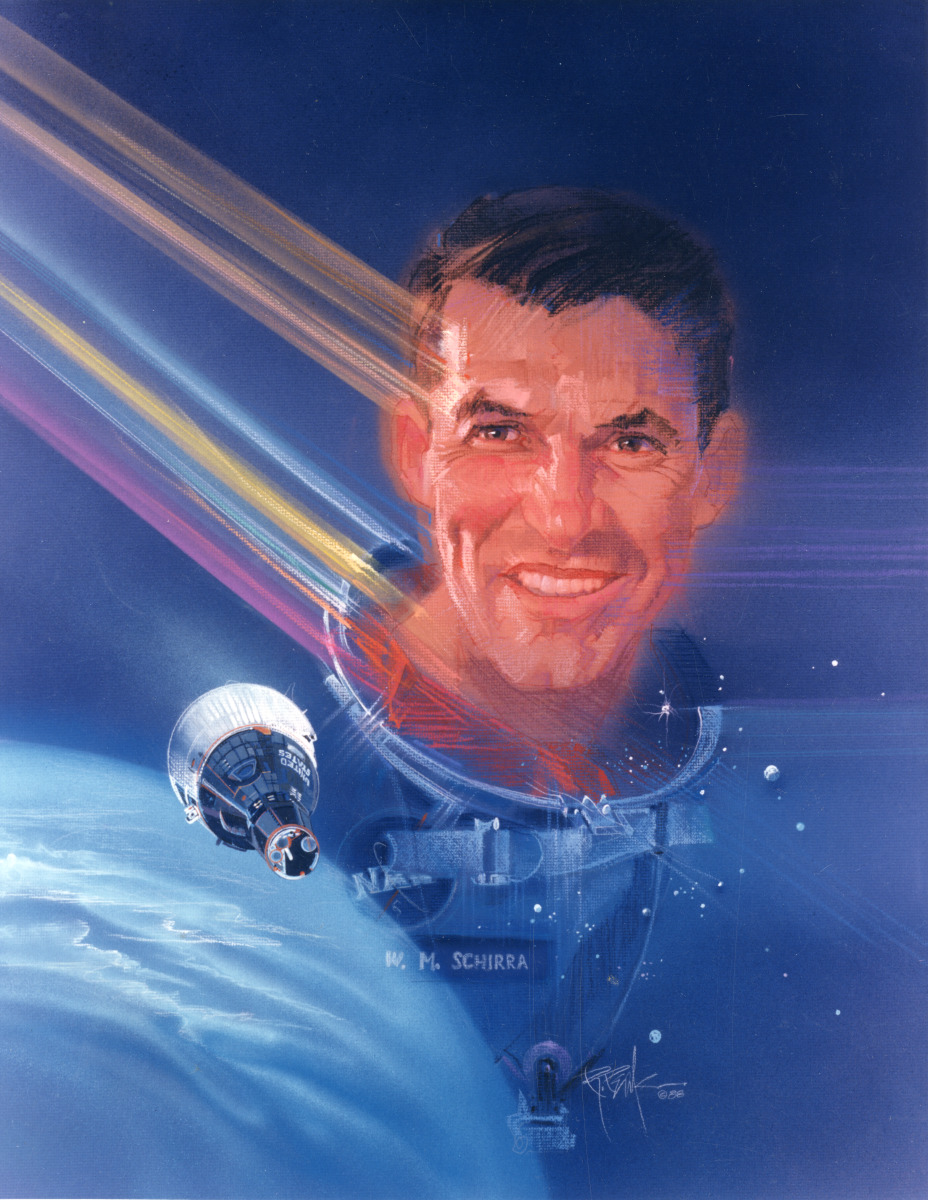 As a member of the original seven astronauts selected by NASA in 1959, Schirra gained a job title that never existed before. No one knew what being an “astronaut” would truly mean. Would daredevils, scientists, perfect medical specimens, or top pilots be the best choice for facing the unknown? Schirra’s excellent piloting career was the reason he was chosen – to the point where Schirra was concerned the astronaut program might be a distraction to his promotion prospects in the Navy. As it was, Schirra had one of the longest astronaut careers of that original group.

The San Diego Air & Space Museum owes much to Schirra. A local resident for the last decades of his life, Wally worked to make sure the museum gained priceless space artifacts and was visited by a who’s-who of aerospace legends who enjoyed his company. The museum is proud to be the recipient of many artifacts related to his career, before, during, and after his astronaut years.

A Hero To All