This exhibit looks at the life and work of world-renowned San Diego artist Charles Rolfe “Chuck” Faust, who was architectural design director for the Zoological Society of San Diego for more than 30 years. In addition to his work with the Zoo, much of Faust's artistic activity centered on aviation, which will also be highlighted in the following pages.  Born in San Diego in 1922, the son of a naval officer, Charles Faust worked at Consolidated Aircraft Corporation in San Diego in 1942, before his World War II service with the Army Air Forces. He is a post-war graduate of San Diego State College, now San Diego State University, and was named the university’s Alumnus of the Year in 1974. 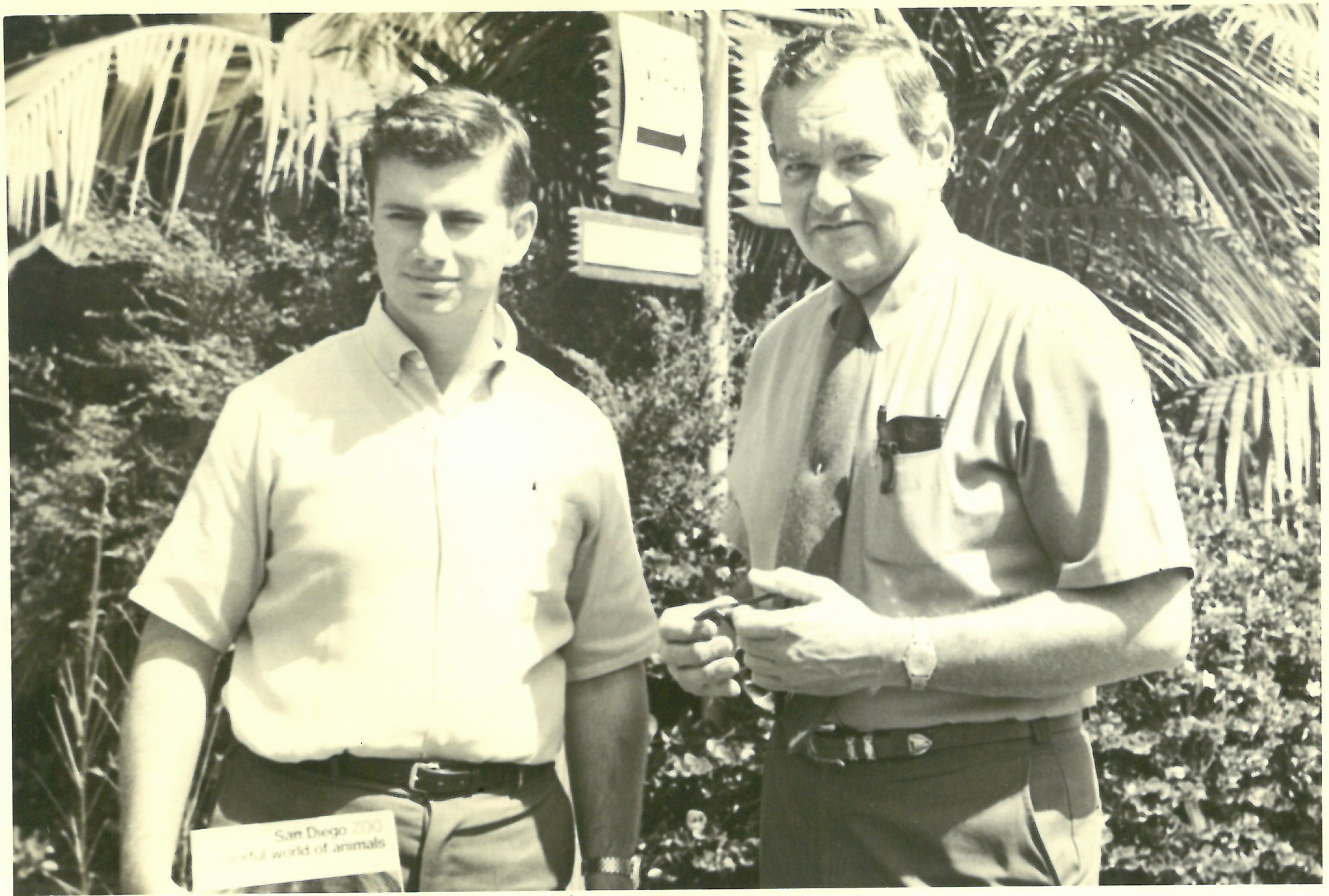 A lifelong resident of the Mission Hills area in San Diego, he was a long time member of the International Air & Space Hall of Fame Board of Directors, associated with and now part of the San Diego Air & Space Museum, also designing the organization’s logo. He died in San Diego in 2000.

Special thanks to Andy Faust for providing information and photos for this exhibit.