Although a classically trained pianist and big-band conductor, Norman Howard Casson enjoyed a highly successful six-decade career in aerospace engineering. Casson has often been recognized for his service as a Launch Test Conductor for the Titan I Intercontinental Ballistic Missile, and later, the Titan II, but he is best known for his significant contributions to the success of the nation’s lunar landing program, the Apollo Project. The Apollo Spacecraft Checkout Group, headed by Casson, did their part to not only meet but beat the goals put forth by President John F. Kennedy, when he challenged our country to commit itself to the goal, before the end of the decade of the 1960s… to land a man on the moon and return him safely to earth.  Norman Casson played a significant role in meeting that goal. 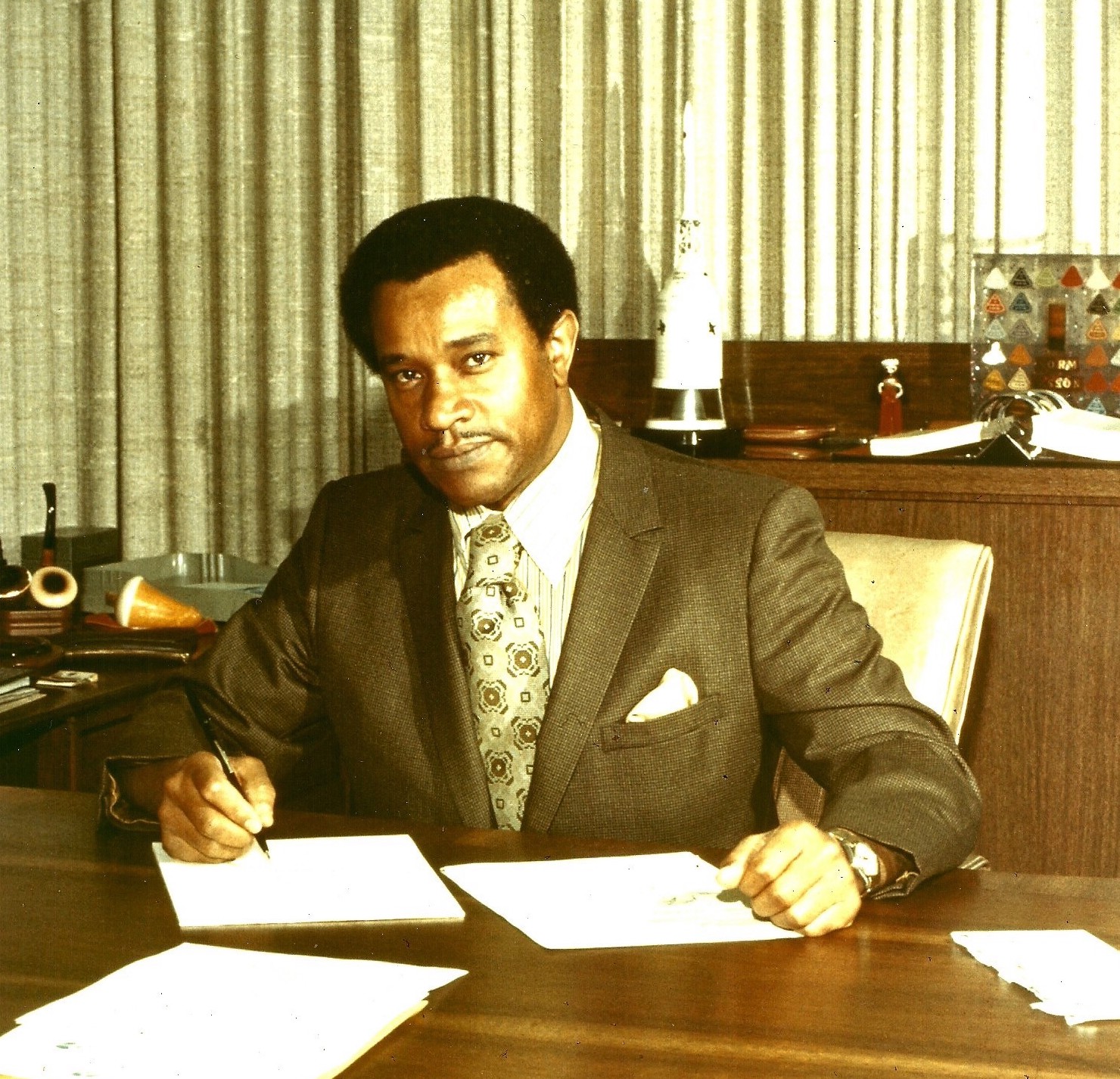 Mr. Casson at his desk at his engineering consulting company, Casson International.