The moon rock on display near the exit of the Space Exhibit inside the San Diego Air & Space Museum was collected by the astronauts of Apollo 17, the last manned mission to the moon in 1972. Apollo 17 landed as planned in the Taurus-Littrow valley, on the eastern edge of Mare Serenitatis of the moon. Its main geologic mission was to explore evidence of the ancient volcanic activity of the basin, and to examine the ancient rocks in the lunar highlands, in an attempt to determine whether there was evidence as to the way the moon was formed. Scientists had several theories about how the moon formed, including that its formation occurred separate from Earth at the time of the formation of the solar system, 4.56 billion years ago. However, the rocks from the lunar highlands demonstrated melting as evidence of a very large impact, with the rocks being dated as 4.2-4.5 billion years ago. Therefore, there is evidence to suggest that the moon formed after a very large object (probably near the size of Mars) struck the Earth in its early existence, thus creating the moon. 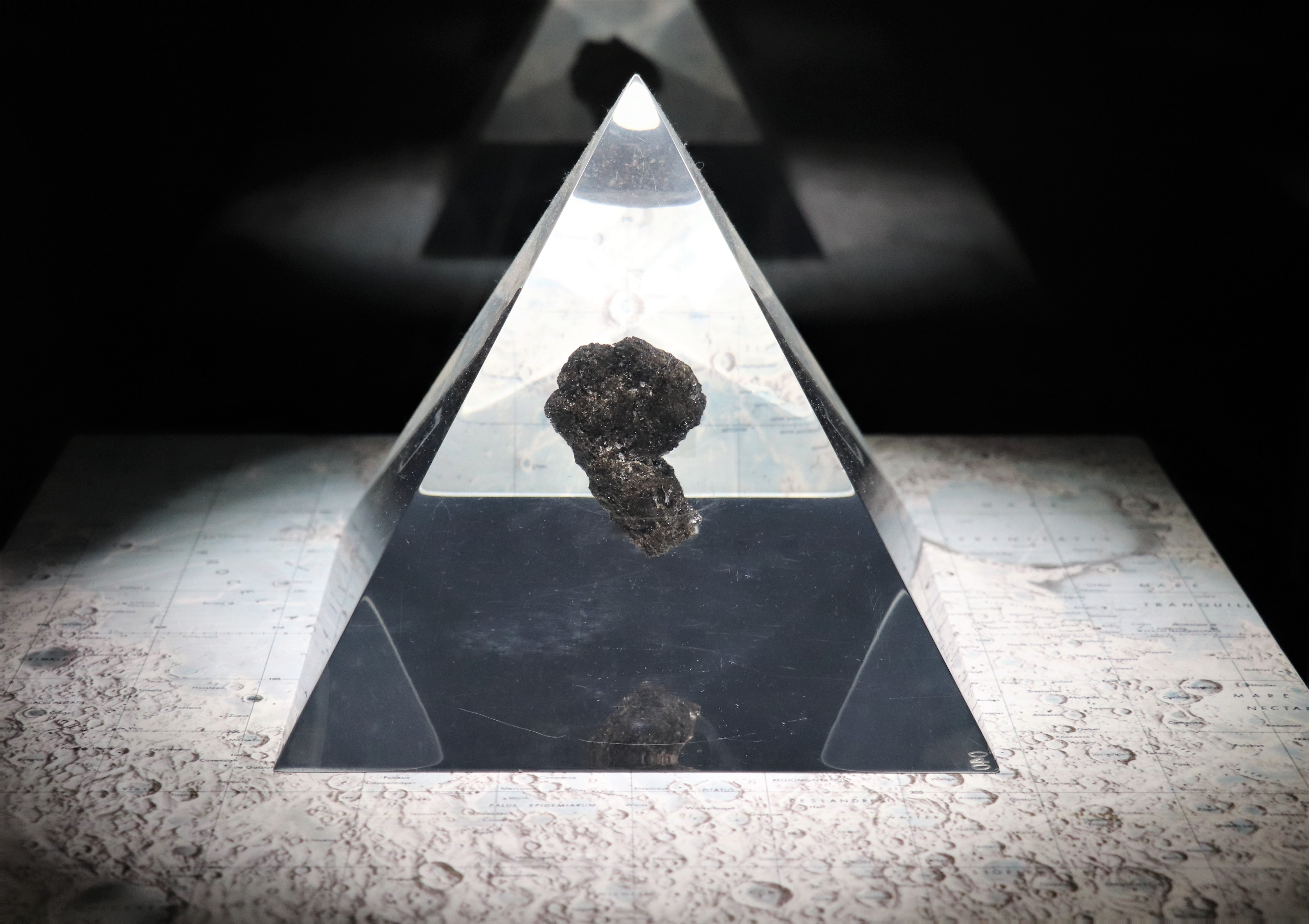 Apollo 17 returned 741 rock, dust, and core samples weighing 244.7 pounds. There was a total 2200 samples from all 6 U.S. lunar landing missions weighing a total of 842 pounds. NASA owns all of the lunar material returned to Earth, and all of it is considered a National Treasure. Therefore, no one may own lunar material. However, NASA loans about 400 lunar samples per year in order to allow for research (both those experiments that will ultimately destroy the sample being examined, as well as those in which the sample is intact and then returned to NASA), as well as for educational purposes, including museums such as ours. All samples on loan are carefully protected in order to prevent theft or accidental destruction of such a National Treasure.

Video on the Apollo 17 Mission.

The sample we have is particularly important in U.S. space exploration history, since it came from the area where the age and method of creation of the moon were determined. This was one of the major scientific goals of the Apollo program. 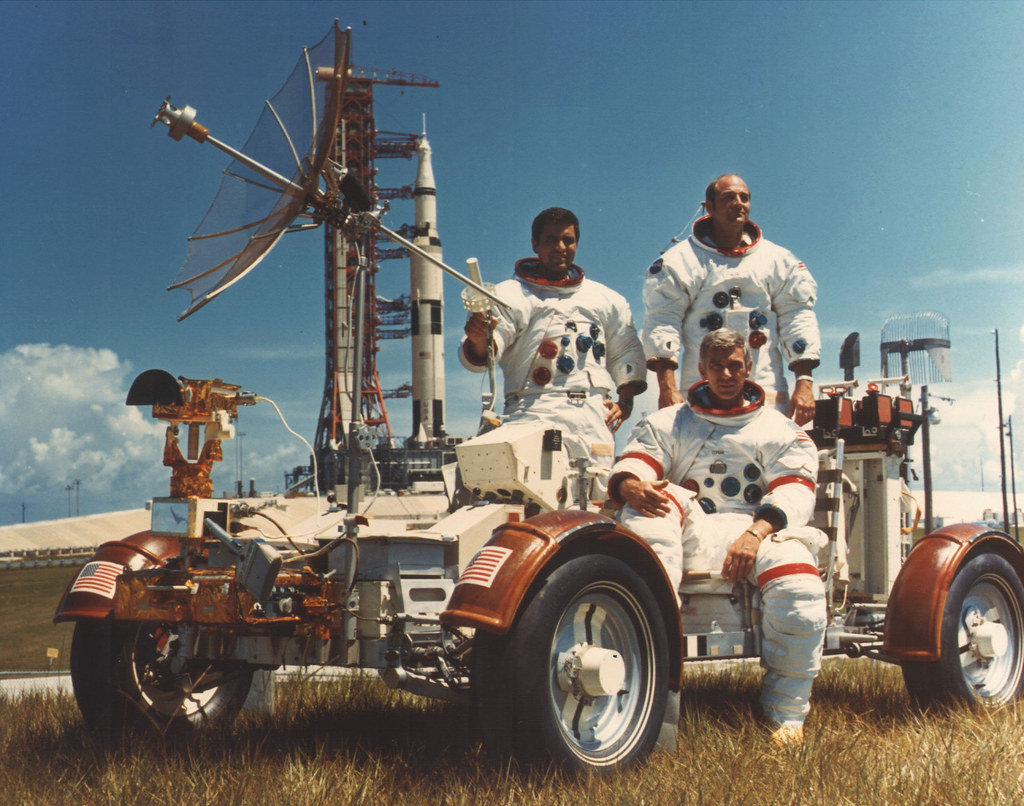 To find out more about how the Moon Rocks were transported, click here!