Gathering samples from the moon’s surface was so important to NASA that Neil Armstrong’s instructions were to do so as soon as he stepped onto the moon’s surface. He was to put rock samples into a pocket in his spacesuit so that he and Buzz Aldrin would have something to bring back to earth in case they had to leave suddenly. 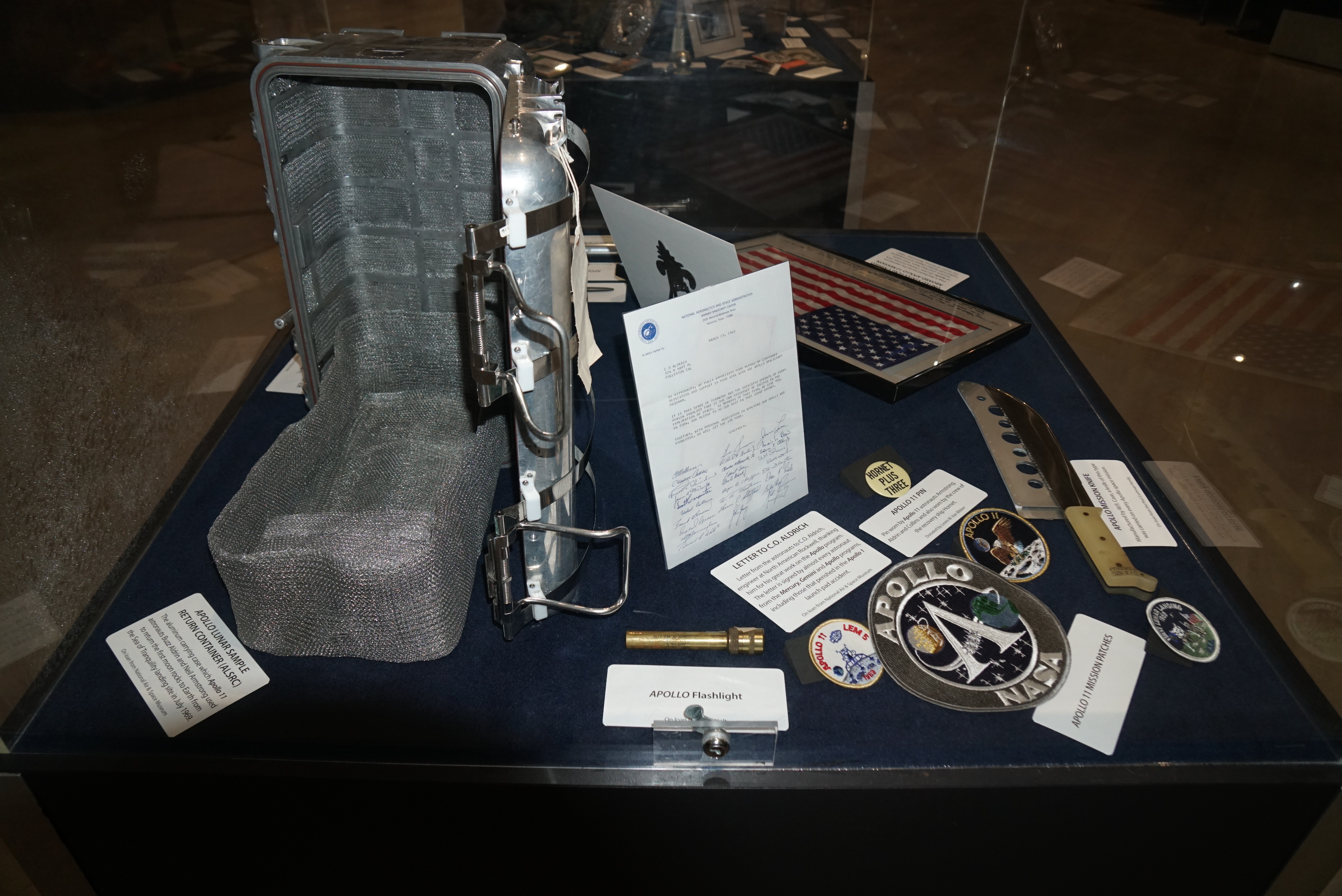 The Moon Rock Box at the San Diego Air and Space Museum.

It is no surprise, then, that the box designed to hold their moon rocks, dust, and core samples was one of the most important pieces of equipment they brought to the moon. The rock box -- technically known as the Apollo Lunar Sample Return Container (ALSRC) – which is on display in the Museum, is the very one brought to the moon on the Lunar Module of Apollo 11. After returning to earth, the box was first displayed at the National Air and Space Museum, and then later put on loan to the San Diego Air & Space Museum, where it is displayed today. The box is made of aluminum, and specially designed to protect the moon samples. The lid has a triple seal, and the interior is lined with an aluminum mesh to protect the samples from both damage from handling, and electromagnetic fields that could also damage the samples. 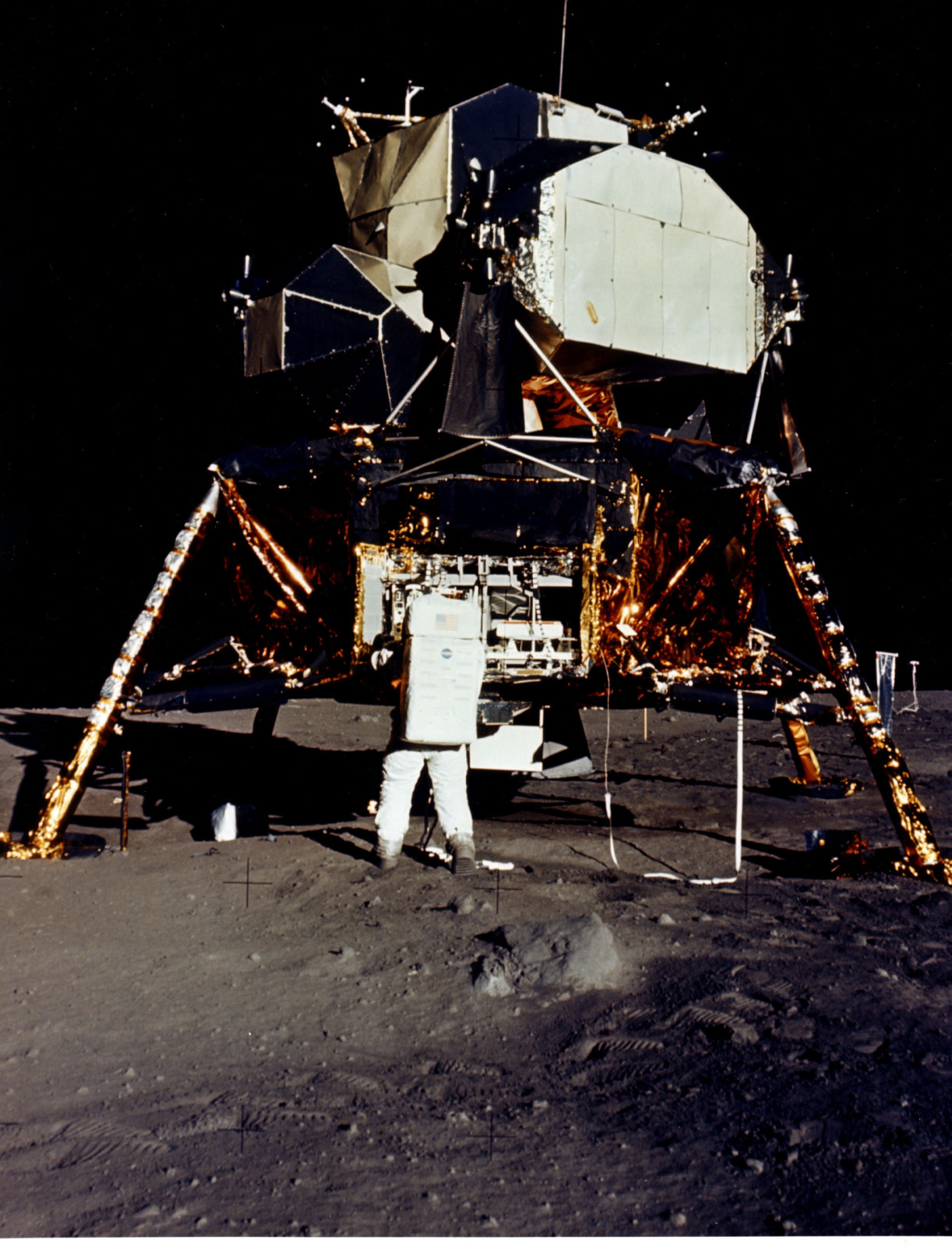 Items inside the box included Teflon mesh bags for collection and containment of samples, and the tools used for collection: tongs to pick up rocks, a rake to collect small pebbles, a scoop to collect dust, and a core sampler. During the time when samples were collected on the moon’s surface, they were contained inside the Teflon bags, then placed inside the ALSRC where the lid was closed and sealed, in order to retain the lunar vacuum inside.

Footage of the Apollo 11 Mission.

After returning to Earth, the ALSRC was delivered to the Lunar Receiving Laboratory at the Johnson Space Center in Houston, and the box was opened in a large, pressurized container filled with nitrogen so the oxygen in the air would not oxidize and change the moon samples. The rocks, dust, and core samples were then further examined with the sophisticated instruments of that time. Some of the rock boxes collected over the six moon landings were not opened until 50 years later (2019) to allow for examination with even more advanced instruments. 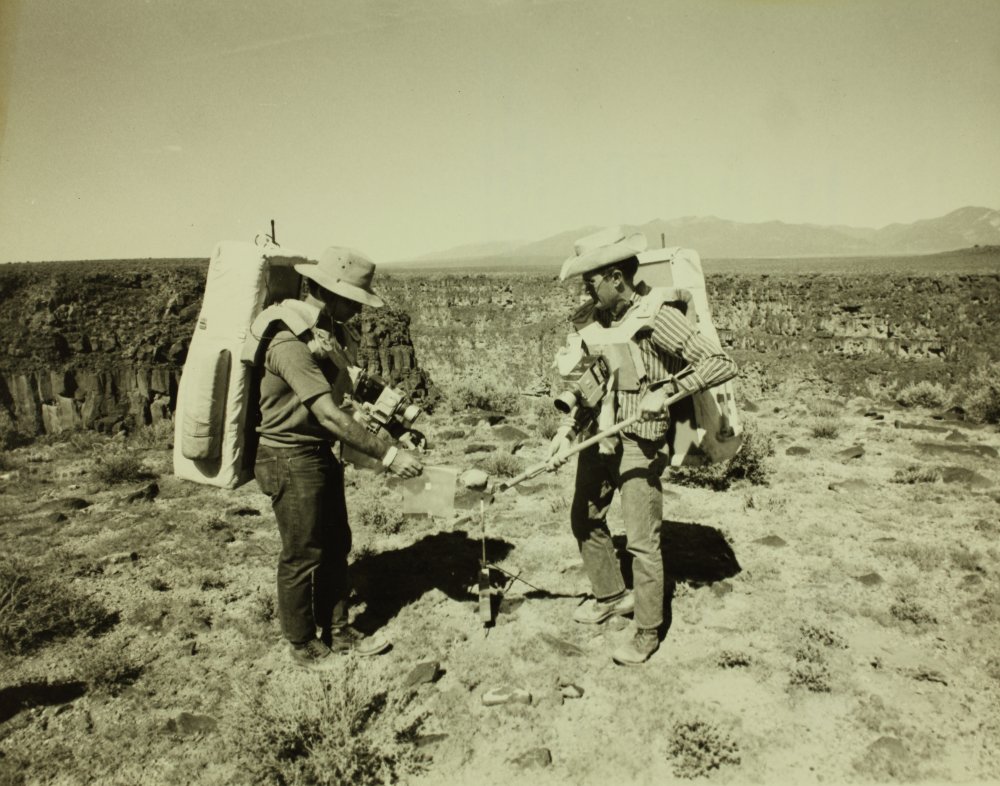 Collecting moon samples was such a vital part of the Apollo program, the astronauts trained by picking up rocks in the desert before their missions.