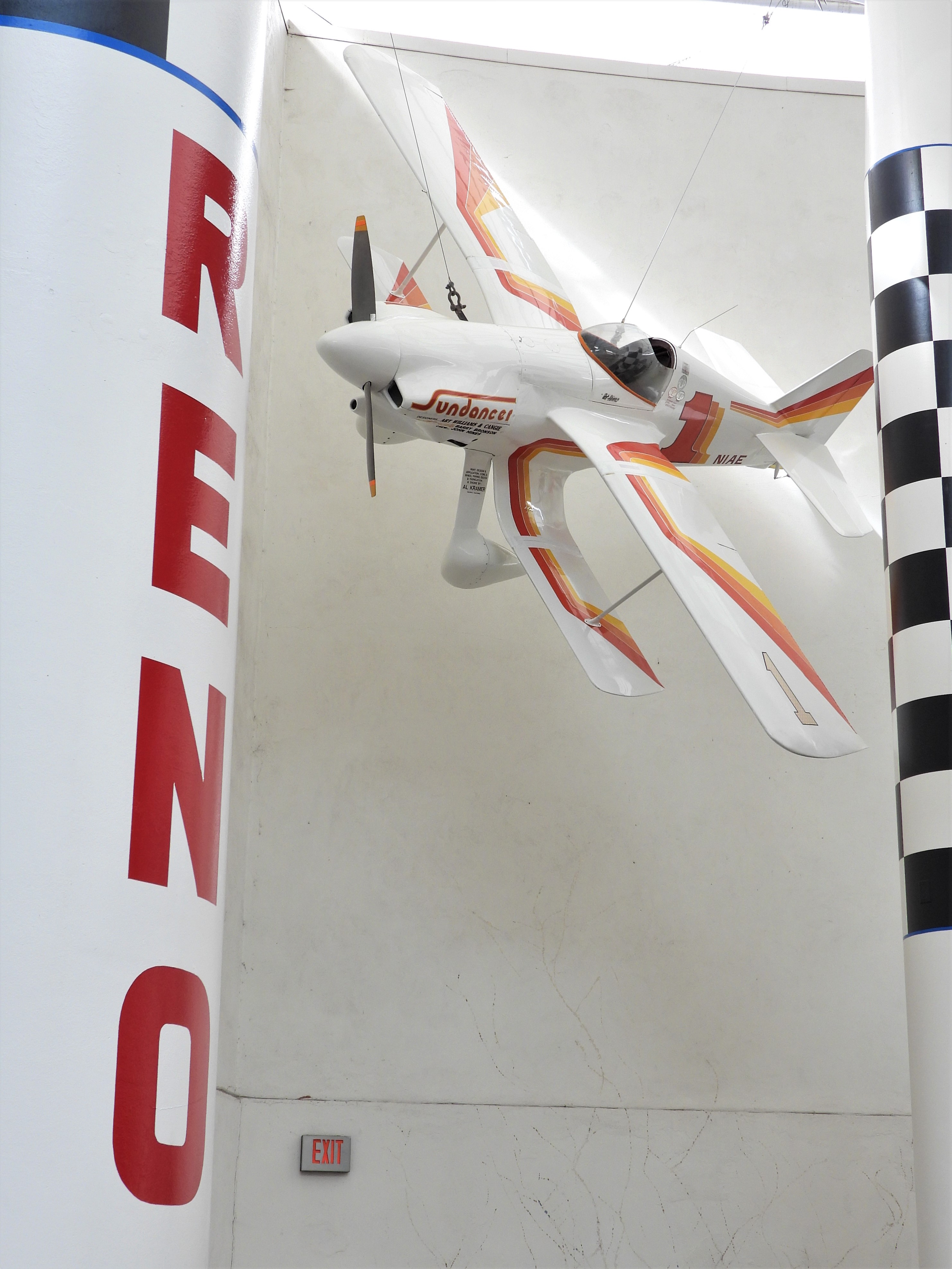 The San Diego Air & Space Museum is celebrating the Reno Air Races with an exciting new exhibit featuring three historically significant racing aircraft. Arrayed in a symbolic three plane heat, in first place we have positioned “Miss ‘B’ Haven," a typical Formula One class racer, followed by “Sundancer” a biplane class winner, and “Shoestring,” a 13 time Formula One class champion following closely behind. The venue for the exhibit is the Museum’s expansive Edwin D. McKellar Pavilion of Flight.

“The three racers in the exhibit are among the most significant of their types to ever compete at the world famous Reno Air Races,” said Jim Kidrick, President and CEO of the Museum. “Our air racing exhibit is the finest of its kind in the world and honors a true iconic legendary venue in the air racing community, the Reno Air Races.”

The Formula One racing class is without question the most successful class in the 86-year history of airplane racing. It has seen more races, more pilots and more airplanes than all other classes combined in a half-century lifetime, and it is the only formal air racing class to be recognized by International Aeronautics Federation (FAI), the world governing body for competitive aviation.

"Sundancer" ushered in an entirely new concept in biplane racing, replacing the traditional wire braced construction of the Pitts type with an aircraft designed on a Midget Mustang fuselage with wing supported by a single strut only. "Sundancer" was so successful in its premiere outing that is was banned from further competition the following year.

“Miss 'B' Haven,” with Pilot Charlie Greer at the controls, is fairly typical of modern era Formula One racers. Excellent streamlining, including an extended propeller shaft, helped make it among the fastest in the field when it last competed in 2006.