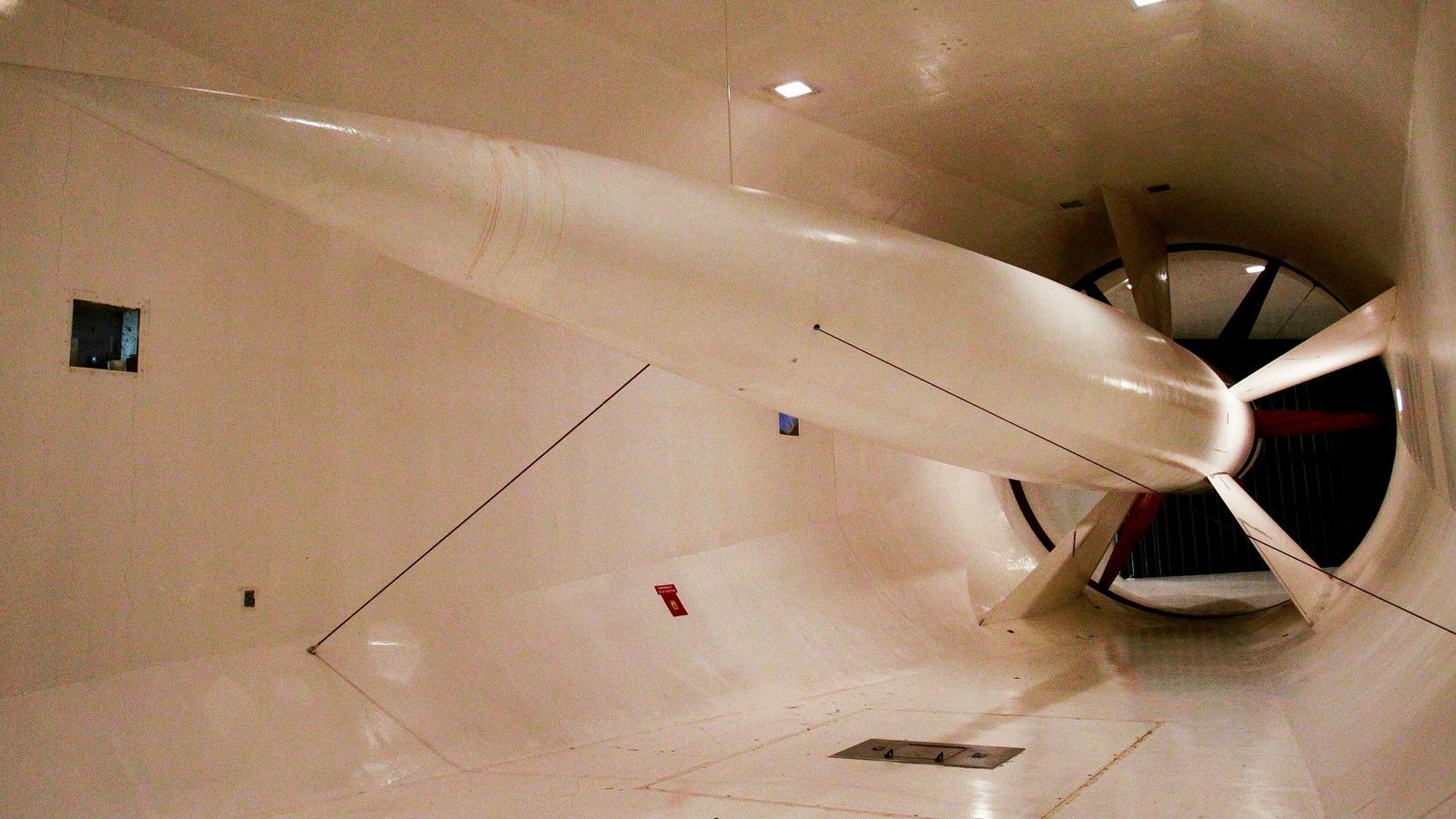 The San Diego Air & Space Museum continues to expand its horizons into the field of research and technology through its Low Speed Wind Tunnel & Technology Center.

May 2017 served as the 70th Anniversary of the LSWT, which is located at 3050 Pacific Highway on the east side of Lindbergh Field in downtown San Diego. The Wind Tunnel originally began operations under the direction of Consolidated Vultee (Convair) in May 1947. General Dynamics assumed operations in 1961 when the company acquired Convair. General Dynamics’ Convair Division (and later Lockheed) operated the facility until a private company took over in 1994. The Museum took over operations in March of 2006, and it remains the only privately held low-speed aeronautical wind tunnel in the United States.

To date, the LSWT has conducted nearly 100,000 hours of testing and has been used extensively in numerous military and civil aerospace development programs, including the F-106, B-58, F-111, F-16, Global Hawk UAV, Tomahawk Cruise Missile, and Advanced Cruise Missile. It has also served the testing needs of Cessna, Boeing, Gulfstream, Northrop Grumman, General Atomics, Raytheon, and Lockheed Martin. As the only wind tunnel in the nation capable of performing low-speed flutter testing, Boeing has used the facility extensively to test all its commercial airliners, from the 707 to the 787 Dreamliner.

The facility has also provided testing for nearly 300 professional and amateur bicyclists. In addition, the US Olympic Luge Team has tested in the Wind Tunnel on multiple occasions.

Earlier this year, the Wind Tunnel was featured in the Los Angeles Times. Click here to read the article.