The Museum’s exhibits team is busy fabricating fixtures and features for the new Space Gallery the Museum is planning on opening in March of next year. There will be no traveling special exhibitions in the museum for at least three years as the area will be dedicated to the new Space Gallery.

With the new gallery, the Apollo 9 capsule will be moved from the Rotunda and installed in the Space area. If the Museum has completed restoration of the Wright Flyer, the Flyer will take the spot vacated by Apollo 9. If not, the Museum will likely place the 1902 Wright glider there until the Flyer is finished.

The Model Shop has completed a magnificent large scale B-17G that now hangs in the WWII gallery. Note the bombs being released from the model’s bomb bay. 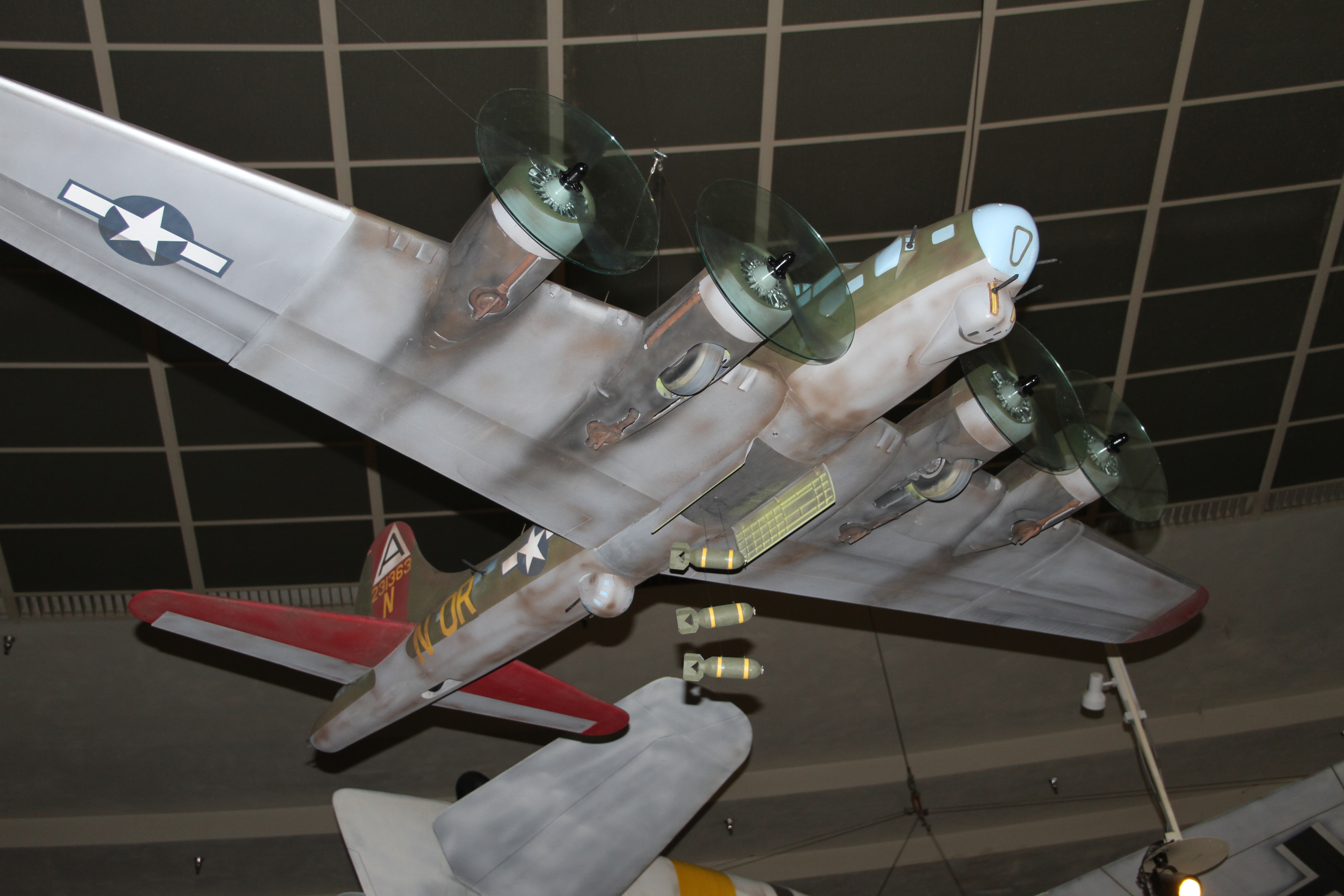 The new B17 model hanging in the World War II Gallery, complete with falling bombs.

RESTORATION
Progress is being made on the Hughes Racer. Panels for the empennage are being fabricated, the tail skid has been permanently installed, the team is about ready to cut the skid doors, and the leading edges of the wings are in the process of being covered. There is much work to be done, but the Restoration team is moving in the right direction. 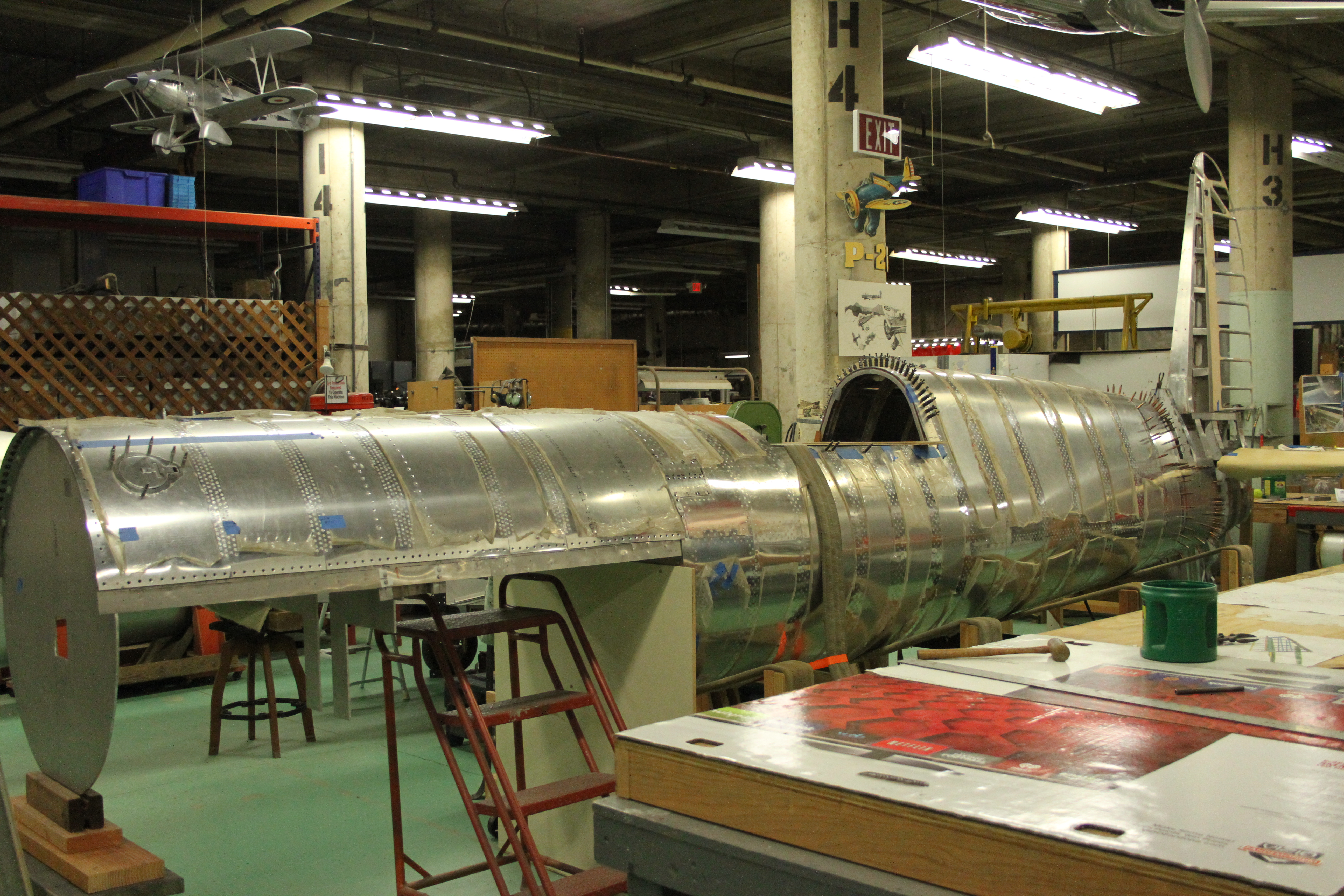 The Hughes H-1 Racer in the workshop in Balboa Park.

The engine shop crew is in process of assembling a RR Griffon engine and their finish line is almost in sight. Thanks to all who have done beautiful work over the past 18 months, and special thanks to Chris Ryser from the machine shop for his recreations of one intake manifold and the engine’s magneto.

At Gillespie Field, progress is being made on the Aeronca L3. It is basically ready for covering of both wings and the fuselage. 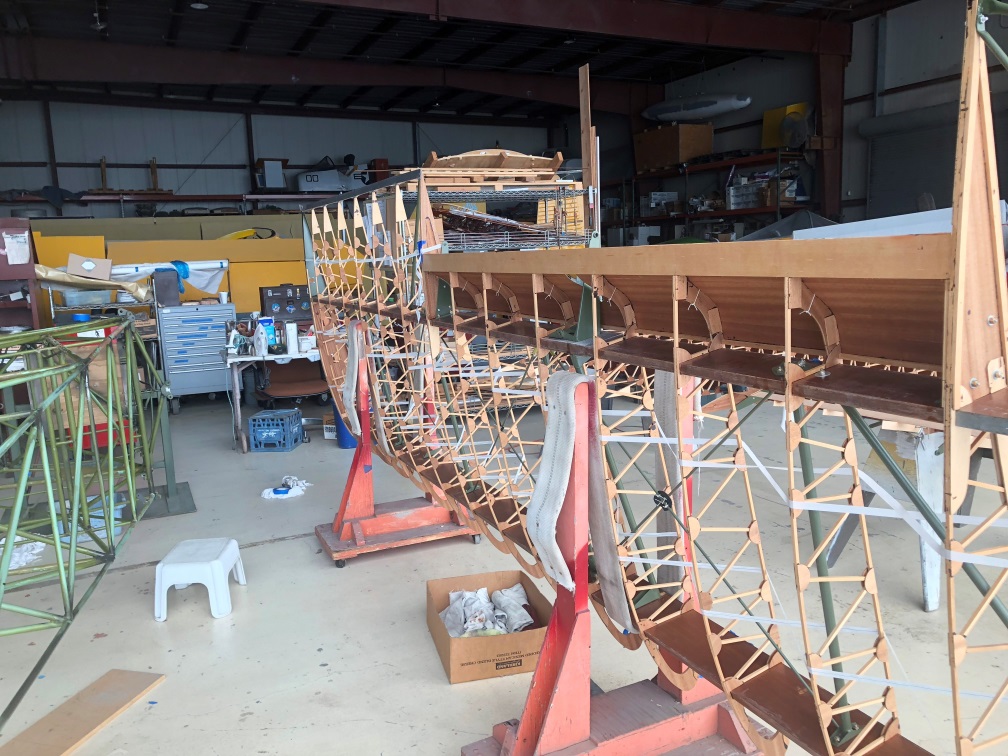 Wings for the Aeronca L3.

The FB-5 metal work is almost complete and progress is being made on the upper wing. 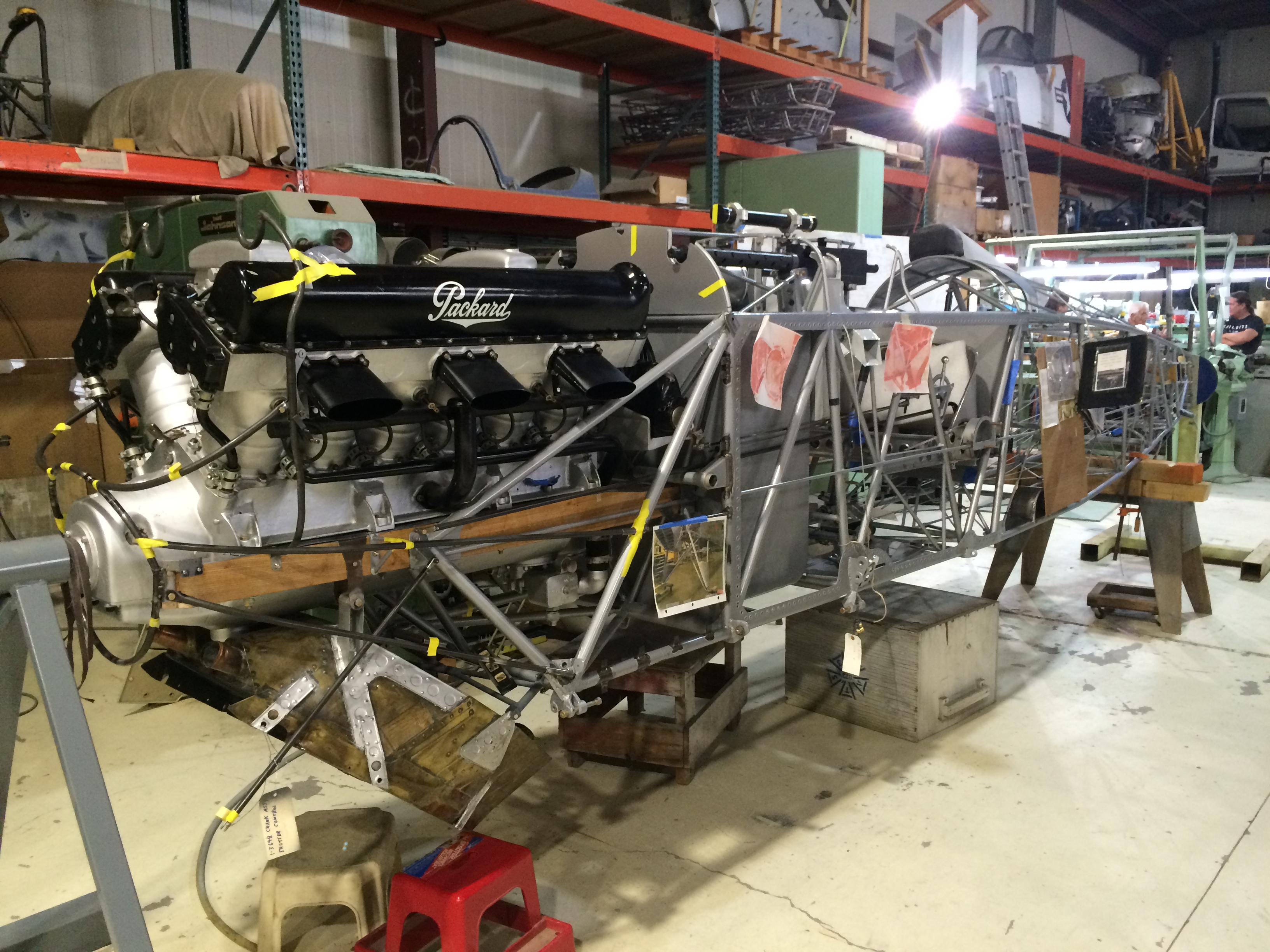