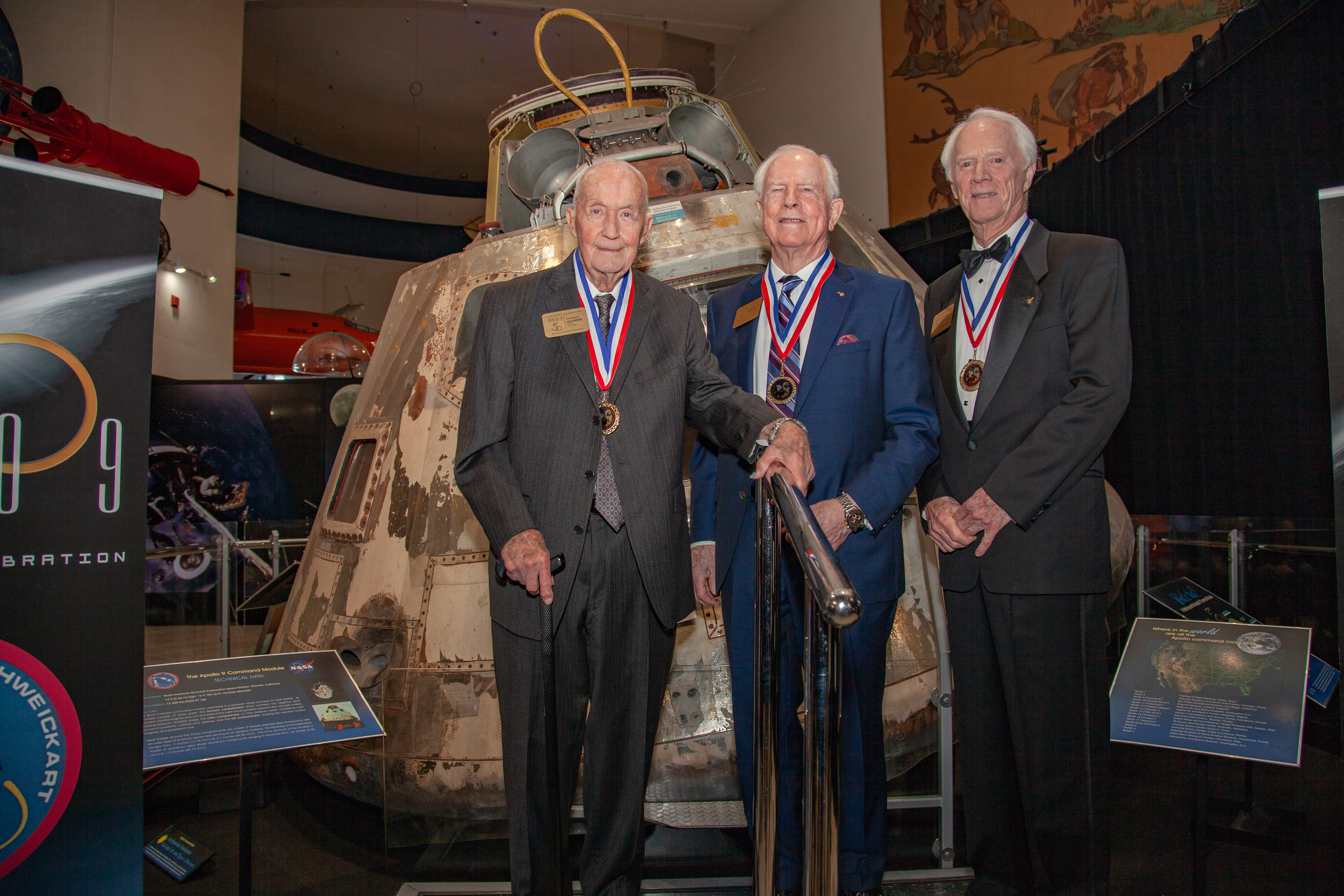 Apollo 9 was just the third manned spaceflight in the Apollo program. The three-astronaut crew paved the way for later lunar exploration with a series of milestones, including the first Extravehicular Activity of the Apollo program, NASA’s first two-man EVA, the first manned test flight of the Lunar Module, the first test of the Portable Life Support System (PLSS) and the first docking of two manned American spacecraft.

The celebration offered a once-in-a-lifetime opportunity to see all three Apollo 9 crew members with their actual Command Module “Gumdrop.”

The crew told never-before-told stories about their mission with the Museum’s guests during a panel discussion, and were later joined on stage by Griffin and Kranz, who shared inside knowledge about the importance of the critical steps taken toward later lunar exploration during the Apollo 9 mission. 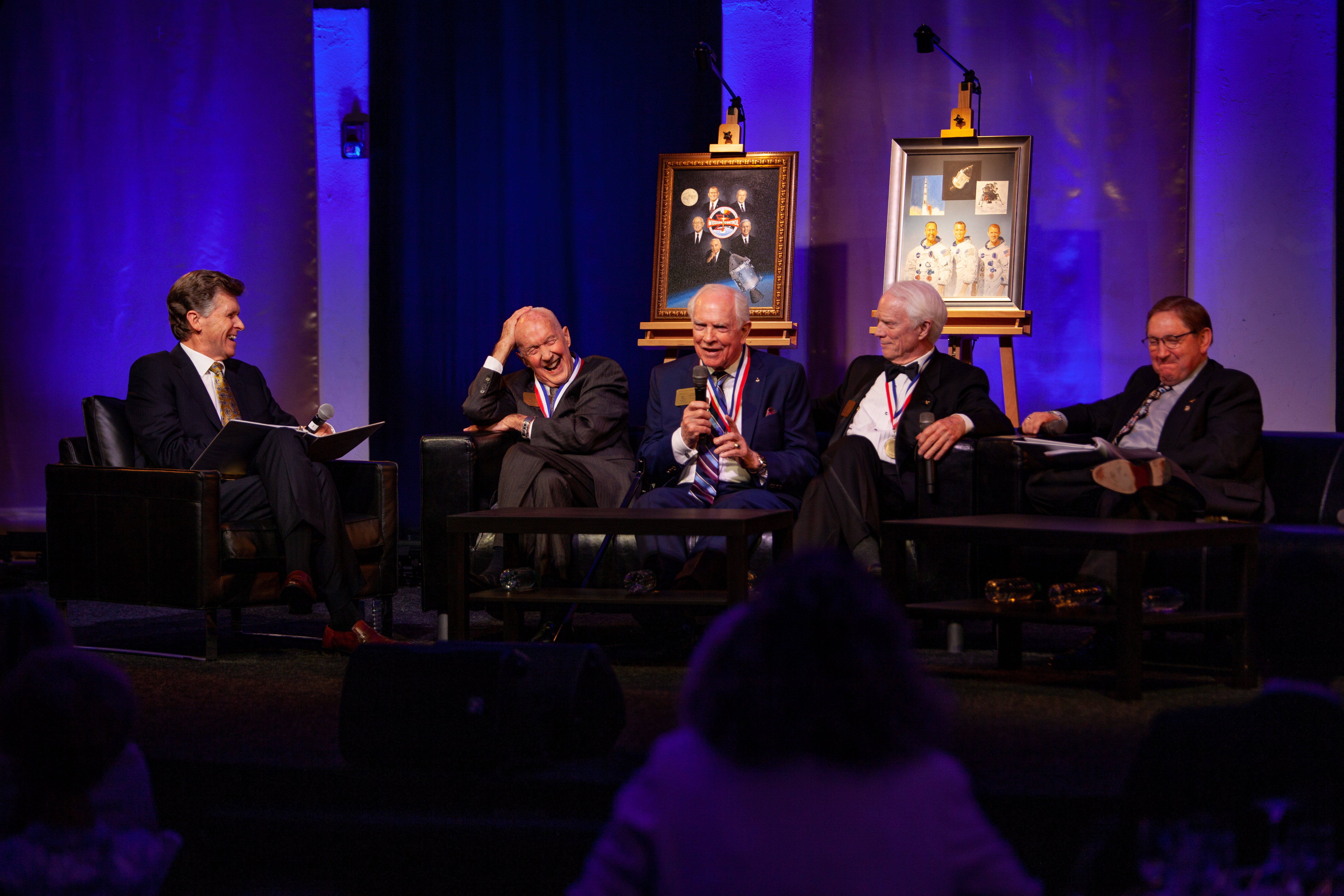 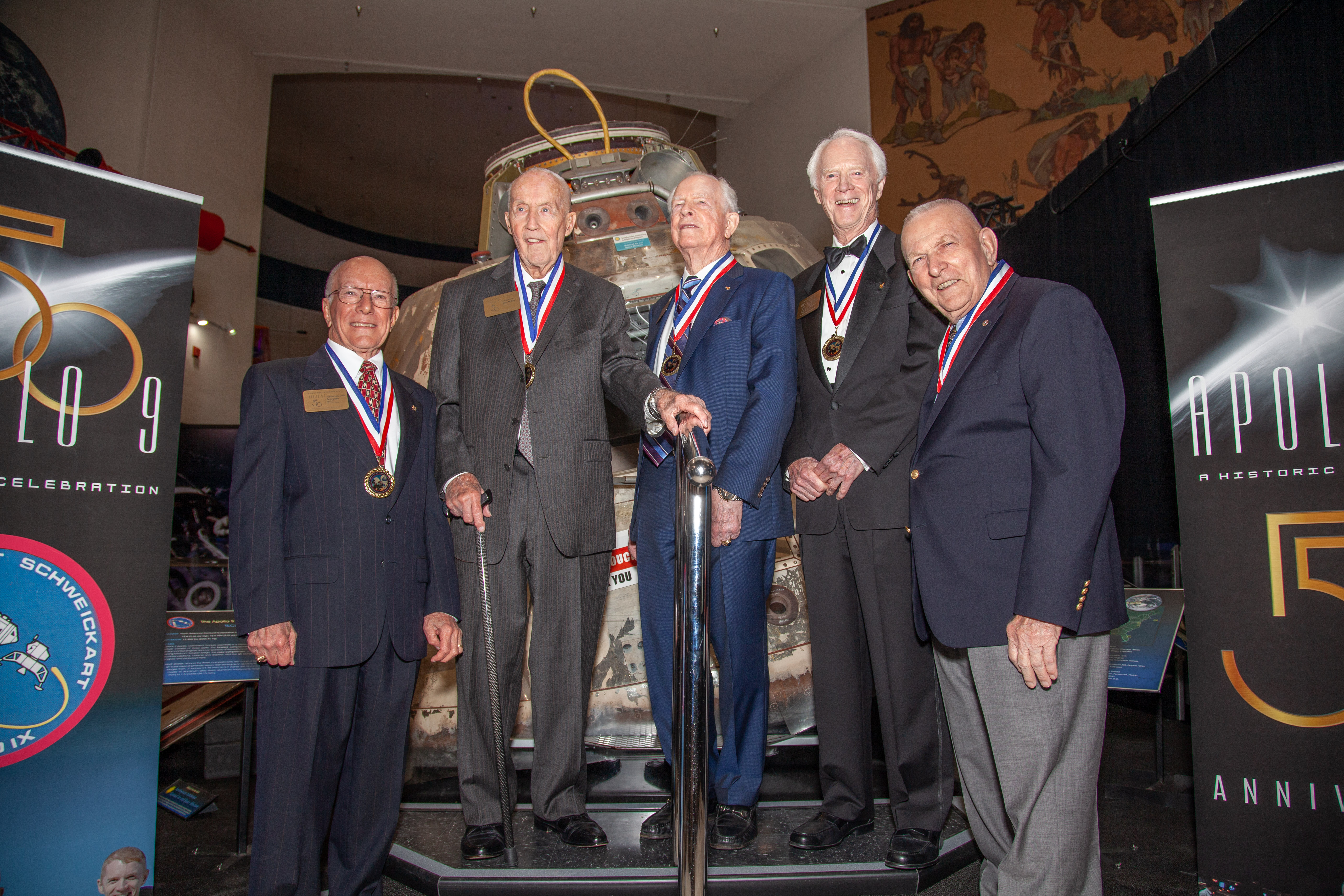 One inside story came from Schweickart, who talked about how he vomited twice on the day before he was scheduled to perform spacewalk, which was supposed to be the first test run of the portable life support system. Neil Armstrong and Buzz Aldrin were scheduled to later wear the PLSS on the surface of the Moon.

But if Schweickart vomited in the portable suit in space, things could go terribly wrong. “If you barf, you die,” he said.

“It was a big deal,” said Schweickart of the critical spacewalk. “If we didn’t get that done, we probably weren’t going to get to the Moon and back by the end of the decade.”

On the day of spacewalk, McDivitt checked in with Schweickart and asked, “How are you feeling?”

Shortly before he was scheduled to leave for the EVA, Schweickart said, “Jim and I looked at each other. ‘So what do you think?’ I said: ‘I think it’s a go.”

McDivitt, the mission’s Commander, made the critical “command decision” to let the spacewalk go on. In the end, the spacewalk was a complete success, proving the PLSS’s value. In fact, the PLSS turned out to be one of the most important pieces of equipment related to the later Moon landings. 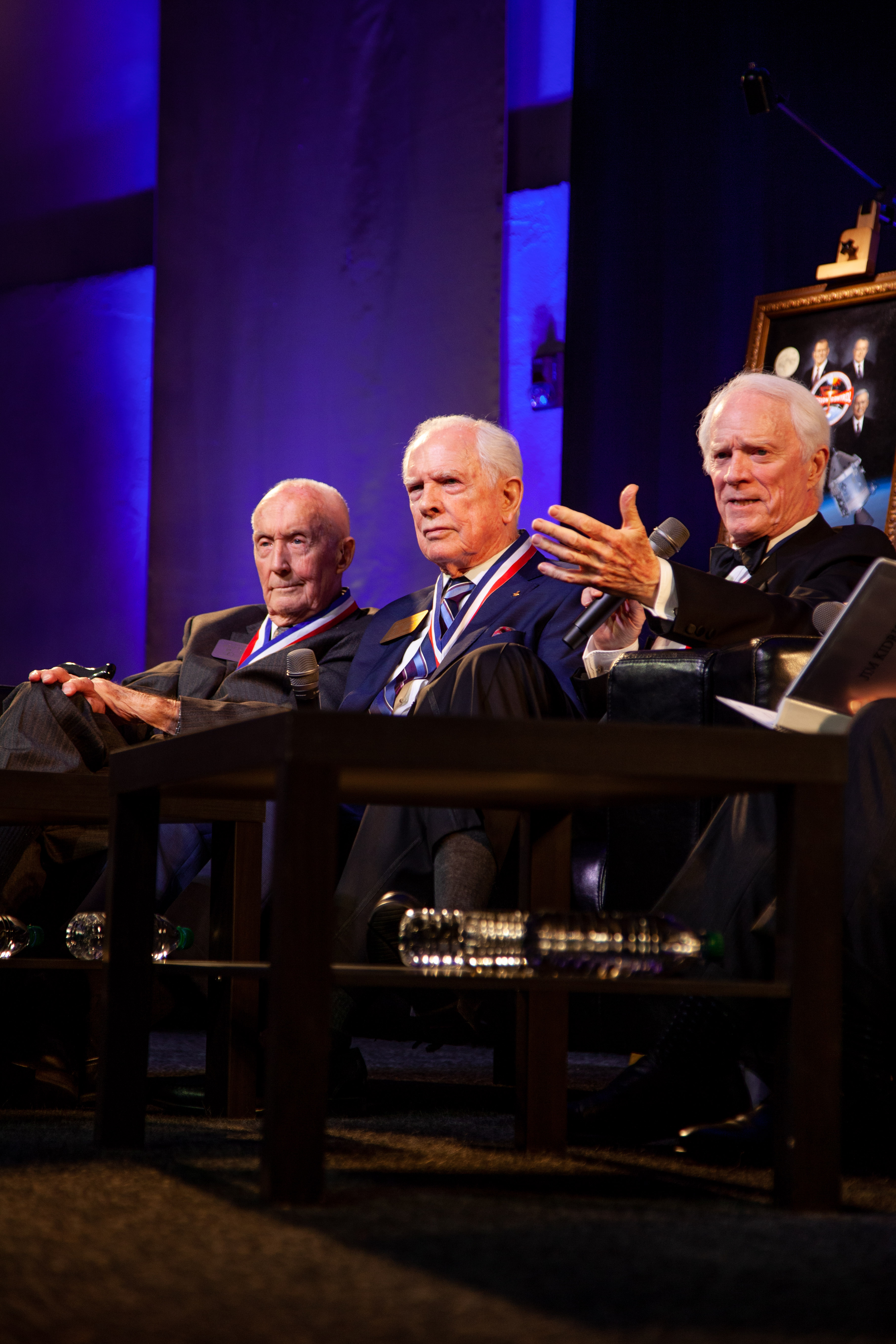 Fifty years after the fact, Schweickart turned to McDivitt, and said, “I’ve never thanked you, Jim. I want to thank you right now,” as the two shook hands.

Among the dignitaries at the event were Buzz Aldrin of Apollo 11, Bill Anders from Apollo 8 with his wife Valerie, and astronaut Tom Stafford of Apollo 10. Each were on hand to support their friends and fellow astronauts from Apollo 9.

San Diego Mayor Kevin Falconer and County Supervisor Nathan Fletcher also each stopped by to share their thoughts on the significance of Apollo 9 and offer their congratulations to the crew of Apollo 9.