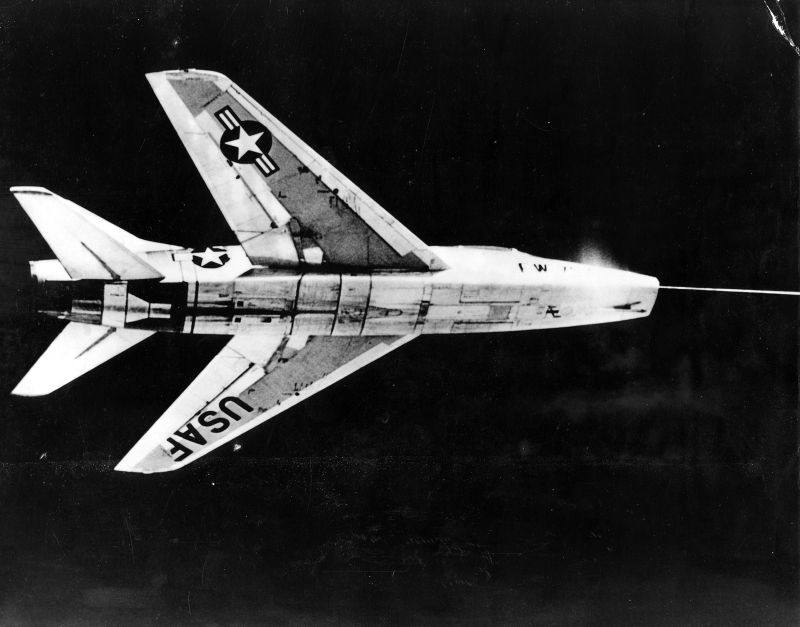 The North American F-100 Super Sabre was the supersonic successor to the F-86 Sabre and flown by the U.S. Air Force from 1954 to 1971, primarily during the Vietnam War.

The F-100 Super Sabre was originally built as an air superiority fighter aircraft, but only model ‘A’ was a fighter.  Models ‘C’ and ‘D’ were built as fighter-bomber aircraft with nuclear weapons capabilities while model ‘F’ was used for training. 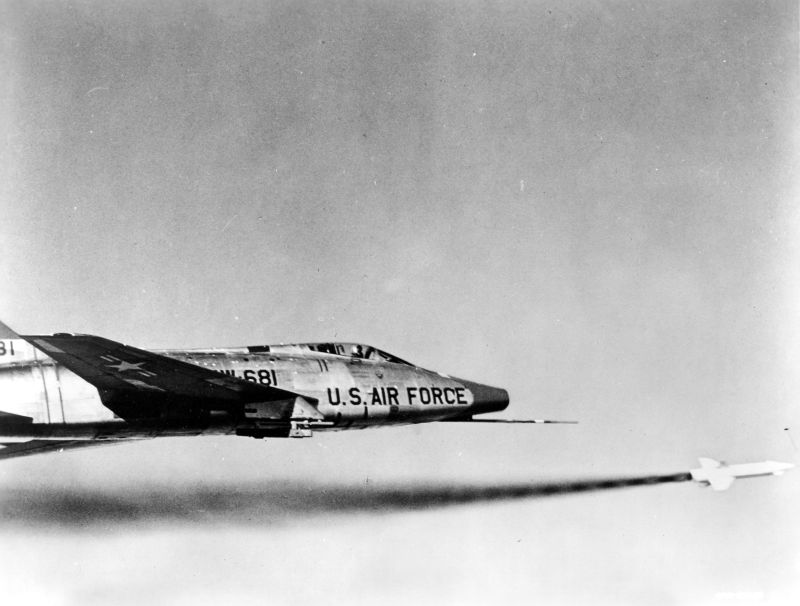 The Super Sabre was nicknamed the Hun by its pilots for “100,” and designed as a MiG hunter. But by the time it began service during the Vietnam War, the McDonnell Douglas F-4 Phantom had taken on the air superiority role and the F-100 was relegated to serving as an attack aircraft supporting ground troops.

Next Page In This Exhibit.