The Atlas was America’s first Intercontinental Ballistic Missile and also the most significant space launch vehicle in history. The Atlas legacy continues today under the leadership of United Launch Alliance…the spirit of space exploration. No space launch vehicle program ever has achieved the success of the early Atlas pioneers and today’s follow-on innovators. SDASM has recently completed a two-year National Historical Publications and Records grant for the digitization of 50,000 Atlas missile and space launch system images, and this exhibit highlight many of the images completed in that project. 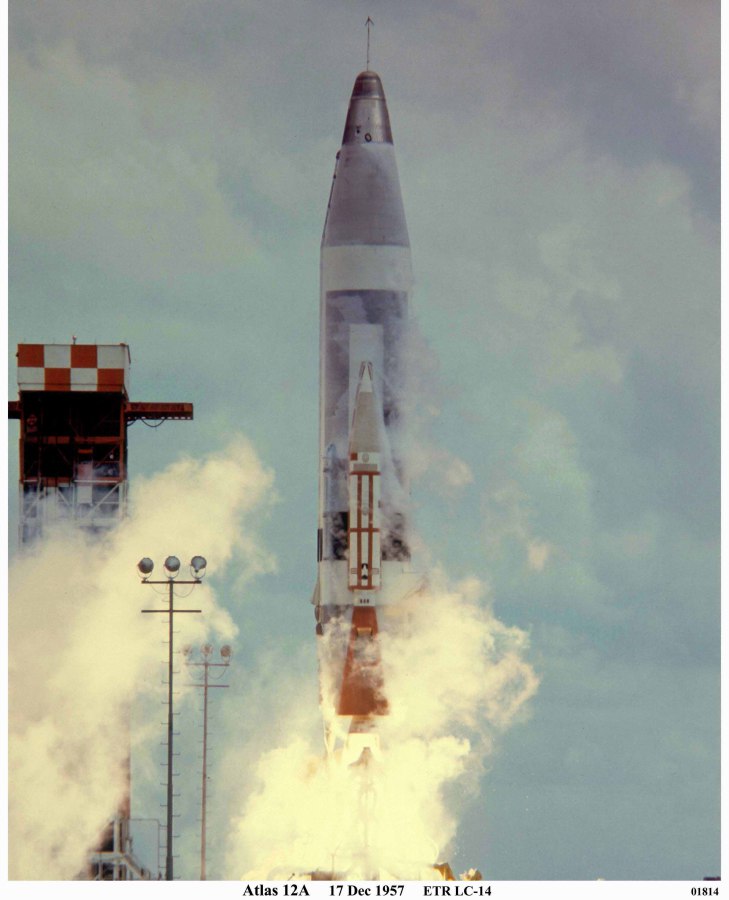 17 December 1957—Missile 12A, the Atlas program’s first completely successful flight, lifts off from Cape Canaveral 54 years to the day after the Wright Brothers gifted powered flight to the world at Kitty Hawk, NC. Atlas shared the ICBM deterrent role with the Martin-built Titan I until both were decommissioned in 1965. The latter were scrapped but the “recycled” Atlas ICBMs served another 40 years in manned and unmanned space missions. Next-generation descendants retaining the proud Atlas name continue to fly but will probably be phased out in the decade of the 2020s. (Piction ID: 54501918 - Catalog: Atlas 12A)

A Trio of Atlas “Launch Pioneers”