At 8:13 PM on February 22, 1978 the San Diego Fire Department responded to one of the city's most spectacular fires. The Electric Building in Balboa Park burned to the ground in a three-alarm fire. It was the home of the San Diego Aerospace Museum and housed fifty-five vintage aircraft, several being one-of-a-kind including the replica of the Spirit of St. Louis built in 1967 by some of the same people who built the original. All were destroyed, including an extensive collection of artifacts and archives, and the International Aerospace Hall of Fame. Constructed of wood and stucco, and containing no sprinkler system, little could be done to save the 62-year-old structure. Estimated at $16 million in losses, Owen Clarke, the Museum's executive director, said of the event, "This is unbelievably tragic. When you've spent that length of time acquiring history, building something up to where it had international prestige, then see it all disappear in a couple of hours, what else can it be?" 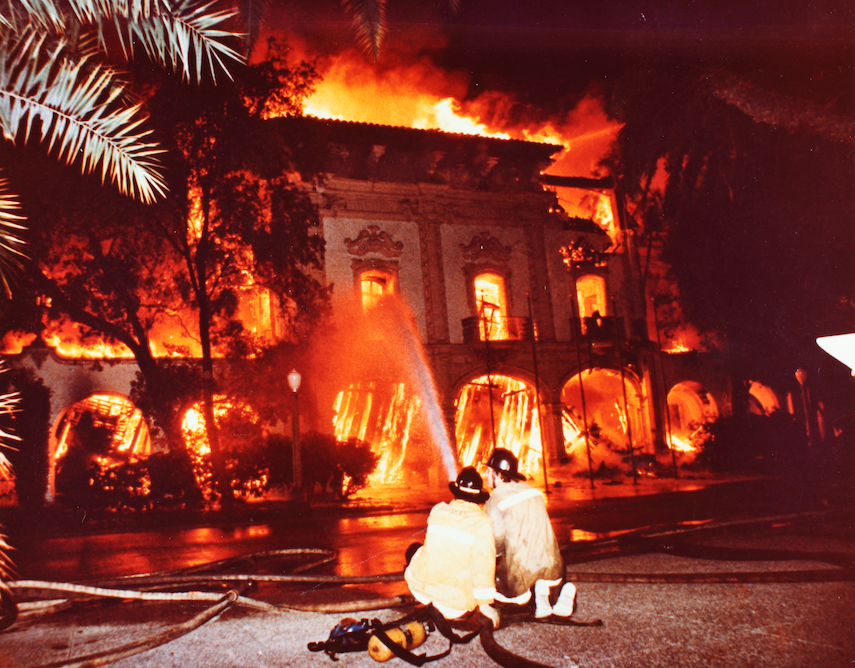 From Out Of The Ashes, The Phoenix Shall Rise: The San Diego Aerospace Museum Fire

The Genesis of the Museum

The Fire: A Tragic Night

The Phoenix Shall Rise

A New Home: The Ford Building

A New Day, A New Beginning