Inside the Museum, near the back door to the café, is a glass case with about a dozen aviation-related trophies. Most of them represent some of the most important air races flown: the Harmon Trophy, the Gordon Bennet International Race Trophy, and the Bendix Trophy. This small display is just the tip of the iceberg when it comes to the number of trophies that the Museum has in its collection. Three of these are the Bendix Trophies that belonged to aviation super-precision pilot, Paul Mantz. 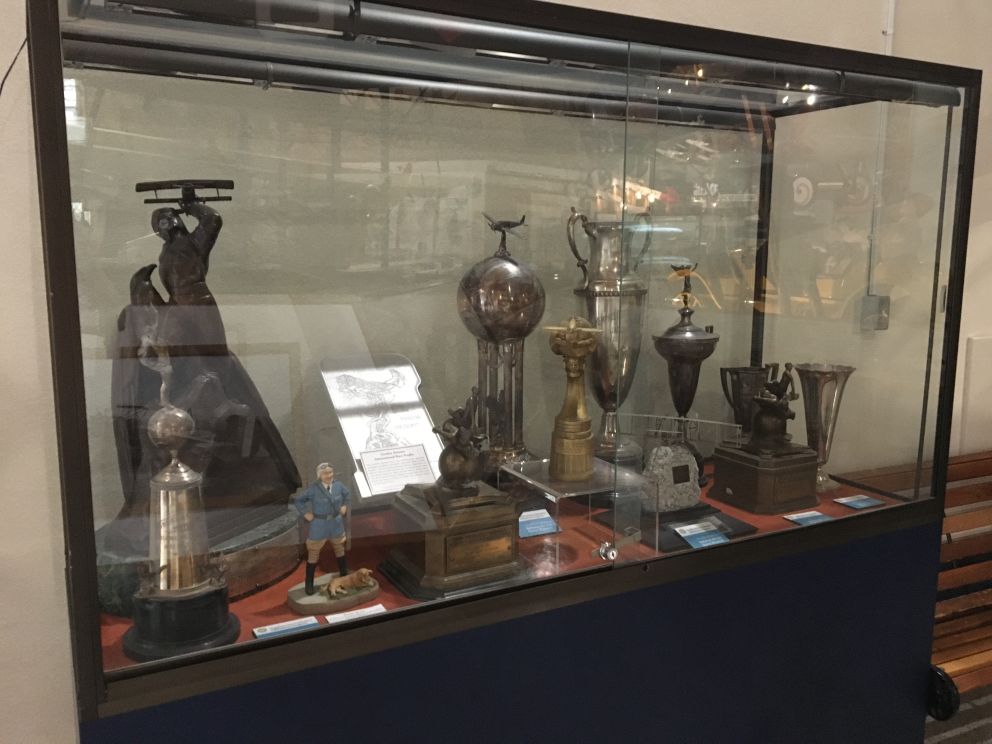 The Bendix Trophy race was a “free-for-all transcontinental speed dash,” established in 1931 as part of the National Air Races, and meant to encourage experimental work in connection with increased speed in the field of aviation. Bendix competitors flew from Burbank, California, to Cleveland, Ohio, except for two years when the contest began in New York and ended in Los Angeles. The last Bendix Trophy race was held in 1962, but the advancements achieved from the competition had a direct impact on the future of commercial aviation. 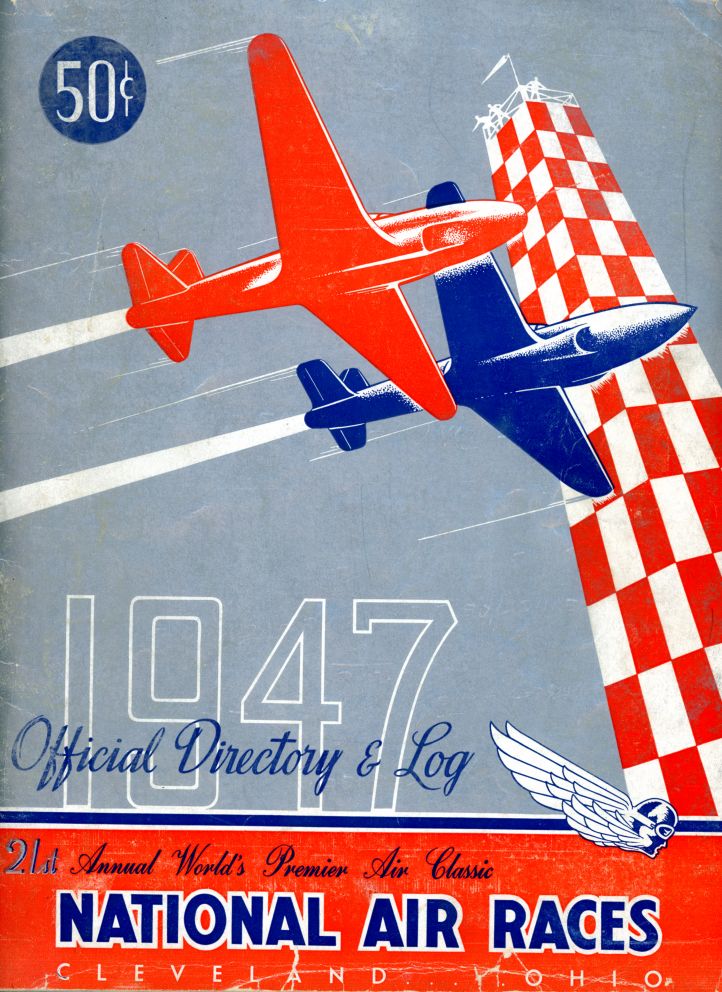 The actual Vincent Bendix Trophy was sculpted and cast in bronze by Walter A. Sinz. It stands about three-feet tall, weighs nearly 100 pounds, and was donated to the National Air & Space Museum in Washington, D.C. by the Cliff W. Henderson Family Trust. The names of the winners are engraved onto individual plaques attached to the base of the trophy; winners received a smaller replica of the trophy. Famous winners of the trophy include Jimmy Doolittle, who won the first race in 1931; Roscoe Turner (1933); Douglas Davis (1935); Louise Thaden and her copilot Blanche Noyes (1936); and Jackie Cochran (1938). Paul Mantz was the only pilot to win the Bendix Trophy in three consecutive years, from 1946 through 1948. 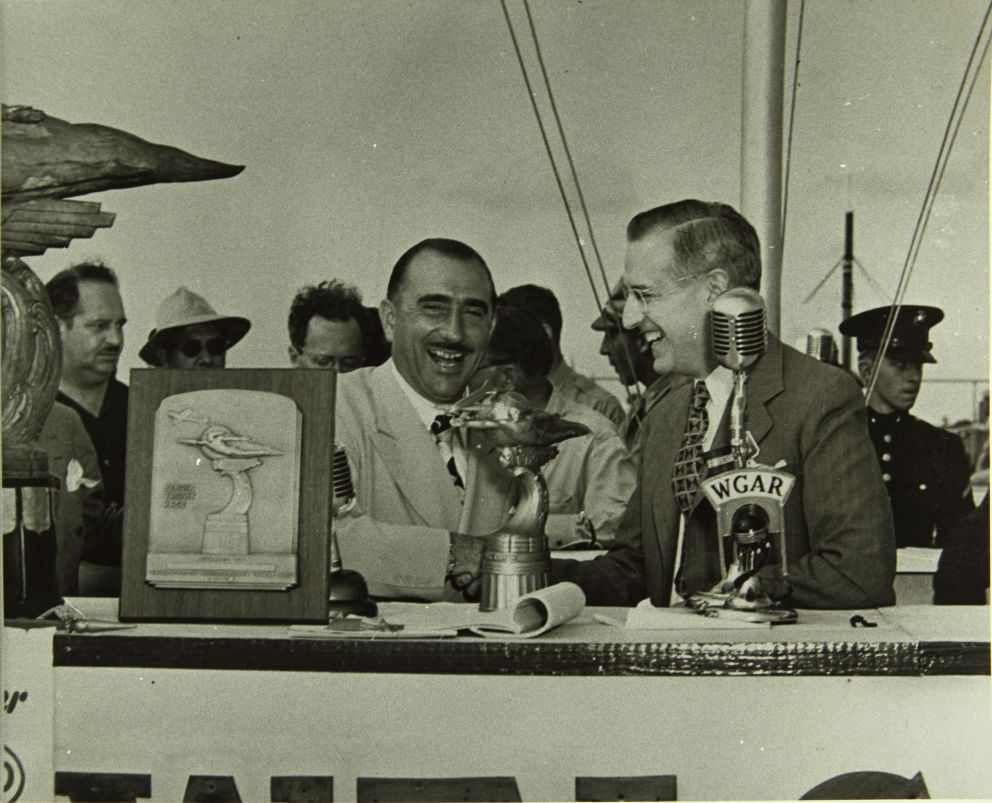 The Paul Mantz Bendix Trophies held within the Museum’s collection are his 1938 and 1939 3rd place bronze trophies, both won flying his Lockheed Orion, and his 1947 1st place gold trophy. Mantz clocked his red P-51B Mustang at 460.42 miles per hour in the 1947 race, flying from Los Angeles to Cleveland in 4 hours, 26 minutes and 57.4 seconds. 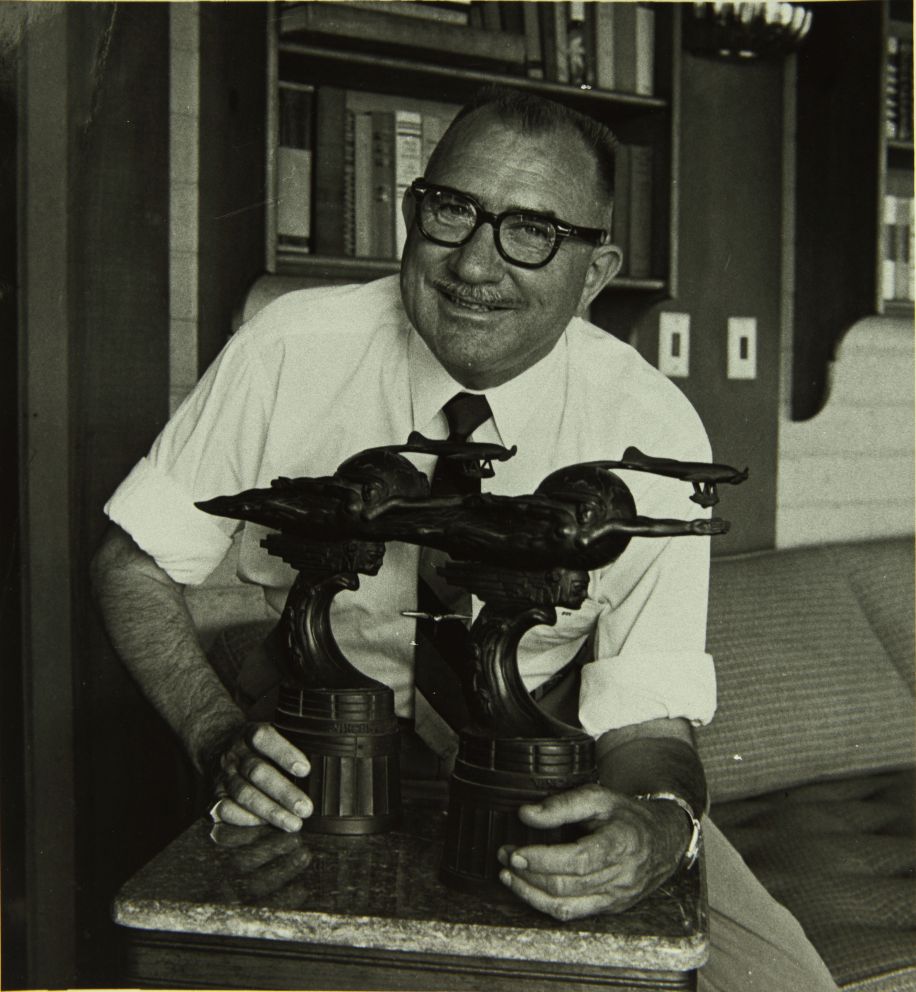