He was born on October 7, 1892 in Catonsville, MD. He was educated at St. George’s school in Newport, RI.  Appointed to the Naval Academy in Annapolis, MD, he qualified as a pilot at just 19 years of age.  His earliest license was signed by Orville Wright.  He served in the Navy from 1916 to 1920 and again from 1940 to 1945. He was also a United States Naval seaplane pilot.  He instructed the famed Charles Lindbergh in seaplane operations. He was the test pilot for Sikorsky’s giant amphibian which weighed about 9,000 pounds.  He set an unofficial altitude record with passenger load when he flew to a height of 18,500 feet with nine people on board.  He was also the test pilot for the self-landing plane, which was a success in his demonstrations to the public.

Commander White was a linguist and served as a Naval Air Attache in Berlin in the 1940’s. He last served the military as Commander of Ream Field in San Diego, California. He was the translator for Dr. Wernher von Braun for the books “The Mars Project” and “Life on Mars” and wrote fluently in German to Dr. von Braun in many of his letters.  His inventions included devices for improvement of spark plugs and propellers. 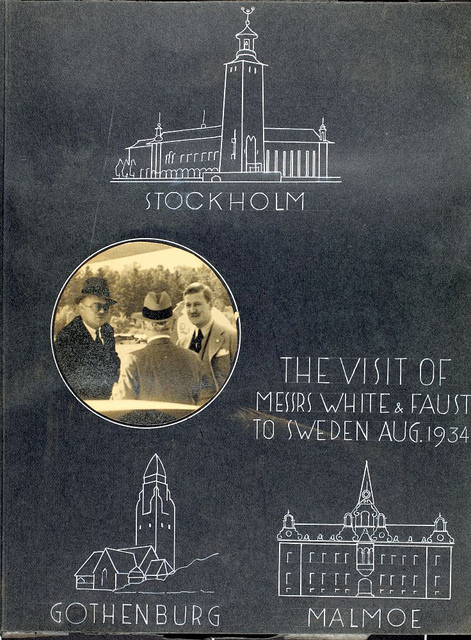 Commander White was a salesman and flight instructor for Lockheed, Mack Truck and Socony Vacuum and as a test pilot and sales manager for the Sikorsky Company. He retired in 1945.

One box, 13” x 15.5 x 5”, of Commander Henry J. White includes the personal and business letters written in both English and German. Also included are certificates and civilian identification such as a driver’s license, pilot’s licenses, mechanics licenses and National Aeronautical Association badges as well as various manuscripts and a scrapbook. There are also newspaper clippings and maps in written in German, English, and Spanish.