This collection details the technical life of President John F. Kennedy's campaign aircraft, the Caroline, which was the first private aircraft used exclusively for campaigning by an American presidential candidate. During the 1960 campaign, the aircraft flew 225,000 miles with a small crew, frequently carrying the candidate, family members, staff and reporters. Kennedy was known for walking the aisle, giving reporters a chance for one-on-one interviews.

In 1959 Joseph Kennedy purchased at Convair 240 from American Airlines, a move that would change American presidential campaigning forever. The senior Kennedy formed a separate corporation to manage the aircraft, Kenaire. The 1948 aircraft was retrofitted to meet physical and privacy needs of the candidate and his family. 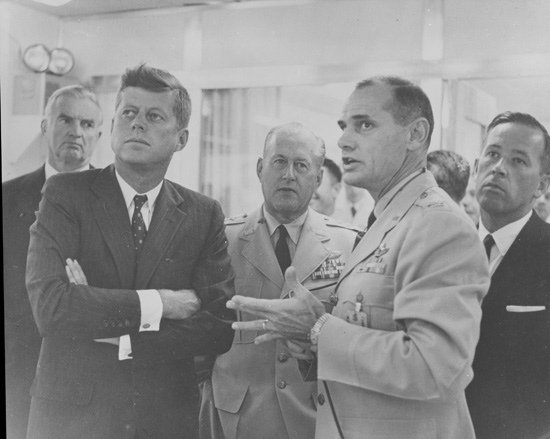 For more about this collection, see our Descriptive Finding Guide.