Commercial enterprises in early aviation began to develop after World War I when veteran aviators left the military and saw a future in air travel. Burdett Fuller was a naval reserve flyer who started a flying school and passenger service that grew into an active operation known as Burdett Airport and Burdett Airline located off Western Avenue at 94th Street in Southwestern Los Angeles. Fuller began his airline in 1919 with war surplus Jennys and opened his Burdett Airport in 1922. Primarily a flight instruction operation, he taught Jack Frye, his partner, Bobbie Trout, Paul Richter, and Jack Maxness how to fly. His flight logbook indicates about 40% of his flying time was instruction with charter passenger, sightseeing, aerial photography, and therapy for hearing disabilities filling most of the entries from 1928 to 1935. 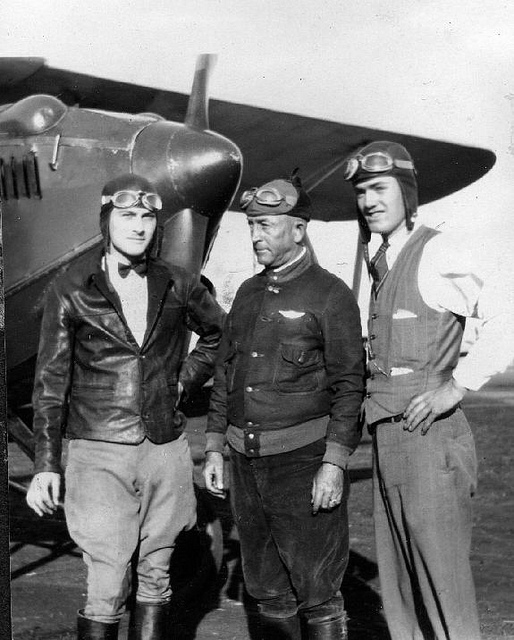 Recognized as a pioneer commercial pilot, licensed as Transport Pilot #538, Fuller logged 10,031 hours, 38,225 flights, and 18,259 passengers during his commercial pilot career. He never lost a passenger or student. Fuller sold his interest in Burdett Airline and Airport to Jack Frye in 1927 and later worked for Douglas Aircraft as a test pilot. His student and partner, Jack Frye, developed Burdett Airline into mergers with Aero Corp. and Standard Airlines, later flying under Western Air Express (an early U.S. mail carrier) and finally into Trans World Airline (TWA) where he was president through the 1940s. Another historic aviation venture involving Fuller and Frye was known as the "13 Black Cats" a stunt team working for the pioneer movie industry in the early 1920s. Jack Frye was one of the pilots. They were based at Burdett Airport, reportedly the first private airport in Western United States.

The images from this Collection have been digitized and placed on Flickr.