Mourning the loss of Gene Cernan 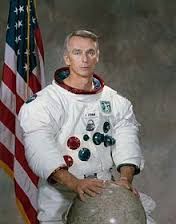 Gene Cernan, one of just 12 Americans, and the last person to ever stand on the Moon, passed away today. He was 82.

During 20 years as a Naval Aviator, including 13 years with the National Aeronautics and Space Administration (NASA), Captain Cernan left his mark with three historic missions in space as the Pilot of Gemini 9, the Lunar Module Pilot of Apollo 10, and the Commander of Apollo 17. As well as flying to the Moon not once, but twice, he also held the distinction of being the second American to walk in space and the last person to have left his footprints on the lunar surface.

“Gene Cernan was a true American hero who served his country with great distinction as a highly decorated Naval Aviator and astronaut, including one of only a dozen people to walk on the Moon,” said Jim Kidrick, President and CEO of the San Diego Air & Space Museum. “As a member of the International Air & Space Hall of Fame, a Naval Aviator who trained right here in San Diego, and as a regular visitor to our Museum, Gene will always hold a special place at the San Diego Air & Space Museum.”

“As the last person to stand on the surface of the Moon, Gene Cernan spent the rest of his life conveying his vivid experiences in ways that brought a tear to the eye of most audience members,” explained Francis French, Education Director at the San Diego Air & Space Museum and space historian. “He felt a responsibility not only to share his memories, but also to inspire young people to become explorers. He dearly hoped that he would live to see someone else take his unwanted title of the last person to stand on the moon: It is very saddening that he did not live to see this happen.” 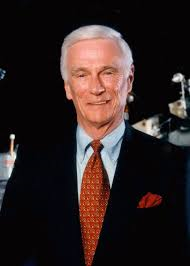 Cernan received a Bachelor of Science degree in Electrical Engineering from Purdue University in 1956. After graduation, he entered Navy flight training and earned his ‘wings of gold,’ serving as a fighter pilot in attack squadrons 26 and 112 at Miramar Air Station in San Diego, California. He later received a Master of Science degree in Aeronautical Engineering from the United States Naval Post Graduate School in Monterey, California, in 1963.

Cernan flew in space three times, and did important work to set the stage for Neil Armstrong and Buzz Aldrin’s Apollo 11 Moon landing. Through his extraordinary piloting and flight test of the Apollo 10 lunar module around the Moon, Cernan confirmed the performance, stability and reliability of the module configuration and its separation and descent capabilities, flying it to within nine miles of the lunar surface. His preparation for the first lunar landing clearly demonstrated that pilots could navigate safely and accurately in the Moon’s gravitational fields.

Cernan also was awarded NASA’s first Ambassador of Exploration Award, the Federal Aviation Administration’s prestigious Wright Brothers Master Pilot Award, and the 2007 Lindbergh Spirit Award, which is only presented every five years. In December 2007, the National Aeronautic Association presented Cernan with one of the most prestigious aviation trophies in the world, the Wright Brothers Memorial Trophy, in Washington, D.C. 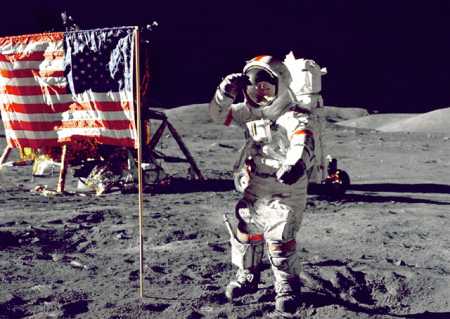 Cernan authored the book “THE LAST MAN ON THE MOON,” and also is the subject of a film documentary with the same title.