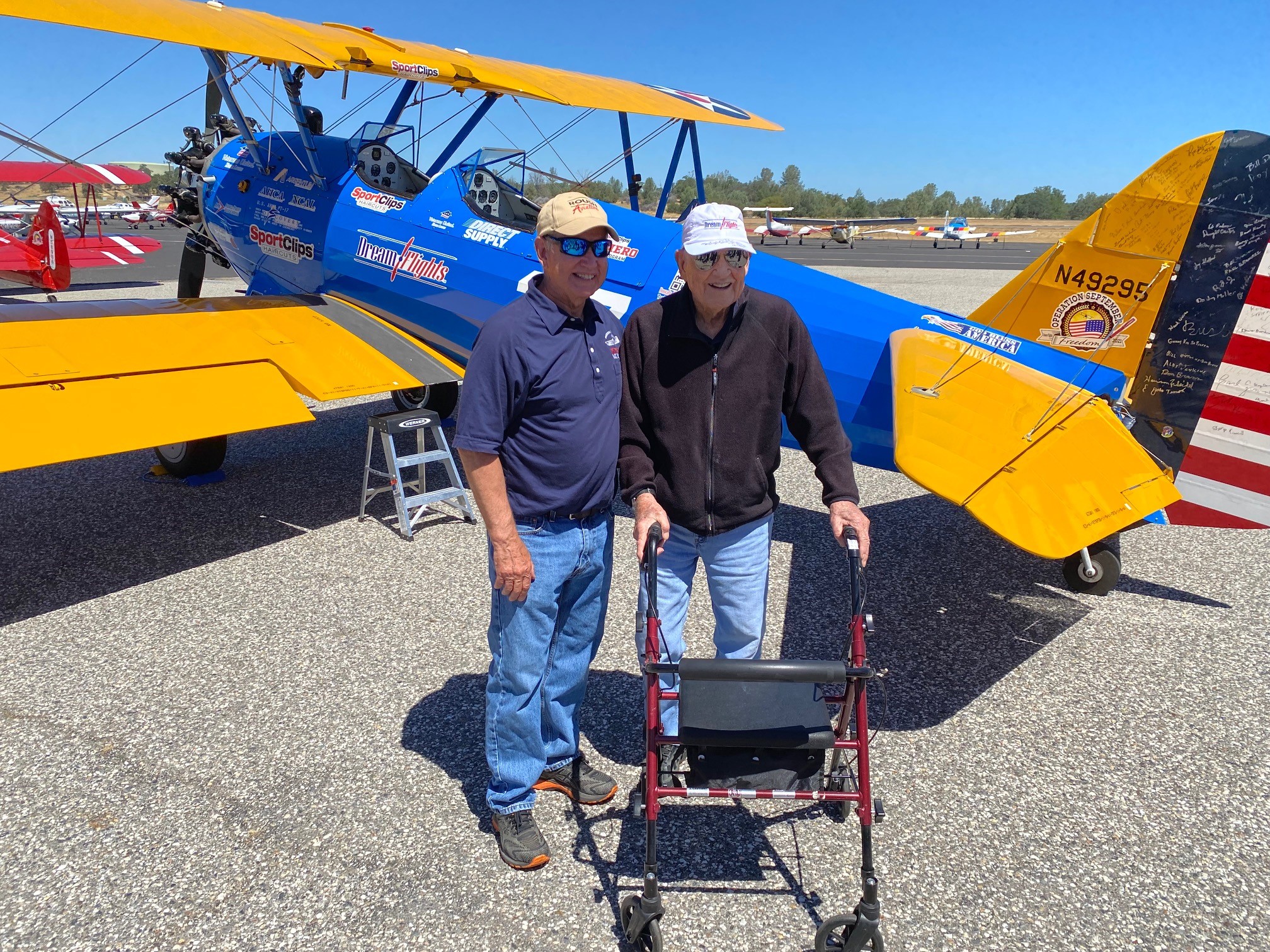 Imagine going to high school in rural Northern California with someone during the depression, becoming a fighter Ace during World War II, then meeting as dear old friends for a flight from your local municipal airport in one of the planes you learned how to fly in years later when you are both more than 100 years old.

The stuff of dreams, right?

Two famous members of the prestigious International Air & Space Hall of Fame at the San Diego Air & Space Museum – Clarence “Bud” Anderson (100) and Dean “Diz” Laird (101) – did just that when they took to two the skies again in a historic Stearman biplane over their hometown of Auburn, California in June 2022. 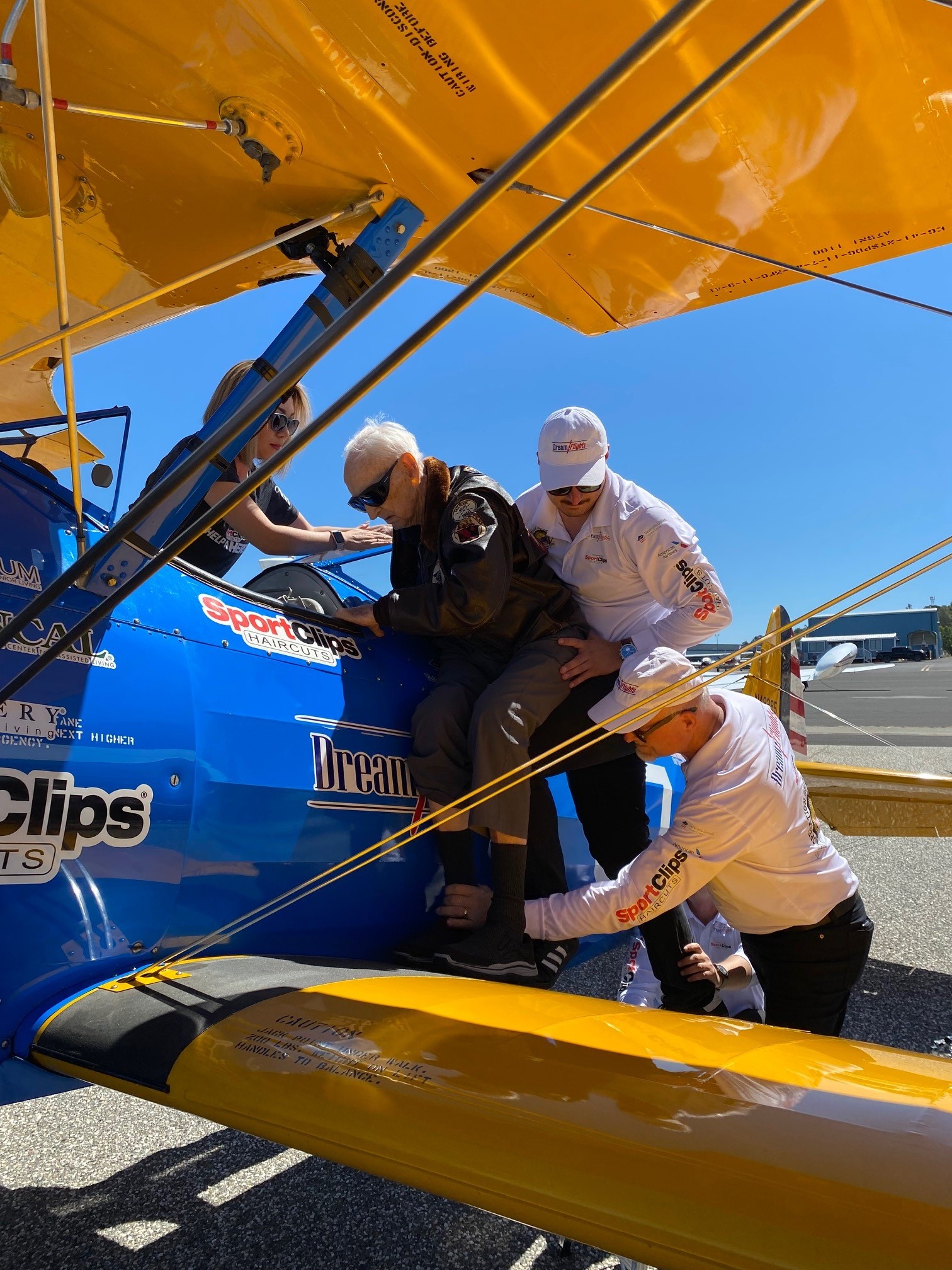 Diz Laird (101) mounts up for his historic flight.

Laird is the only fighter pilot to shoot down enemy planes in both the European and Pacific Theaters during World War II, earning the moniker of “Ace of Two Oceans.” Anderson is a triple ace, having flown his venerable “Old Crow” Mustang in the effort to free Europe from Nazi occupation. Their mutual lifelong love of aviation still unites them today despite living miles away (Bud in Auburn northeast of Sacramento, Diz in Walnut Creek near California’s east San Francisco Bay.) 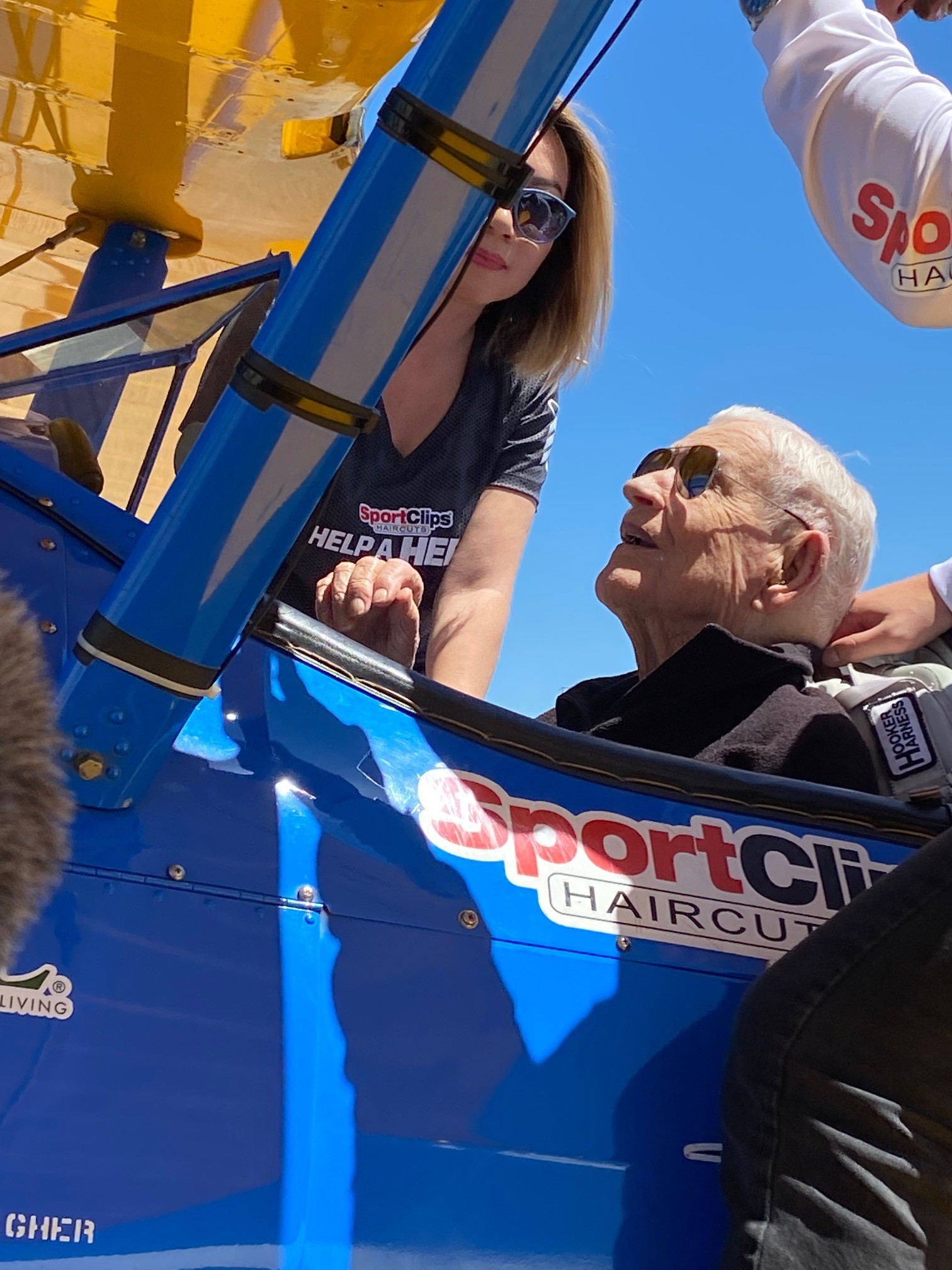 Bud Anderson in the cockpit of the Stearman biplane.

During their memorable flights, both men soared above the skies of their hometown for 35 to 40 minutes on a picture perfect Northern California day, reliving memories nearly 80 years in the making as their families, friends and loved ones cheered. Neither man was at the controls of their plane (though Anderson did briefly pilot his Stearman.) The pilot from Dream Flights, which supplied the biplane, alternately guided them into the sky as they sat in the front of two cockpits, with the wind swirling through their open cockpit.

“It’s wonderful this happened. They’re true American heroes,” said Jim Kidrick, President & CEO of the San Diego Air and Space Museum, and a former Naval aviator who has gotten to know the two aces well over the years. “They’re shared a sort of swan song that was truly memorable, and more importantly, a lot of fun.” 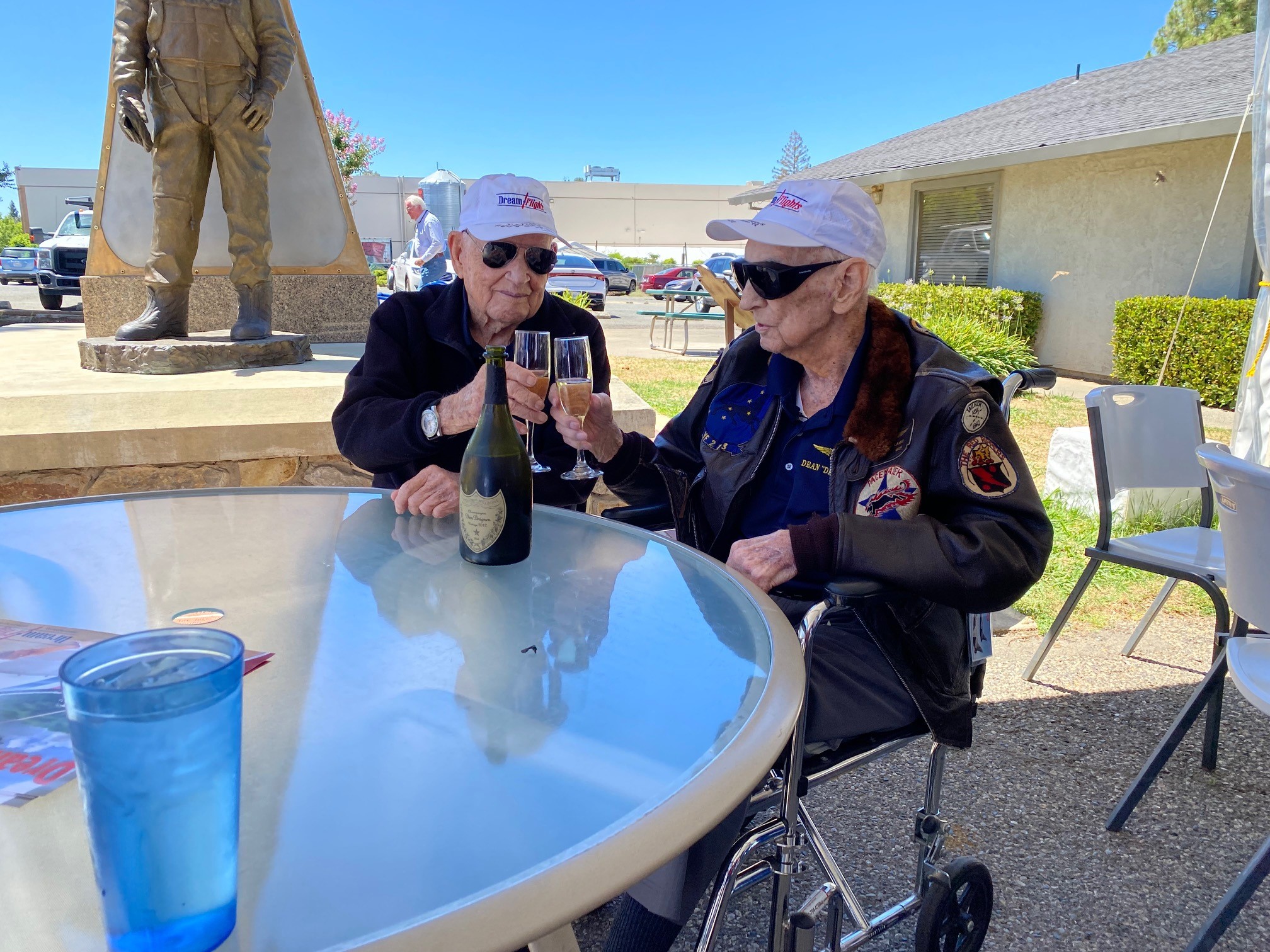