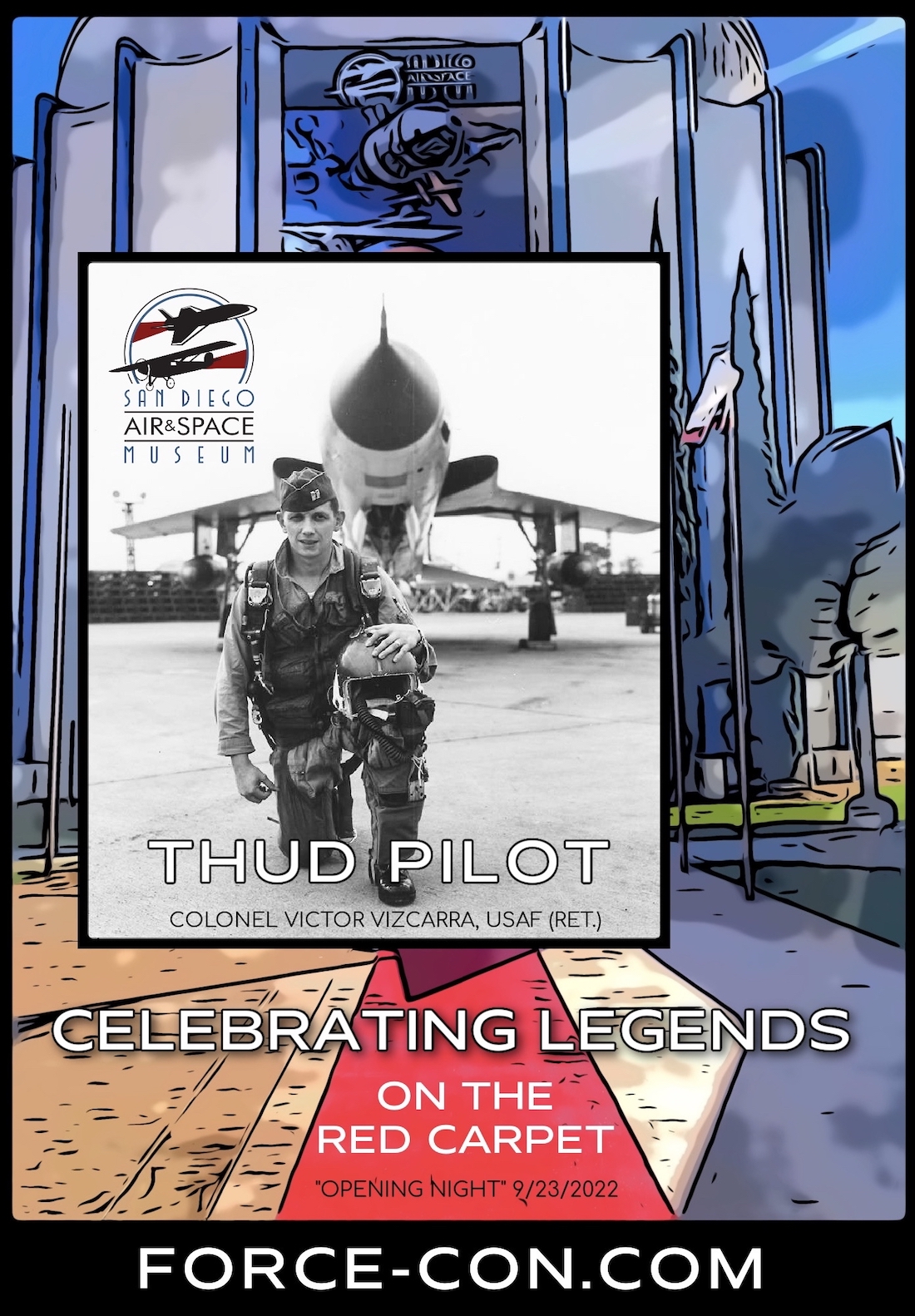 The San Diego Air & Space Museum is hosting Force-Con 2022’s “Opening Night” VIP Experience, celebrating Legends of aviation on the red carpet. Opening night takes place on Friday, September 23, and many of the last of the Gunfighters, the predecessors to “Top Gun,” will be attending, including Commander Glenn Tierney the last aviator to fly all the Grumman cats from the Wildcat to the Tomcat, the “Forgotten Hero,” CAPT E. Royce Williams who took on 7 MiGs during the Korean War and shot down four! Thud pilot Colonel Victor Vizcarra, Commander Willie Sharp, the shortest-held captive POW of the Vietnam War, WWII child POW Tom Crosby, WWII Paratrooper Tom Rice, and “Battle of the Bulge” Machine Gunner Vincent J. Speranza.

There will be a special film presentation of “Into Flight Once More,” produced by the Tunison Foundation, DC-3 Society, Benovia Winery and Sound Off Films. The documentary highlights the D-Day Squadron and their courageous 2019 mission to cross the Atlantic for the 75th Anniversary of D-Day in Normandy, France -- an amazing feat to celebrate the end of WWII. The film is narrated by Academy Award nominated actor and veteran advocate Gary Sinise. Introduction trailers will include the Legends of Carrier Aviation produced by the Tailhook Association and Speed & Angels Productions. Many of the aviation Legends will be in attendance to celebrate 100 years of carrier aviation. Flight costume/dress is encouraged. Extraordinary gowns depicting the evolution of flight will be showcased on the red-carpet.

You won’t want to miss this red-carpet experience and the opportunity to meet the living Legends of aviation at the world-famous San Diego Air & Space Museum!

To purchase tickets and for more information: www.Force-Con.com