Apollo 11 Artwork on Loan to Museum 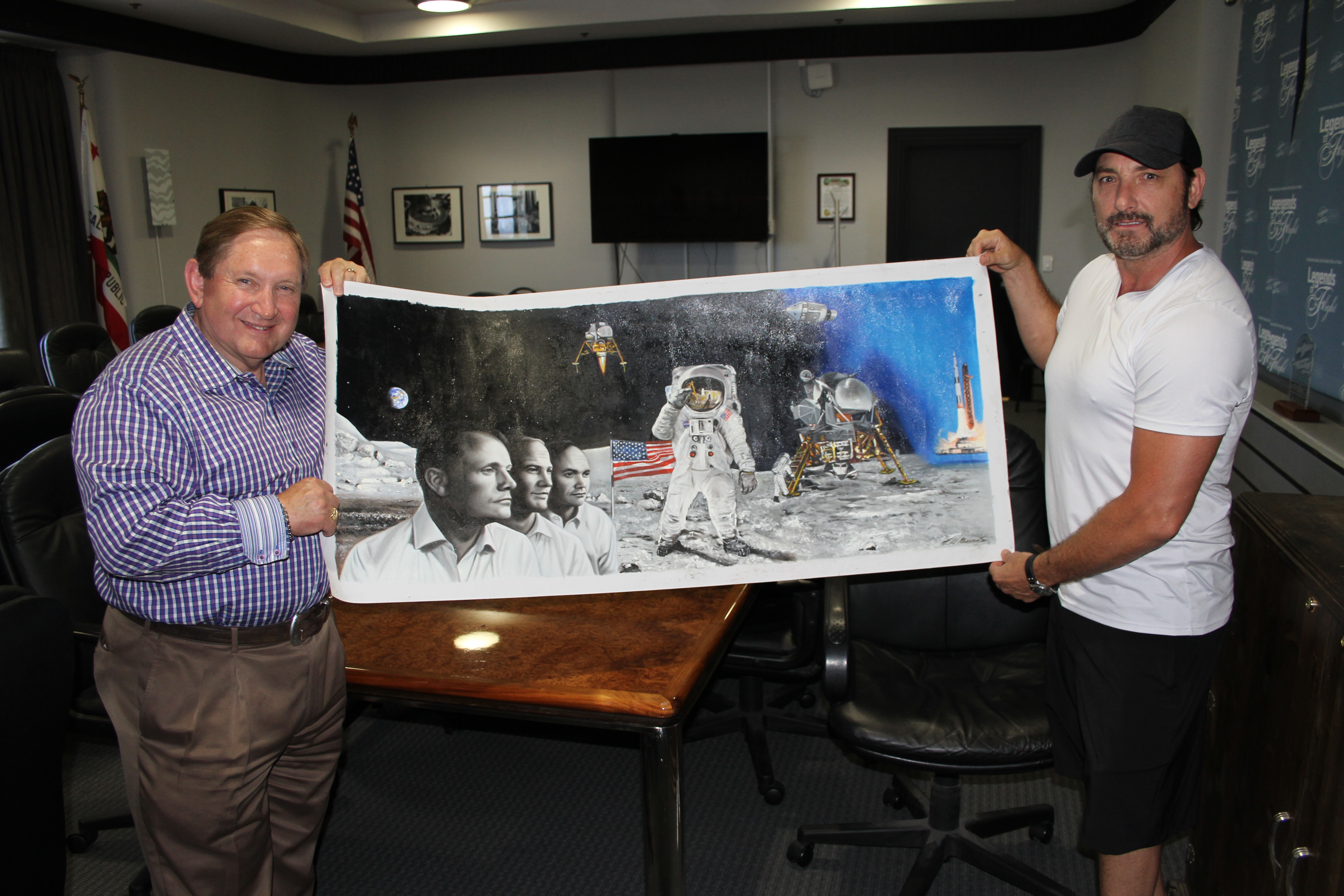 In the past, Krasovetz’s work has also been commissioned by Disney (ABC & Lifetime Army Wives), the US Army, Navy, USAF, Marine Corps, NYIT, Rady’s Children’s Hospital of San Diego, USAWOA, and many others.

His work proudly hangs at various Marine Corps, Air Force, Army, Navy Bases and Installations throughout the United States. His work can also be seen in several veteran hospitals. His most recent work titled “Apollo 11 50th Anniversary of NASA’s Lunar Landing” is the first original oil painting in a series titled “Launchpad to Legacy” Space Art.

The authenticity of the realism of the artwork is a key factor that has allowed Krasovetz to facilitate collections for individuals, as well as college and corporate clients around the world. His reputation as an artist is based on integrity and professionalism and the historical accuracy behind his artistic creations.