The San Diego Air & Space Museum’s exhibit, “American Women of Flight,” honors the contributions to the world of aviation by women. Notable aviatrixes, such as Bessie Coleman, Jacqueline Cochran, Fran Bera, Sally Ride, and many others are featured. Significant women of flight and the events of their day are cited, from the earliest to the latest, covering more than 100 years of colorful history. 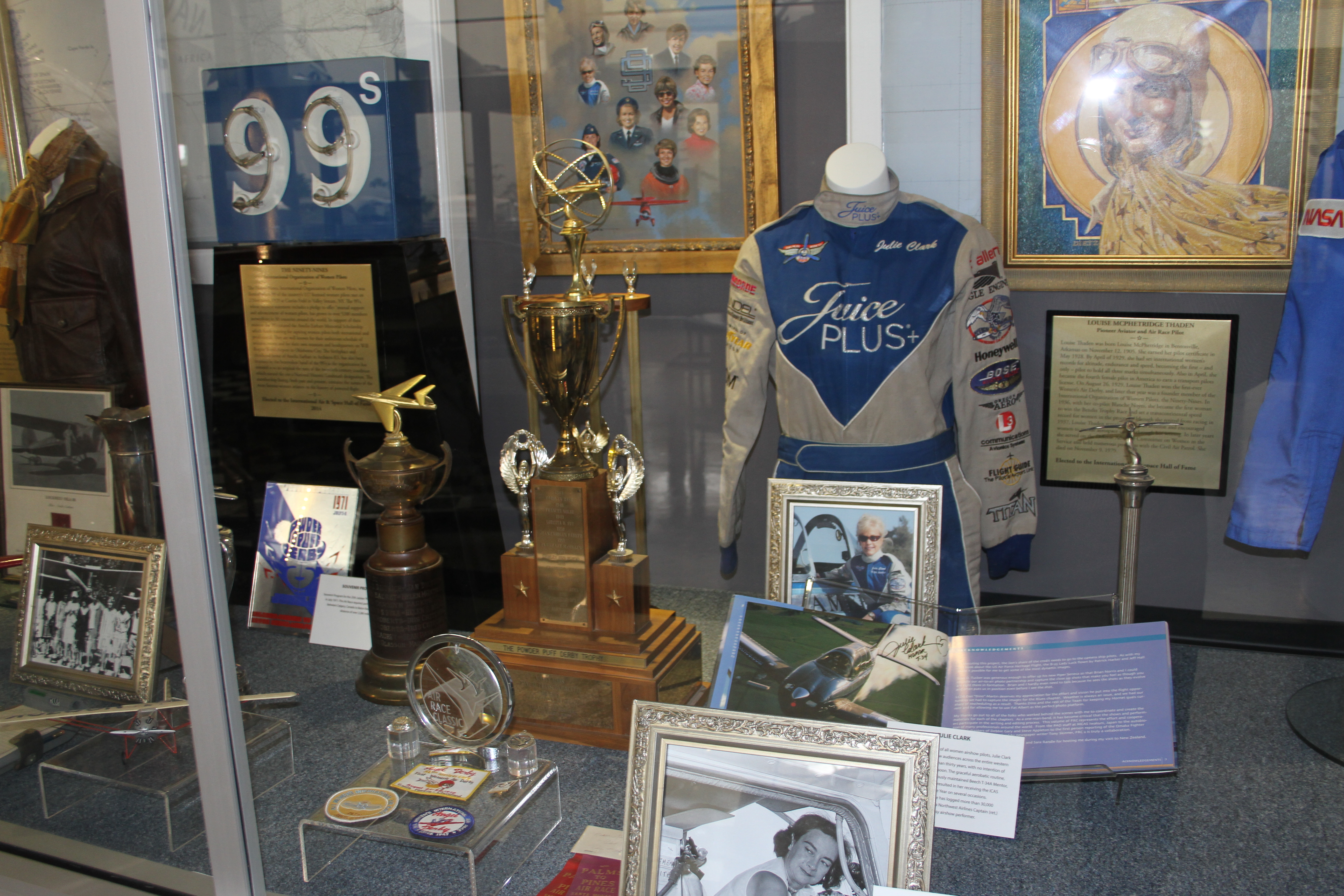 Additionally, the nearly 90- year-old organization of women pilots known as the 99s gets special treatment—not just for its who’s-who list of members, but also for the enormous good they have done promoting women of flight throughout the life of the association.

Inducted into the International Air & Space Hall of Fame in 2014, the Ninety-Nines organization was created in 1929. They were noted for their achievements in aviation, inspiration to women pilots, and dedication to education and preservation of women's aviation history. Although there are other female pilot organizations, virtually all notable women in America's aviation history have been members. Their existence dates to the Women’s Air Derby, also known as the “Powder Puff Derby,” held in conjunction with the Cleveland Air Races. Forty women qualified to take part, and 20, including Amelia Earhart, raced. 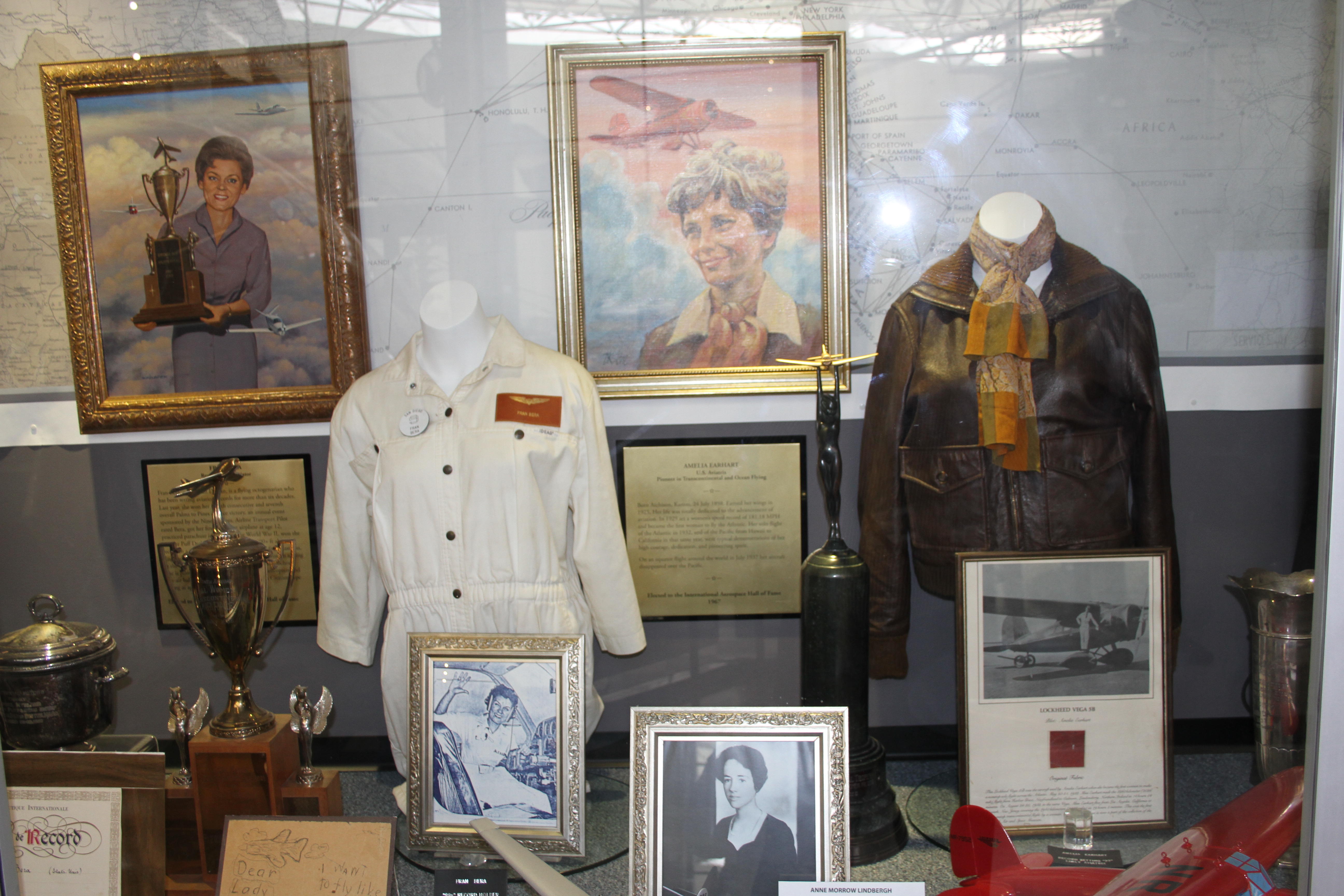 Eighty-six of the then 117 licensed American female pilots joined together to create the organization, quickly growing to 99 members, hence their name. Amelia Earhart was elected their first President. They were essential during the World War II effort, breaking into many aspects of the aviation world, serving as test pilots, mechanics, flight controllers and instructors. They transported aircraft for the Army Air Corps, and ferried fighters, bombers, transports, cargo, and utility aircraft to England. Jacqueline Cochran, wartime president of the Ninety-Nines, organized the first Women's Air Force Service Pilot (WASP) class.

By the 1960s, military services finally began giving women the opportunity to become pilots. By the early 1980s, the Air Force was accepting forty women annually for pilot training, with the Navy accepting about fifteen. And, in 1986, a first in American aviation history, an all-female flight crew was in the cockpit of a commercial jetliner. A decade later, on February 3, 1995, the first American woman pilot astronaut, Eileen Collins, flew on the Discovery. Today, the Ninety-Nines focus on education and charity. They sponsor educational programs for teachers and aviation related field trips for schools. 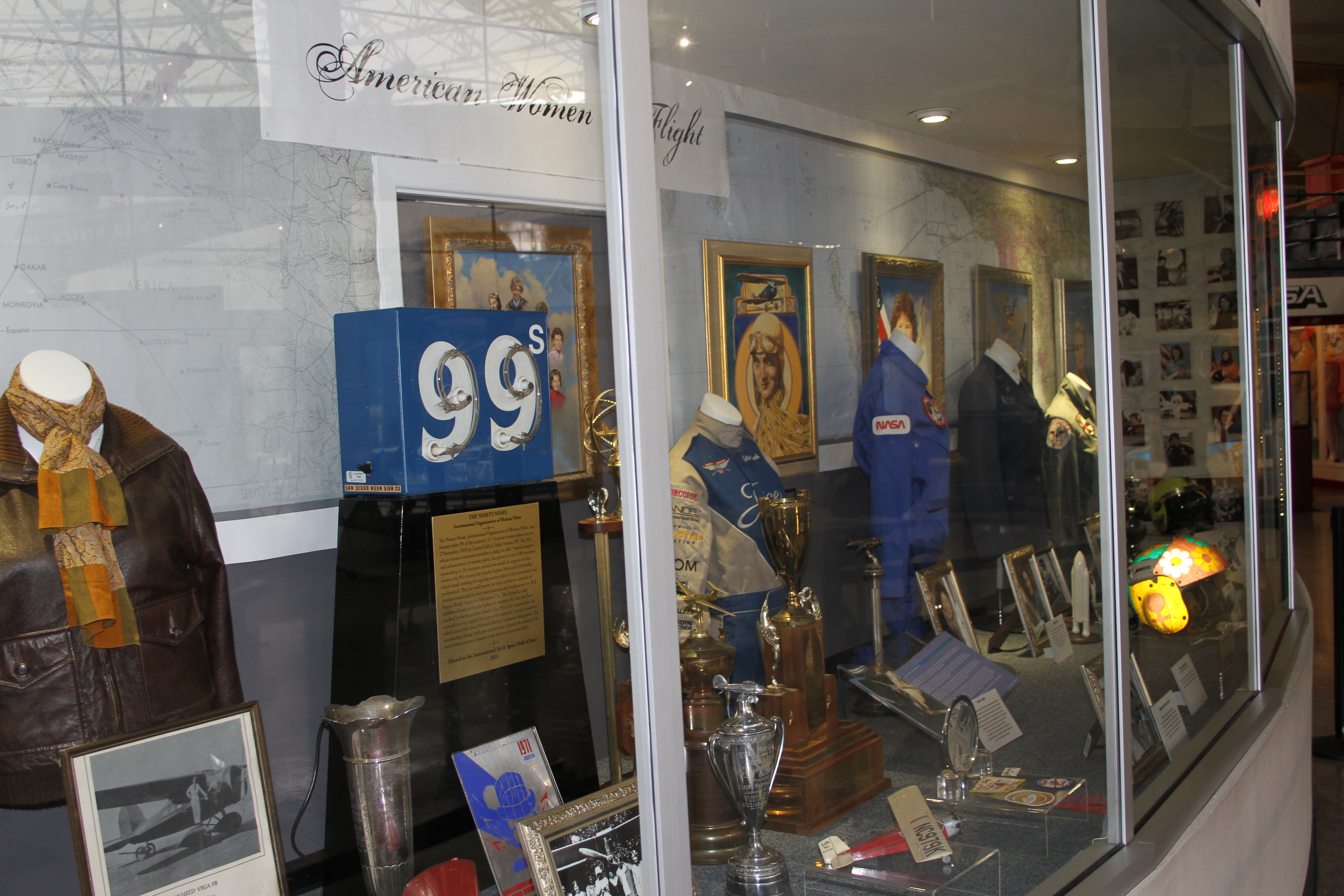 This American Women of Flight exhibit can be found in the Golden Age of Flight Gallery outside of the Zable 3D/4D Theater.