The roots of the Y.W.C.A. or (Young Women's Christian Association) can be traced back to a variety of smaller women’s groups founded in both England and the United States in the 1850s. While many of these groups called themselves Young Women’s Christian Associations, they all remained smaller independent organizations until 1871, when many of them combined into a “loose federation” which eventually became the International Board of Women’s and Young Women’s Christian Associations. By the 20th century, as a shift had begun taking place in both the organization and the needs of the women it served. While industrialization had been a founding concern of the association, it had generally sought to insulate women morally and socially from urban life. However, during the 1910 World YWCA conference in Berlin, the needs of working women from the United States were heard, and these objectives began to change. A resolution was passed requiring the association to study social and industrial problems, and to educate working women about the "social measures and legislation enacted in their behalf."Thus the social conscience of the YWCA was born in the form that it maintains today. 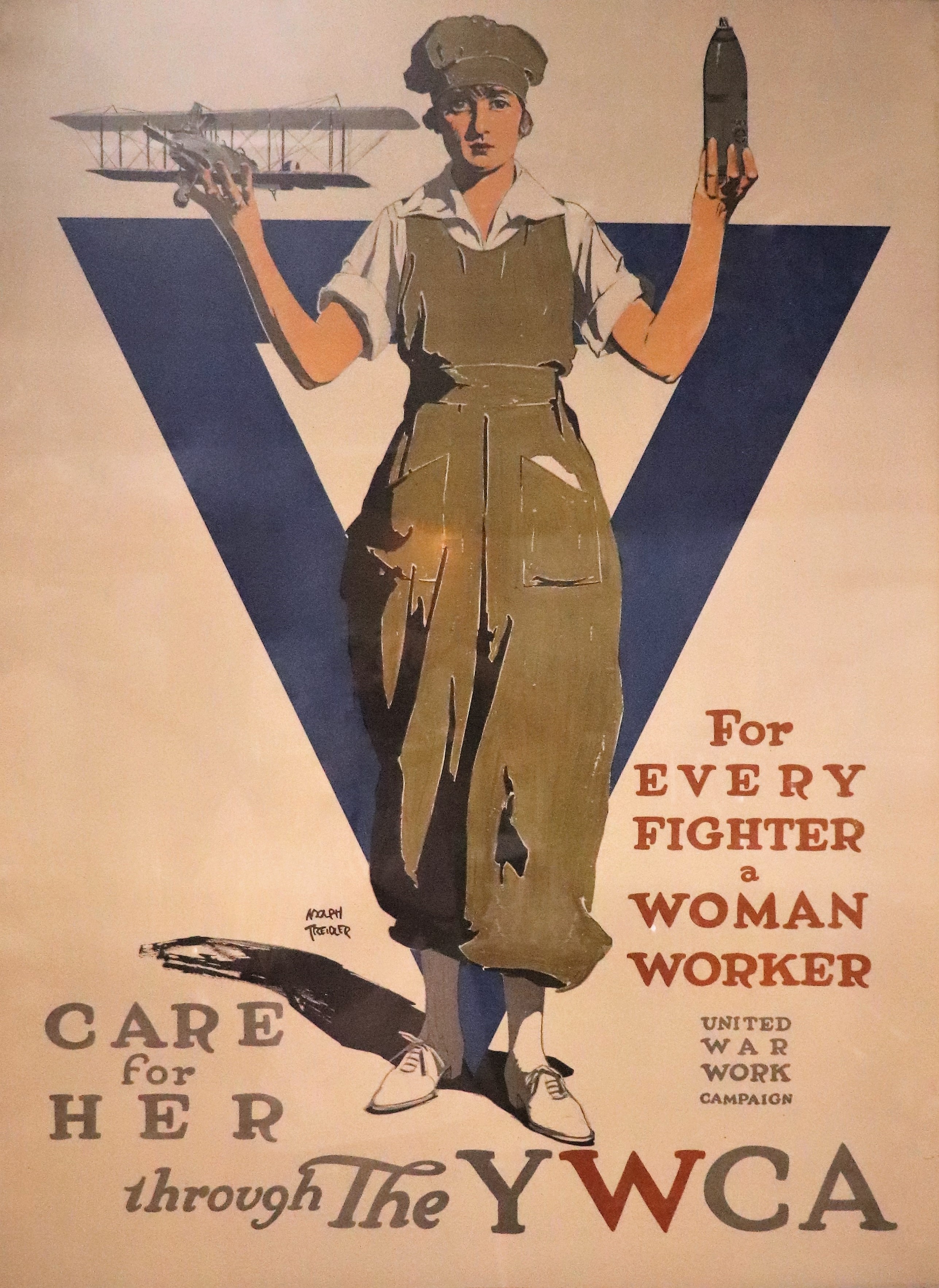 When the United States entered World War I in 1917, the YWCA was established both nationally and locally, with workers and representatives in every state. When the National Board went to Washington to meet with government officials, they were prepared to put all of the resources of their women and girls towards the war effort. This recruitment poster from 1918 was designed to draw women to the YWCA, as many jobs had opened up for women due to men being sent to war. The poster shows a woman standing tall while holding a miniature fighter and an artillery shell. The feminine stance and figure is saying that their femininity will not be compromised due to working in factories. The poster depicts the work that women are doing is for the good of the country and that they will be honored because of it. Many posters such as this were used to drum up support for the war effort, emphasizing national pride and the usefulness of women. Despite this, conditions in many factories were often dismal, with long hours and low pay.

Regardless, women were desperately needed in factories to help provide for the war effort. This was the YWCA’s largest contribution to the war effort, however they also operated Hostess Houses in military training camps, which acted as a “Home Away From Home,” designed to entertain wives and mothers who came to visit their husbands and sons. Overseas, they offered assistance to other countries and the women working in their factories, as well as to American service women, such as nurses, stenographers, telephone operators, and relief workers. 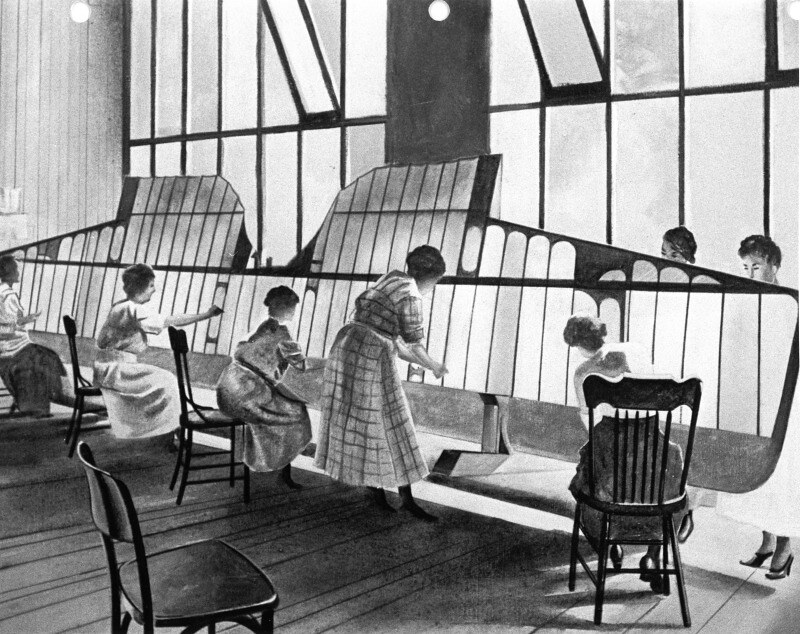 Due to its far-reaching and widespread work during wartime mobilization, the YWCA grew substantially over the course of the conflict, transforming into one of the largest and most influential women’s organizations in the country. The YWCA continues even today to maintain its social conscience, supporting women and girls in more than 120 countries.

More images of objects from our Curatorial Collection.