In the Museum’s World War II exhibit area, there is a Quonset hut reproduction that houses display cases of artifacts. Inside the hut above the main door, hangs a unique item known as a Sector Clock. 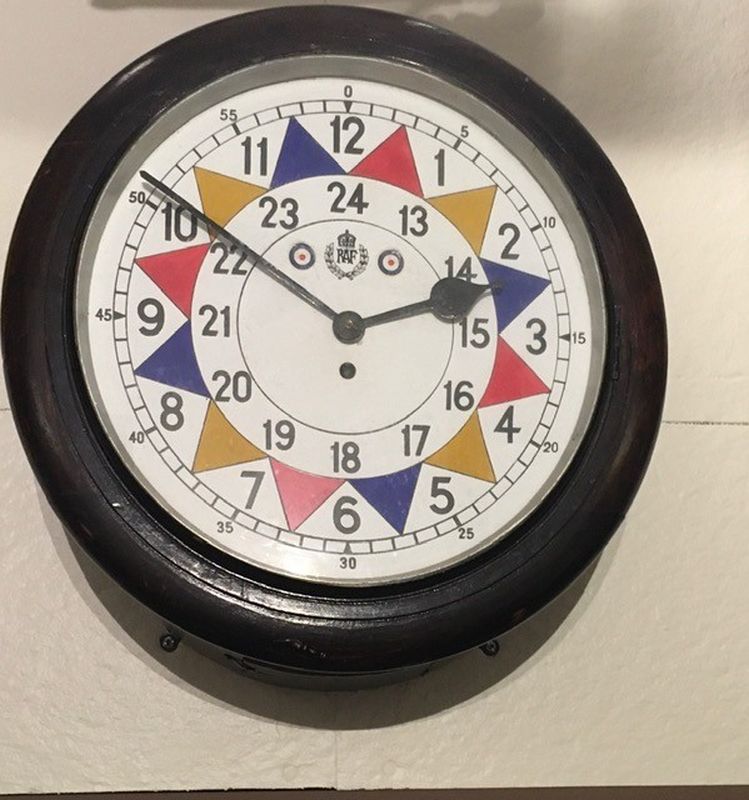 Originally known as "colour change clocks," Sector Clocks were first used during World War I by the Royal Flying Corps to plot movements of incoming German aircraft. During World War II, Sector Clocks played a significant role in the Battle of Britain, the Blitz, and the bombing of British cities that followed by allowing the British to hold control of the sky with fighters ready to intercept enemy aircraft within five minutes of initial contact. 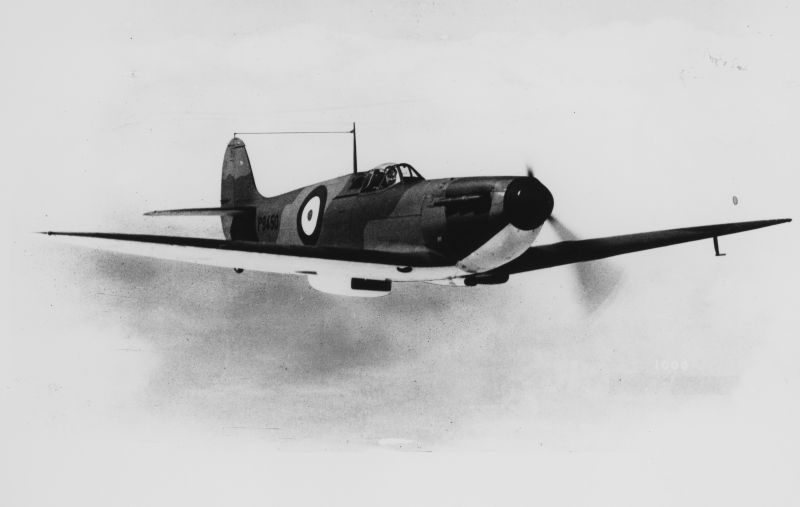 Supermarine Spitfire Mk Ia, P9450 in April 1940. This aircraft went to No.64 Squadron based at Kenley, was damaged during the Battle of Britain, and later converted to a Mark VA.

The dial of the Sector Clock is ringed with red, yellow, and blue triangles, each representing a five-minute segment. Two numerical rings - an outer 12-hour dial and an inner 24-hour dial, frame the triangles. 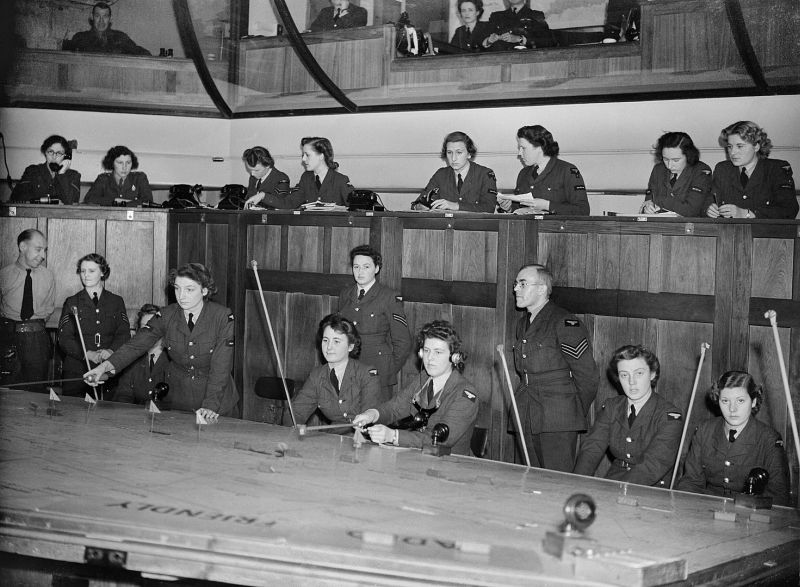 The Operations Room in the underground Battle of Britain bunker at RAF Uxbridge showing the map and plotters, 1942.

Aircraft positions were recorded with the color of the triangle beneath the minute hand at the time of sighting. This was reported to sector headquarters, where matched color-coded markers mounted on small blocks of wood or metal were used to represent each air raid and moved accordingly on a large table overlaid with a grid map of the United Kingdom. As the raiding aircraft moved, plotters pushed the markers across the map by use of magnetic "rakes." This system enabled "Fighter Controllers" to see very quickly where each formation was heading and allowed an estimate to be made of possible targets. The age of the information was made apparent by the color of the marker and because of the simplicity of the system, decisions could be made quickly and easily. 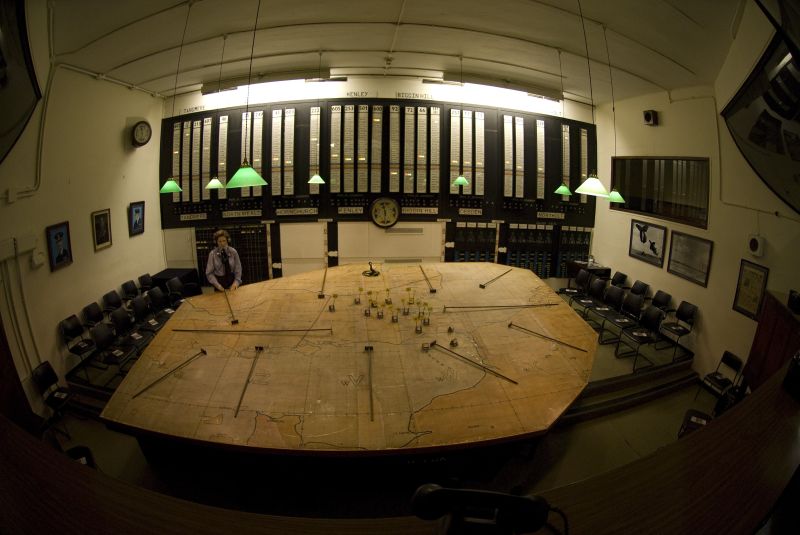 Restored plotting table inside the Battle of Britain Bunker at Uxbridge. Note the large Sector Clock on the wall in the center of the room.

Although the United States Army Air Force (USAAF) adopted the RAF Sector Clock with a colored block pattern rather than triangles, the clock on display in the Quonset hut is an original RAF Sector Clock.

Footage from the RAF Operations Room.