As the commercial aviation industry has evolved, so too have the uniforms of the people who make it work. The collection of stewardess or flight attendant uniforms has long been the highlight of many Museum aviation exhibits. We can look at one specifically here to analyze just a small snapshot in time for a single airline, Trans World Airlines, or TWA. The 1944 “cutout” uniform, though not the first, was one of the more integral and intriguing styles in the TWA uniform history. TWA first began hiring for the position of “Hostess” in 1935, seeing the term as one that inferred welcoming, as one would to a home. The first class in 1935 had 22 graduates out of the original 2,000 applicants. Additionally, each of the women was to be between 21 and 26 years of age, between 5' and 5'4" tall, be a registered nurse and was not to be married. TWA was also looking for each to possess "intelligence, tact and charm." 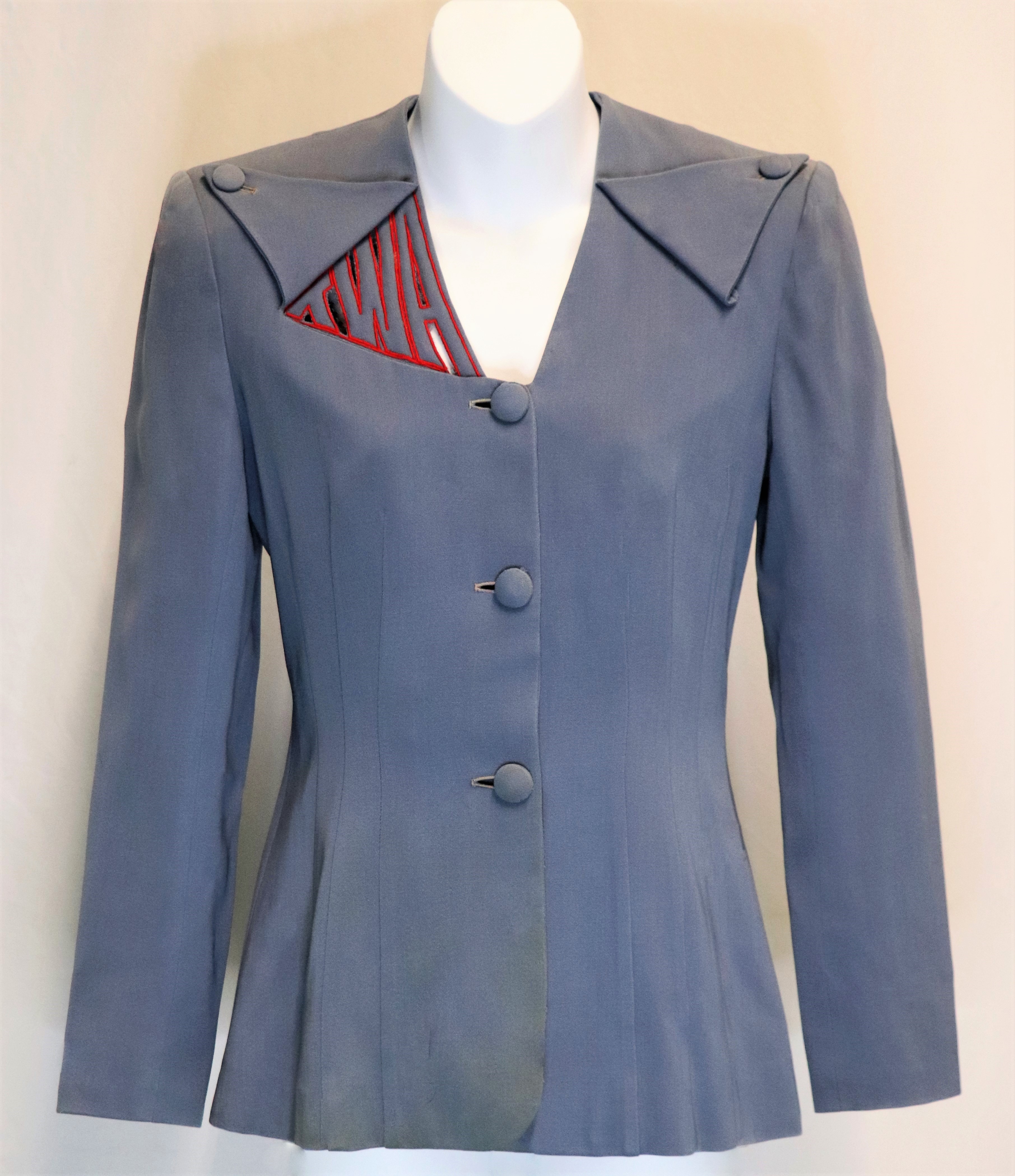 By 1944, TWA was growing and they were preparing to incorporate the first Lockheed Constellations into its fleet. Hostess training classes were now six weeks long, as longer flight paths on newer, more comfortable aircraft required more training. The introduction of the “cutout” uniform had several purposes, aside from the obvious. Designed by Howard Greer, its most notable feature was the stylized "TWA" in a cutout pattern by the right shoulder. More unique however, was the triangular flap buttoned above the cutout. When unbuttoned, it would cover the recognizable “TWA” letters, making the wearer unidentifiable as a hostess. This was particularly useful for an off-duty hostess, enabling her to participate in prohibited on-duty activities such as smoking or chewing gum. This unique uniform allowed a little bit of freedom to the hostess in what were otherwise fairly strict guidelines. The cutout uniform had an impressive 11-year run and was not retired until 1955.

By looking at this uniform, we can see just a small snapshot in time of a unique profession. In conjunction with the uniforms that followed, we can better understand the progression of culture and style of the mid-to-late twentieth century. 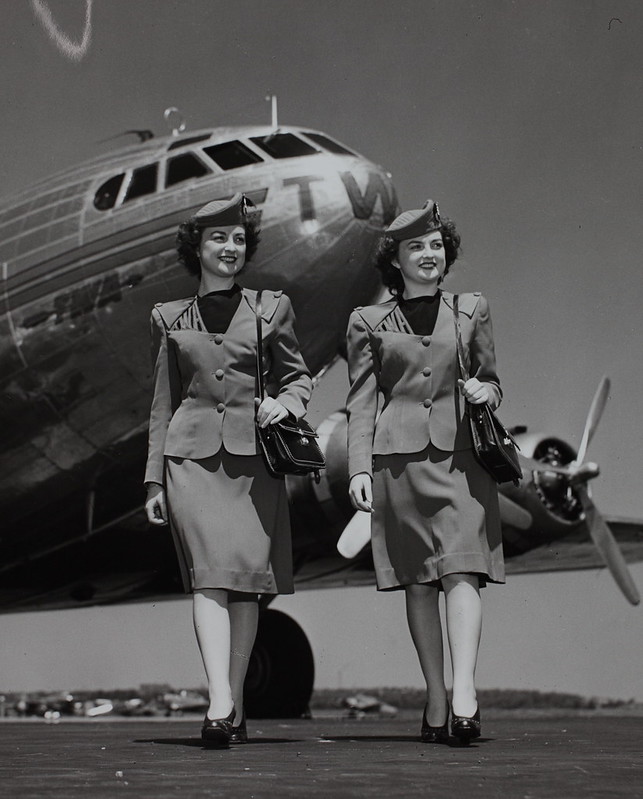 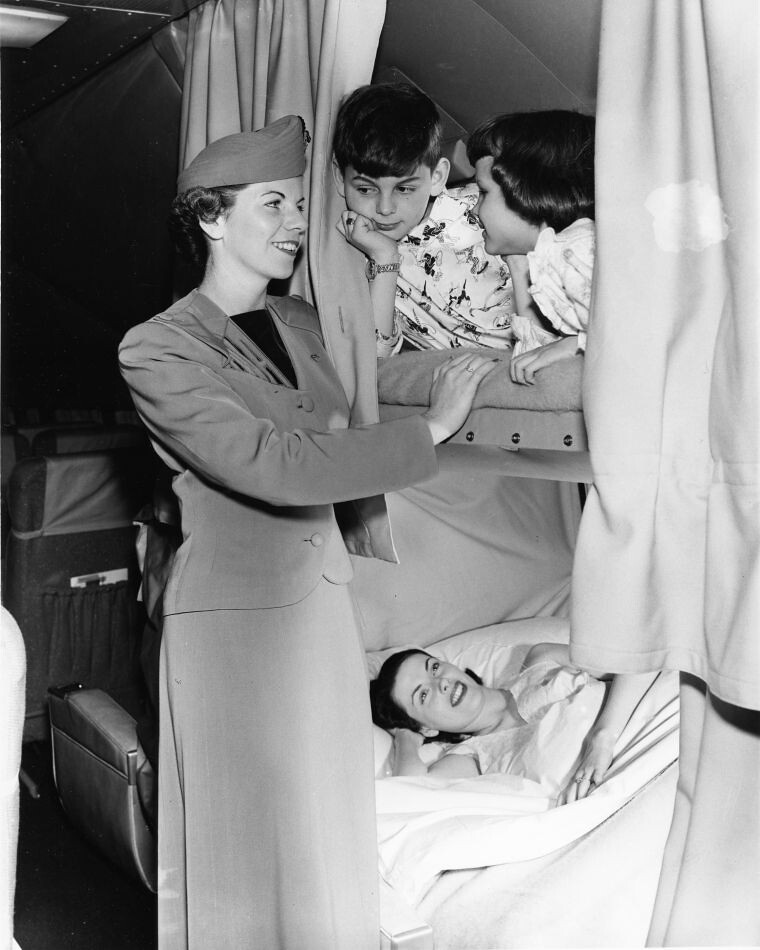 Link to images of objects from our Curatorial collection on Flickr.