At the top end of the list of ground-based aircraft trainers are the Full Flight Simulators; a combination of both the motions enhanced generic flight trainers and the non-motion, but aircraft specific, cockpit trainers.  The San Diego Air and Space Museum collection includes a Full Flight Simulator built specifically for an iconic airliner, the Boeing 727.  Introduced in 1964, over 1800 of the model were built and some are still in use today.  The 727 was a mainstay for several airliners around the world, including TWA, whose livery SDASM's simulator is painted with. 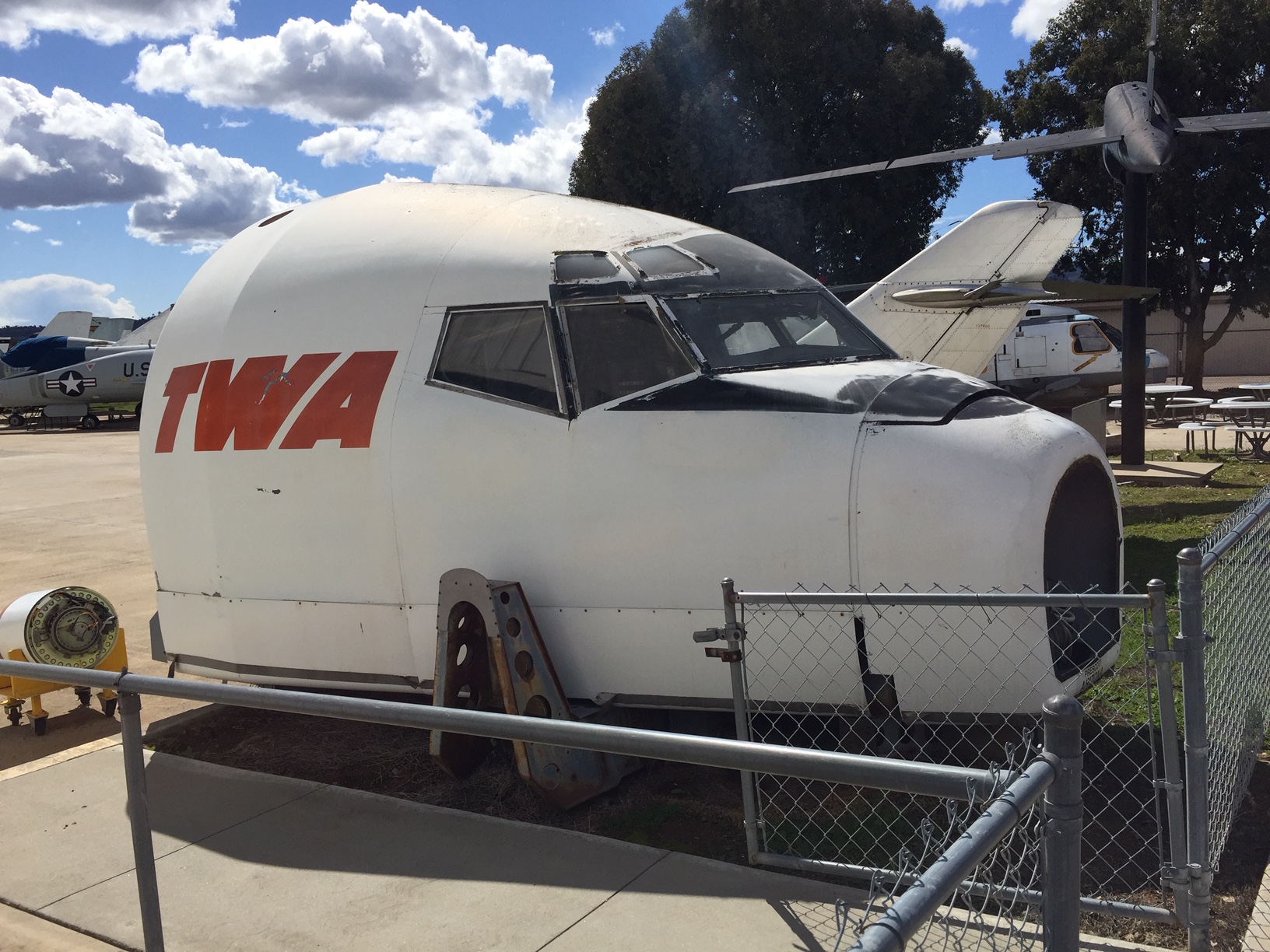 Full Flight Simulators have aircraft specific flight profiling motion, which allows them to perform in simulated flight as a real aircraft would in actual flight.  The feel of the motion from inside the simulator even ‘feels’ like actual flight.  Inside the cockpit, functioning instruments and all-systems instruments and switches function the same as an actual aircraft would.  The visual flight displays are within 1 to 2% as accurate as real-world images in daylight, night and instrument flying conditions. 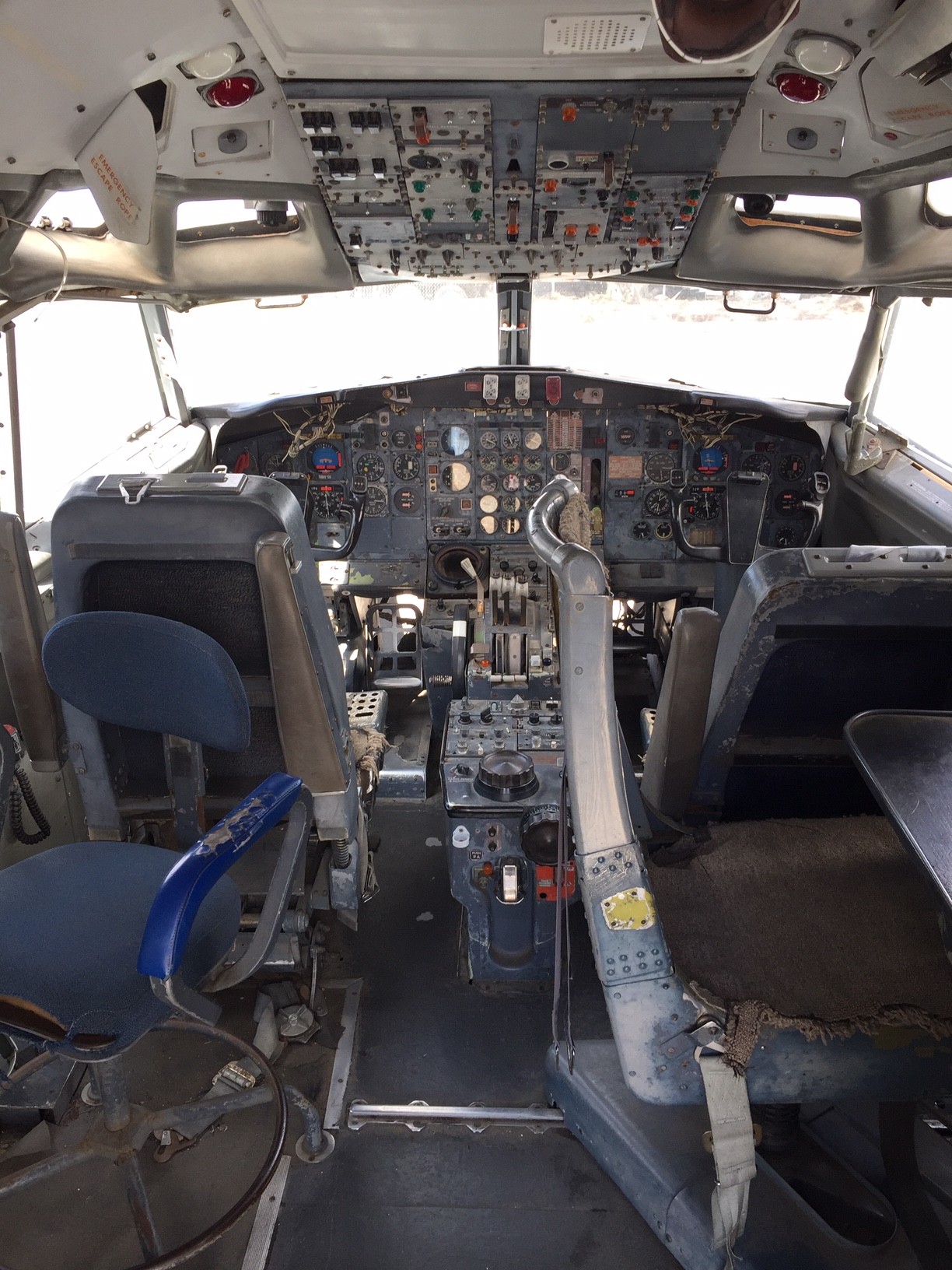 Cockpit view of B-727 Flight Simulator.  Pilot and Co-pilot positions in left and right forward seats and the Flight Engineer position on the right side.  Blue chair on left is for the Instructor or Checkairman.

While some simulator time may be credited as flight time (for training only), generally pilots are not allowed flight time logging; however, many of the higher levels of Full Flight Simulators are FAA certified for crediting most initial and recurrent testing and training events.  With few exceptions, all Part 121 airline pilots complete their six-month or annual proficiency checks in Full Flight Simulators. 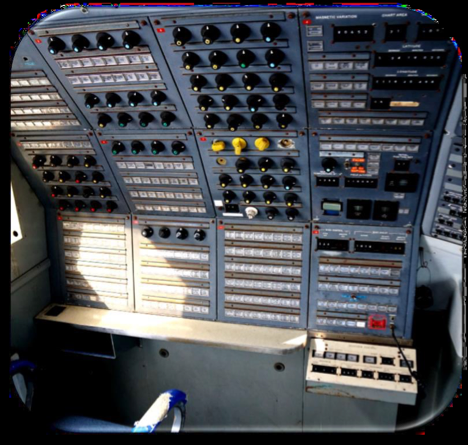 This is the simulator control panel (left rear of the simulator cockpit).  From here, the instructor or checkairman sits and controls the operation of the simulator. They can induce failures or malfunctions of all aircraft systems (engines, generators, hydraulic, lubrication, fuel, etc.) into the training/checking syllabus. This provides a “real world” simulation of aircraft operation.

Airlines, corporate flight departments and flight schools use flight simulators as a less expensive and more efficient method to train and test flight crews.  In 2018, Boeing 727 aircraft flight cost per aircraft was about $7700 per hour, whereas a B-727 Full Flight Simulator during the same period cost approximately $1200 per hour. 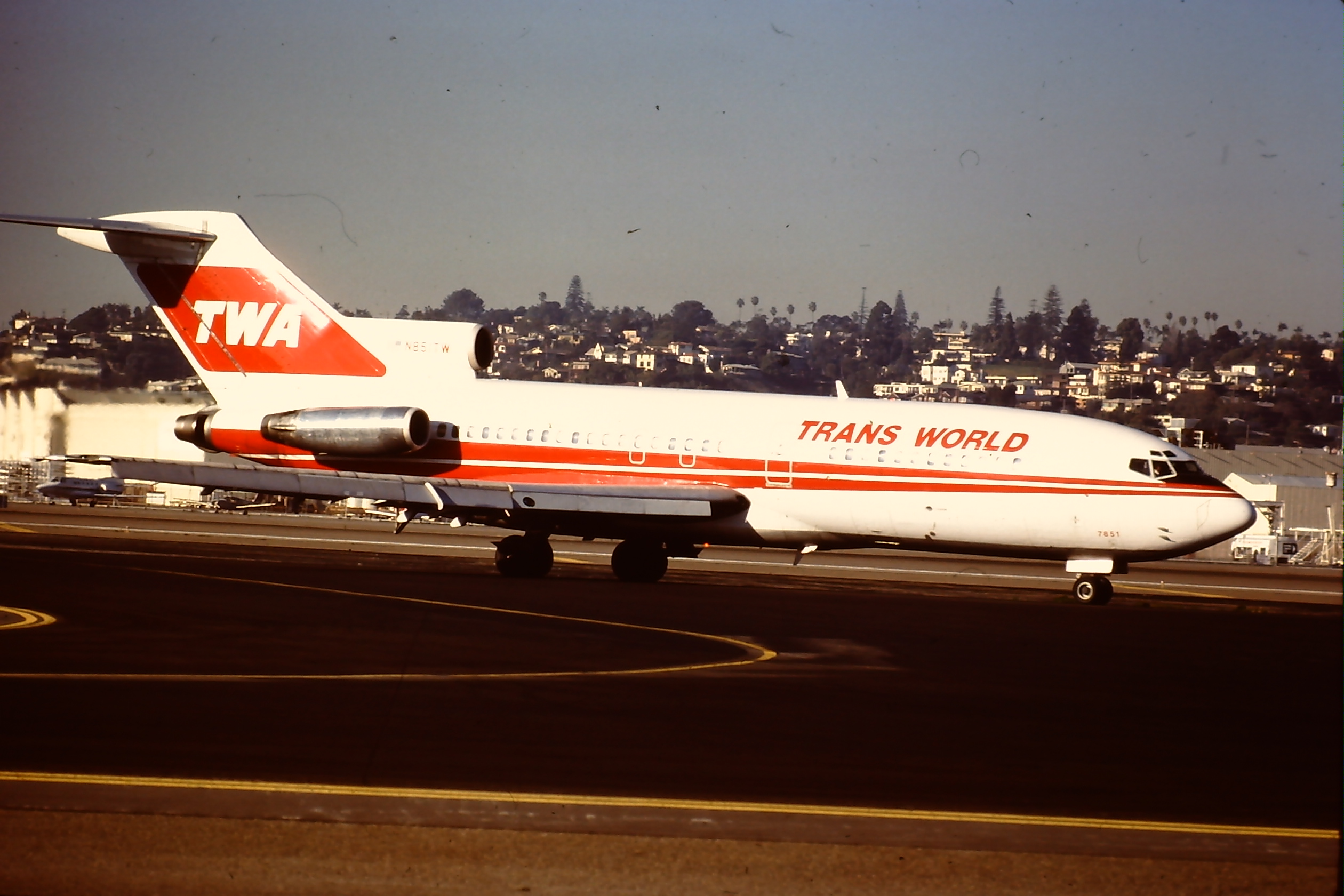 Flight training and checking efficiency comes from the realism examiners and instructors can safely expose crews to during emergency and abnormal conditions in a simulator.  For example, engine failure in the aircraft can only be simulated by reducing an engine throttle to idle. Even though instruments will continue to show an operating engine, a retarded throttle is a give-away as to which engine has been simulated failed.  In a Full Flight Simulator, when the instructor fails an engine, the instruments, controls and flight characteristics are nearly identical to an actual aircraft engine failure, which greatly enhances training.