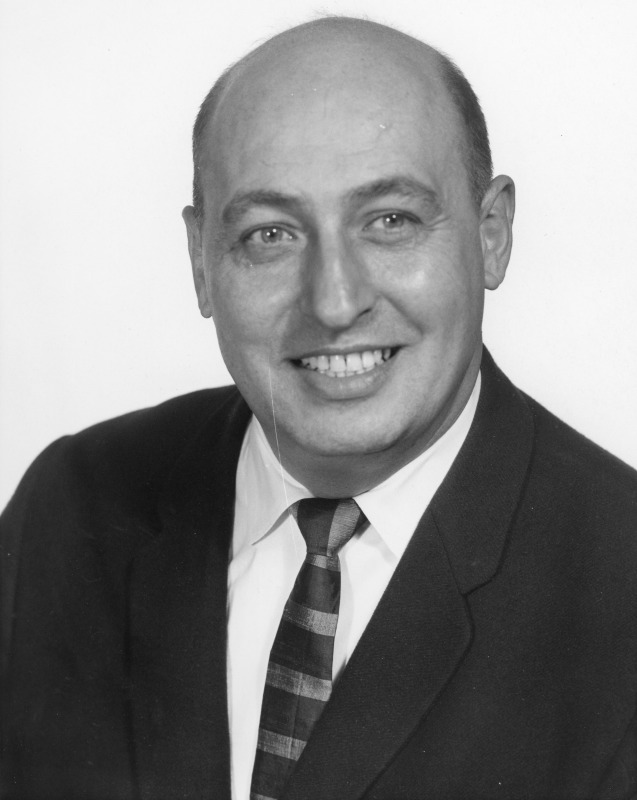 Philip Bono was an engineer for the Douglas Aircraft Company, later McDonnell Douglas, during the space age of the 1960s. Bono was a proponent of reusable, single-stage-to-orbit launch vehicles that used rocket-assisted, vertical takeoff and landing. Bono believed this to be a simple, cost-effective spacecraft design resulting in more efficient space travel. 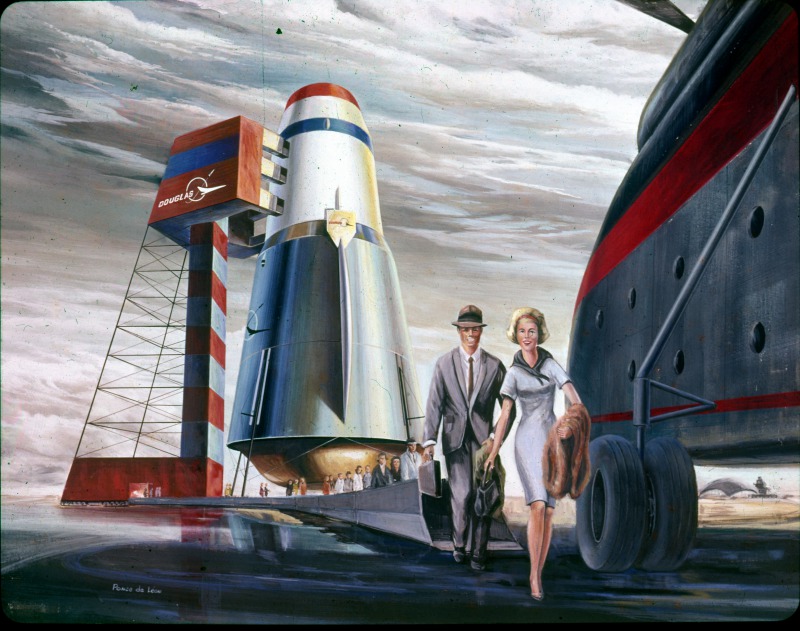 He also designed Hyperion, seen below, which would have used a rocket sled launch for horizontal takeoff and vertical landing. Additionally, Bono’s designs used a plug-nozzle engine for launch that doubled as a heat shield during re-entry. 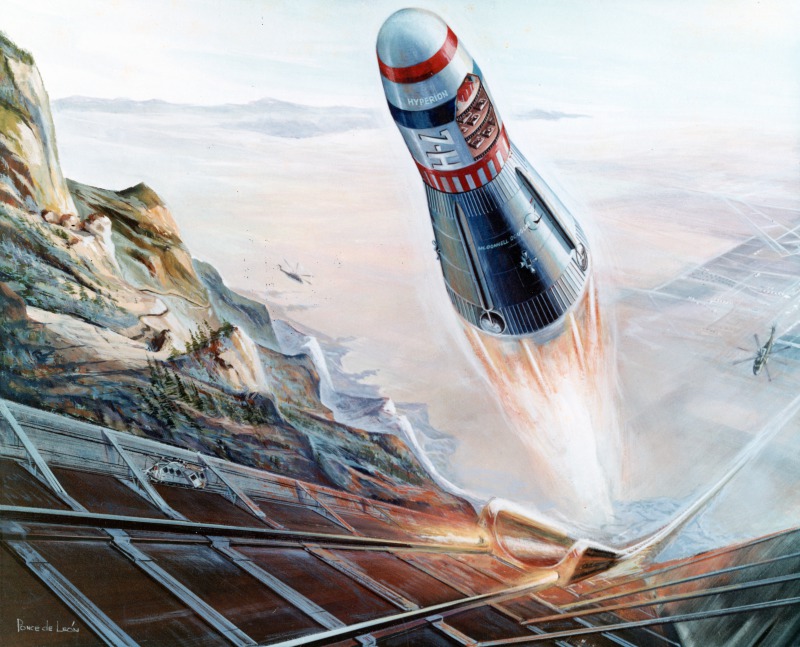 Bono’s designs were not implemented by NASA. They believed it would be too risky for an industry still in its infancy. However, Bono’s innovative designs found life in Michael Ponce de Leon’s art. 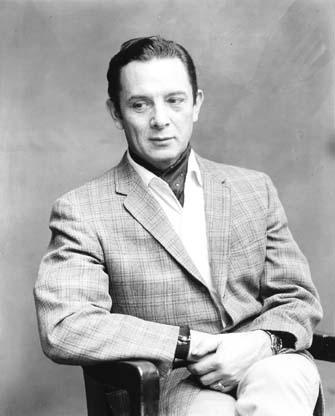 Ponce de Leon served in the United States Army Air Forces during World War II. He returned from war to New York City where he enrolled in art school. He spent his life teaching and exhibiting art at various institutions in New York.

The San Diego Air and Space Museum holds the Philip Bono collection, and the collection's finding guide can be found here. Many images from the collection have been digitized and placed on Flickr, including many other works by Ponce de Leon.