Two of the most prized possessions in the Museum's collection are a pair of logbooks recording events related to the 103rd Aero Squadron from the First World War.  The 103rd squadron was the first American combat squadron to see action in the War, and was initially comprised of 17 pilots from the famed Lafayette Escadrille, the French squadron made up of mostly American volunteers.  One of the logbooks contains a record of the flight operations of the squadron, including hours flown and a narrative about each day's activities. Some of these reports, listed as the "Nature of Patrol" are quite interesting and detailed. 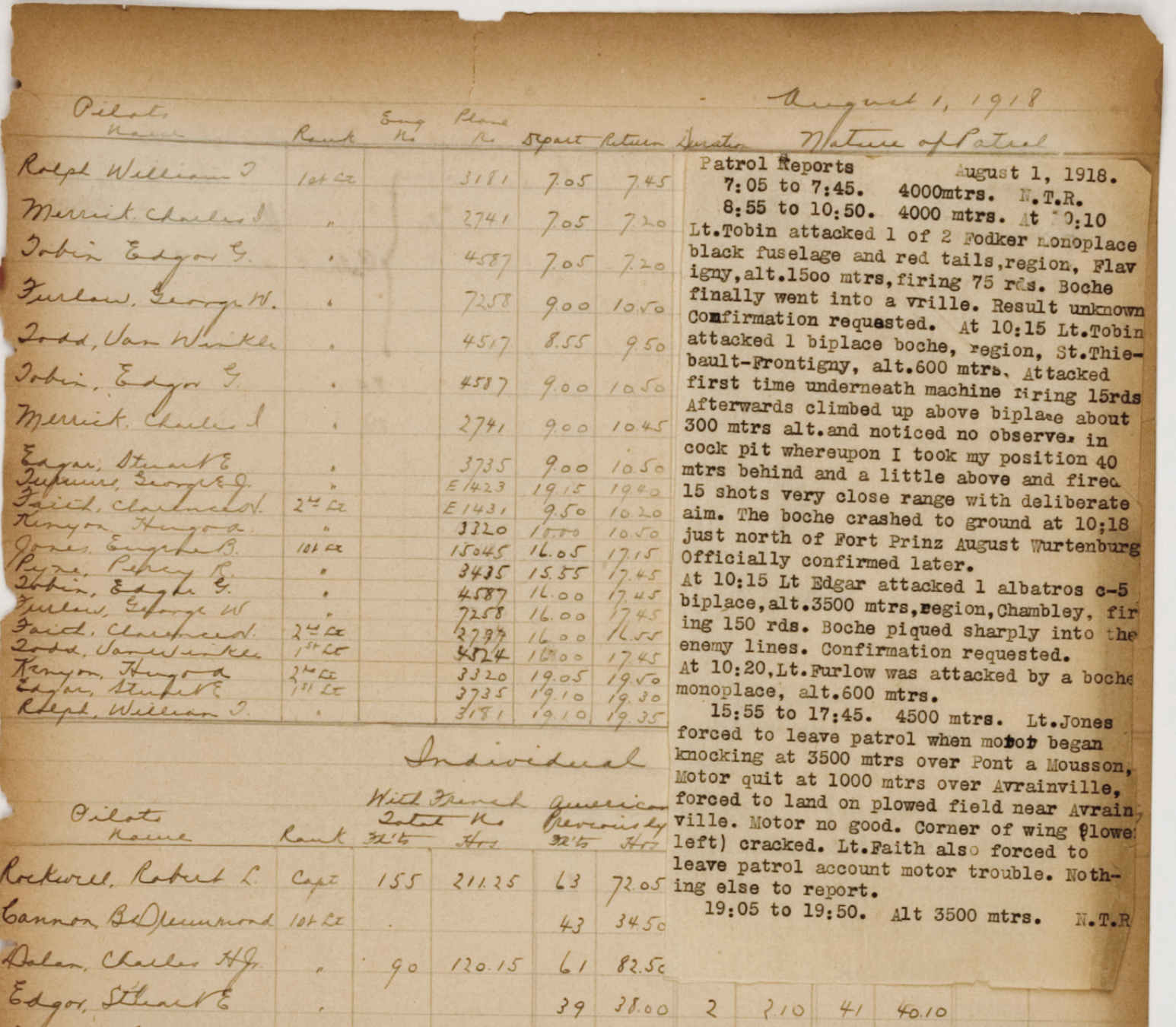 The flight log and combat patrol report for August 1, 1918 for the 103rd Aero Squadron.

The other logbook records more the Squadron's more mundane activities not related to flight, such as the names of new squadron members, or where the 103rd was stationed.  This book spans the period when the squadron was formed till when it returned to the United States after the War. 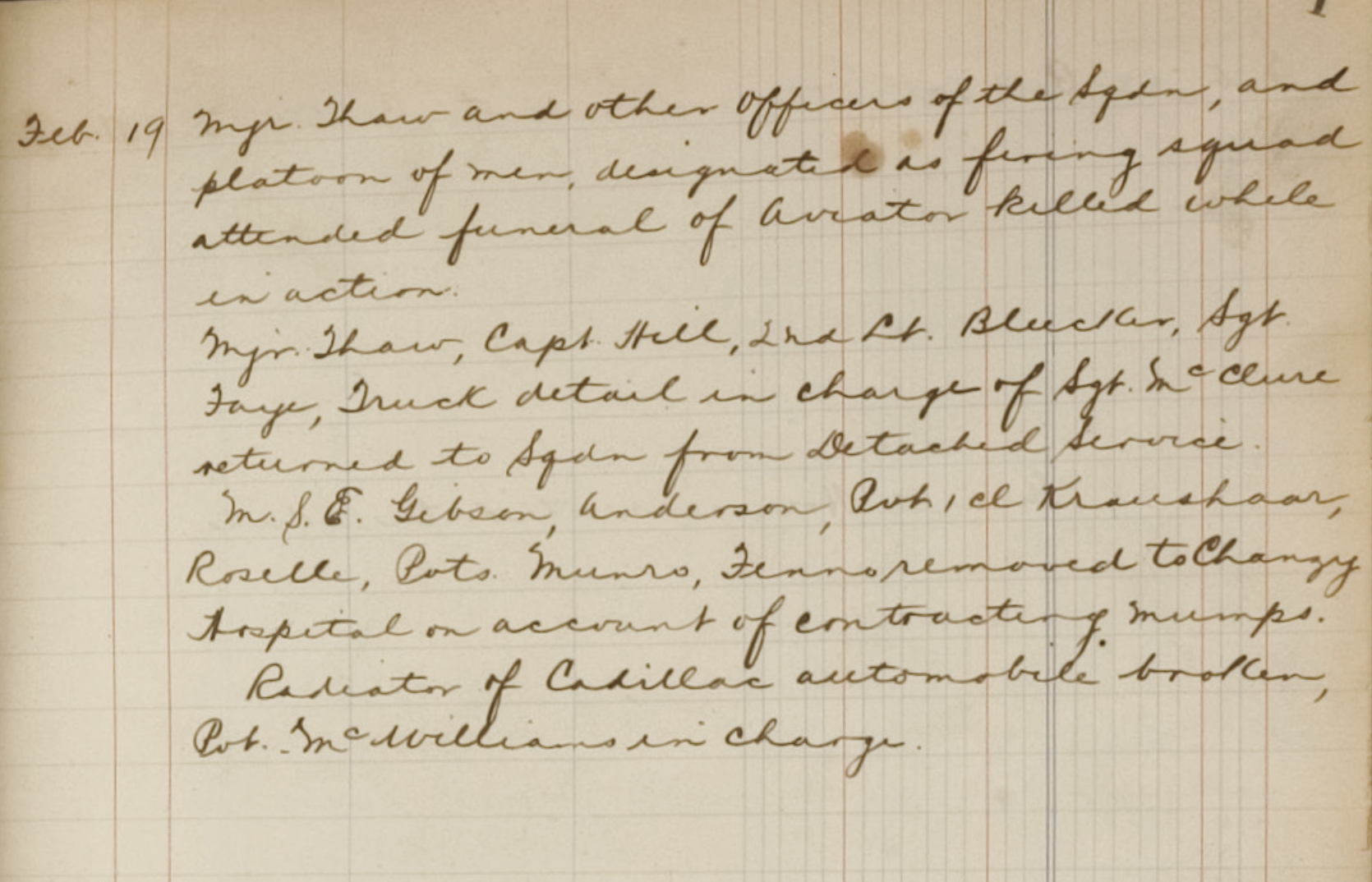 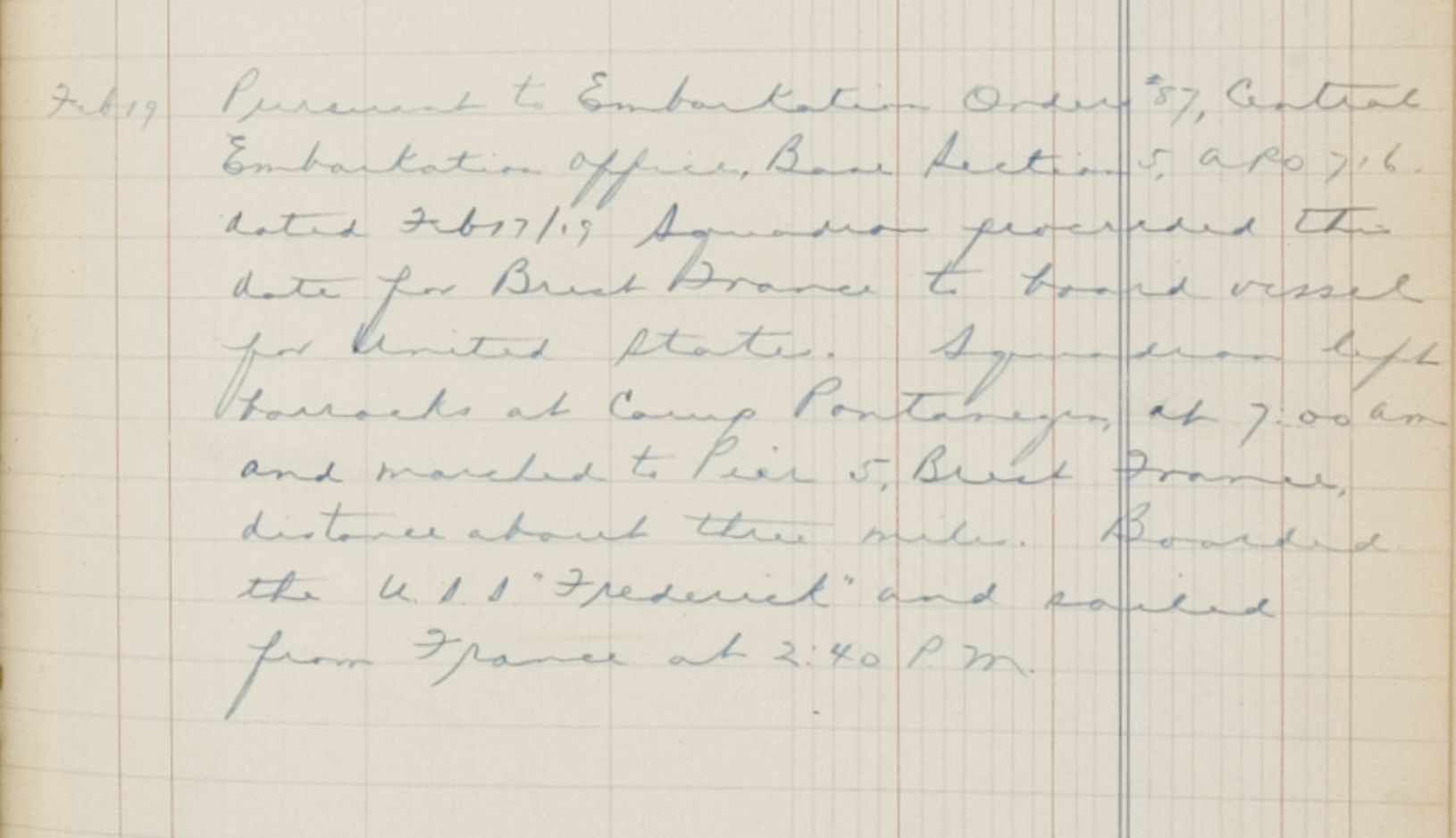 Recently the library undertook the process of restoring these logbooks. The digitization of these log books means that the can be used by researchers without additional wear and tear.  And in 2020, the activity logbook were transcribed by Steve Ruffin.

Both the Logbooks and transcription can be found here on Archive.org.